A new statue stands at the southeast corner of Central Park–Ancestor, a nearly twenty-foot-tall sculpture by Bharti Kher, presented by Public Art Fund, on view through August 27, 2023. With nearly two dozen heads springing from her torso, as if emerging from the folds of her red sari, she sparks visions of other multi-cephalous beings, from Ravana, the mythical Hindu king of demons, to Janus, the Roman god of transitions. All gain power from their anatomical additions but wield that power to vastly different effects.

This dark-haired figure seems benevolent, gently smiling. The heads, clustered like outsize adornments rivaling her gold jewelry, are smaller than her own face, suggesting that they are her children. Curator Daniel S. Palmer frames Kher’s sculpture as a “universal mother figure”—perhaps fair given its mythological form (and, to a degree, the faces’ varying skin tones).

Kher’s title does imply a history of reverence that may emerge for viewers through the trompe l’oeil chipped paint covering the bronze surface. But Kher’s process makes this mother far more specific. The work stems from the artist’s series “The Intermediaries,” for which she purchases clay figurines from markets in South India and New Delhi, where she lives, and splices their bodies into composites, which she sometimes scales up. Ancestor, for example, resembles Kher’s 2019 work Artemis, a five-foot-tall piece made of clay, cement, wax, and brass.

This sculpture’s simulated decay is not a general evocation of time, but a studied reference to older source objects, in turn made by other people. Ancestor gestures toward its own ancestry, its own mothers. Future generations would carry all of their traces.

When I visited Kher’s statue with my mother, she was reminded of a proverb expressed at Indian weddings like her own: “May you be the mother of a hundred sons.” Conveying prosperity and fertility, which may be desired, the blessing also carries a bias against daughters and an emphasis on procreation. Kher’s figure may capture the nuances of motherhood and female agency—Ancestor is a small figure made powerful, guarding a throughway and towering above passersby—but she is worn and weighed down by her progeny, too. Perhaps she is not only a god of creation but one of transition, able to morph into any of her chosen avatars.

–Mira Dayal is an artist, writer, and editor based in New York. 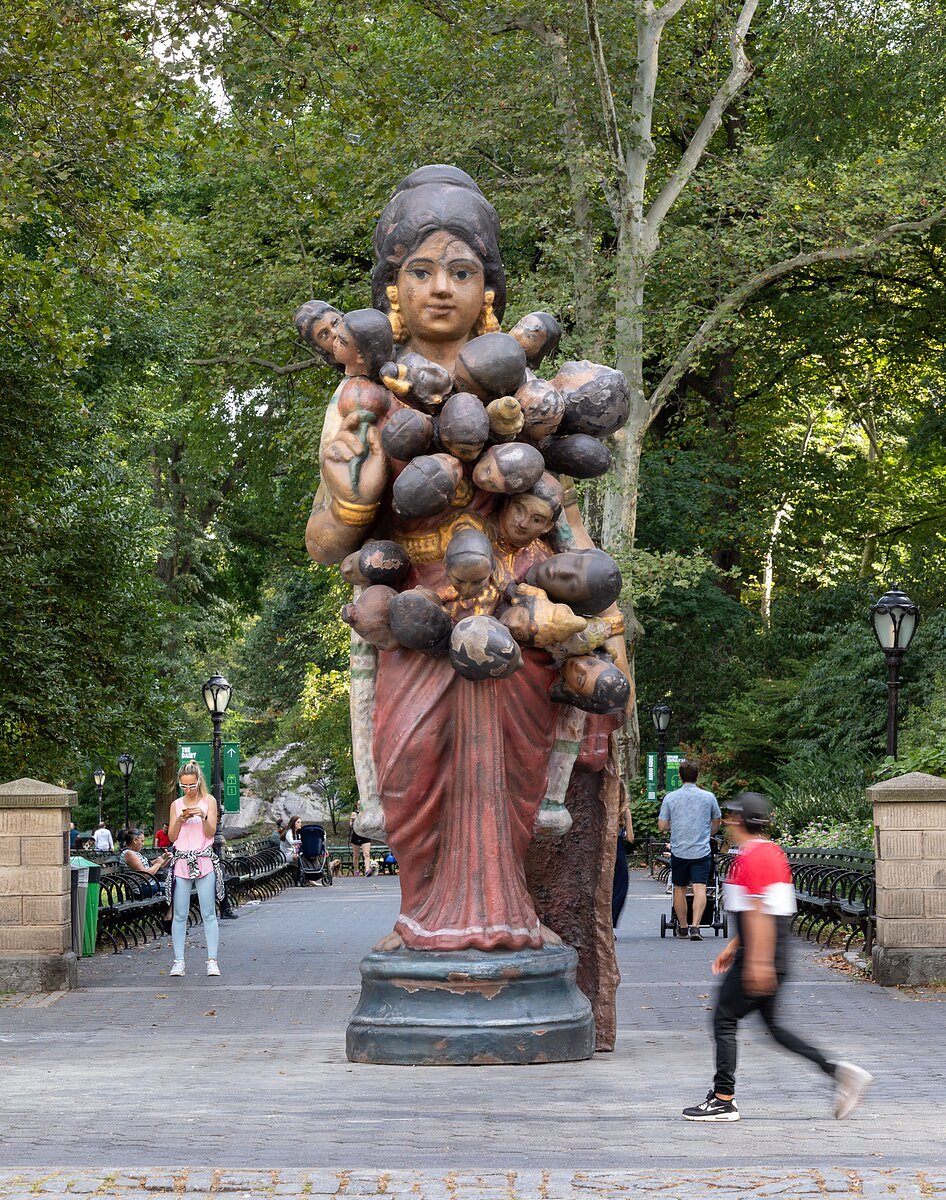 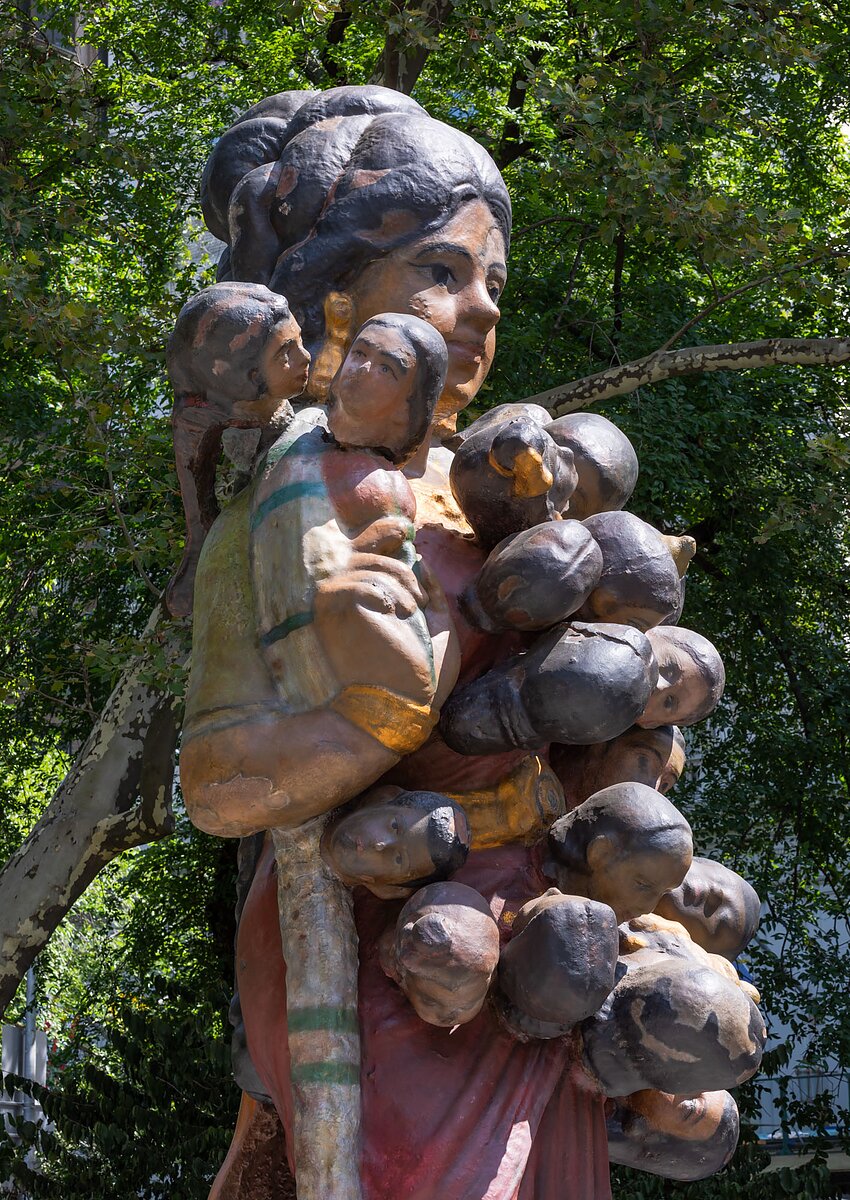 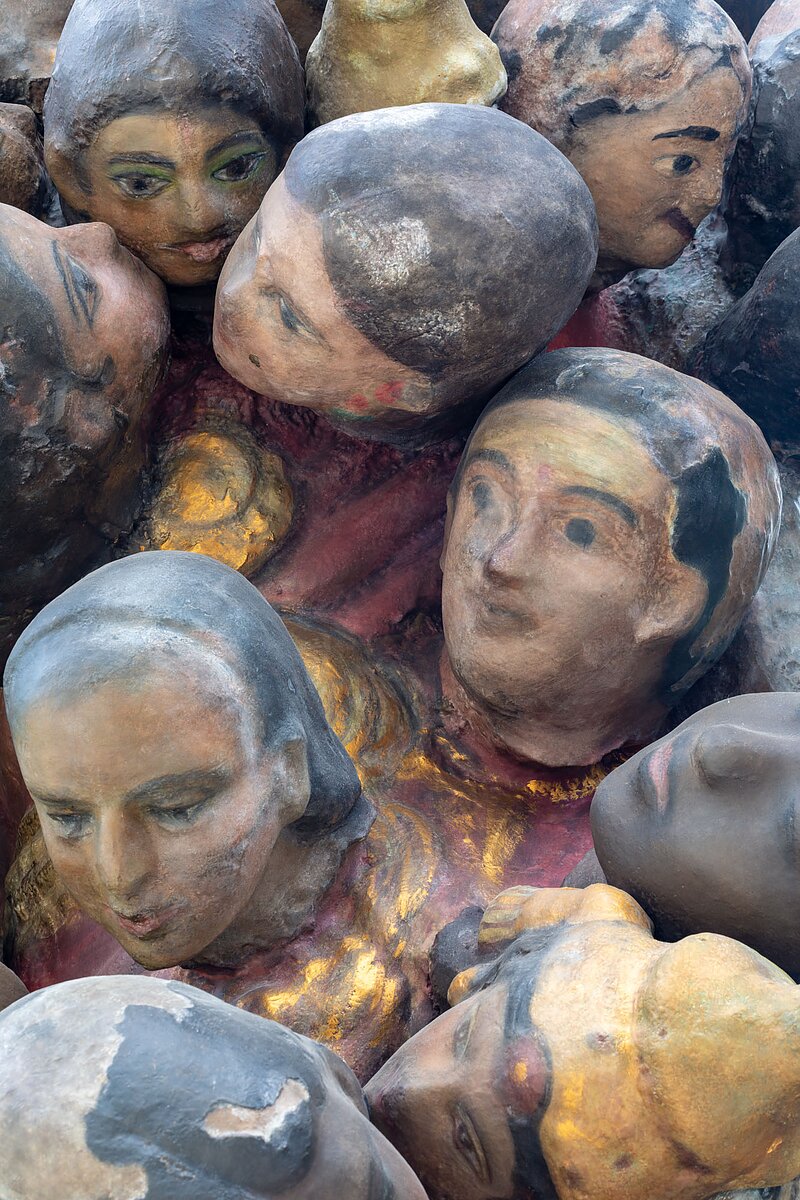