The Intimate Gaze of “Oscar yi Hou: East of sun, west of moon”

“Oscar yi Hou: East of sun, west of moon” is almost impossible to miss. Flanked by white walls, a mandarin-orange square beckons audiences into Oscar yi Hou’s first solo museum show, currently on view at the Brooklyn Museum through September 2023. Titled after a poem written by the artist, the exhibition is comprised of 11 richly layered paintings primarily centering queer Asian people. Most portraits are of yi Hou’s friends and some are of himself. But all of his sitters, ensconced by a kaleidoscope of Western and Chinese symbols and letterings, are rendered in a way that feels uncomfortably intimate, yet unplaceable. This duality—familiar and foreign, East and West, past and present—is constant in yi Hou’s canvases. It maps the artist’s subjects into works that resist easy legibility; and the effect is so profoundly queer and brilliant.

Kicking off the exhibition is yi Hou’s 2020 work, birds of a feather flock together, aka: A New Family. Centered on the orange wall at the show’s entrance, the painting depicts yi Hou and two queer Asian femmes in positions of soft stoicism and measured assurance. Around them, symbols abound: the rooster and ox of the Chinese zodiac calendar; cranes, mid-flight, that represent yi Hou, whose Chinese given name refers to a bird’s cry; golden stars that allude to national flags and western Hollywood imagery; and indecipherable text that suggests both the ruggedness of street graffiti and the fluidity of Chinese calligraphy. Even the placement of the iconography within the painting’s margins is symbolic. Their position works as both border and frame, as if to remind viewers that the portraits are constructed and not reality. The subjects are material and immaterial; their identities at once solid and malleable.

This friction between visibility and opacity, especially for marginalized people like queer Asians, bleeds through the borders of yi Hou’s art. The Liverpool-born, New York-based, and ethnically Chinese painter draws inspiration from many artistic and cultural references. Some are based on stills from Hollywood cinema. For example, Sayonara Suzie Wongs, aka: Out the Opium Den (2022), reinserts East Asian femmes into a promotional postcard for the 1957 film, “Sayonara,” which originally featured actors Marlon Brando and Miiko Taka. Others cite Asian artwork from the Brooklyn Museum’s collection, like in yi Hou’s Girl with the Dragon Tattoo: aka Bushwick Bleeding Hearts Club (2022), which references a jade sculpture of a mother tiger and her cub holding each other gently.

But it is perhaps the second half of the exhibition where yi Hou best navigates the murky and shifting tides of identity. The four-painting series “Coolieisms” feels distinctly and deliberately queer. Kink gear like burglar masks, as featured in Cowboy Kato Coolie, aka: Bruce’s Bitch (2021), and a whip disguised as a queue braid in Cooleisms, aka: Leather Daddy’s Highbinder Odalisque (2022), are just some of the adornments that make an appearance in yi Hou’s series. The figures are as beautifully rendered as his other works, but these portraits are not so much reinsertions of queer API into Western imagery as they are reimaginations. They occupy an in-between mythological space, a site of refusal, that relieves the tension often found in representational politics. When yi Hou taps into it—combining his characteristic symbols and loud strokes with references from homoerotic artists like Tom of Finland, and historical East Asian figures like Bruce Lee and the Chinese “coolie” laborer—he achieves something like flying. He soars.

Wilson Wong is a writer and editor based in Brooklyn, New York. 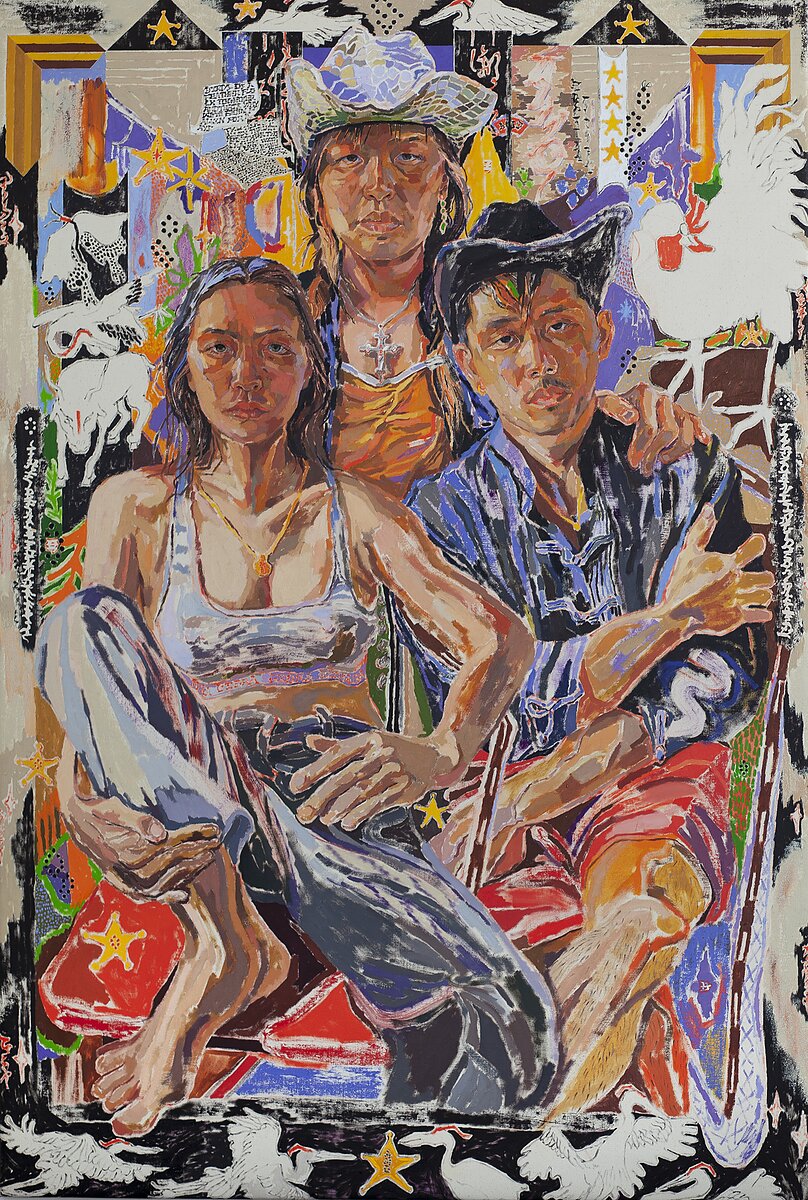 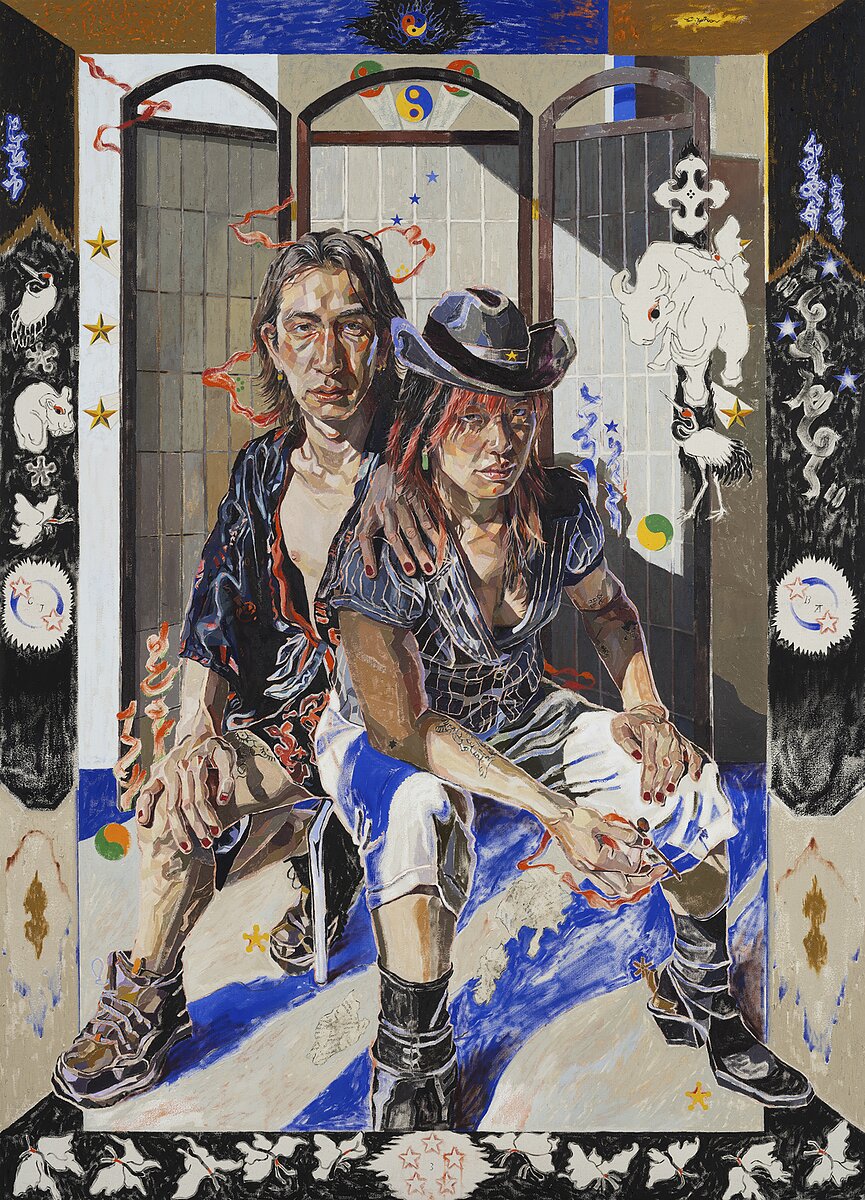 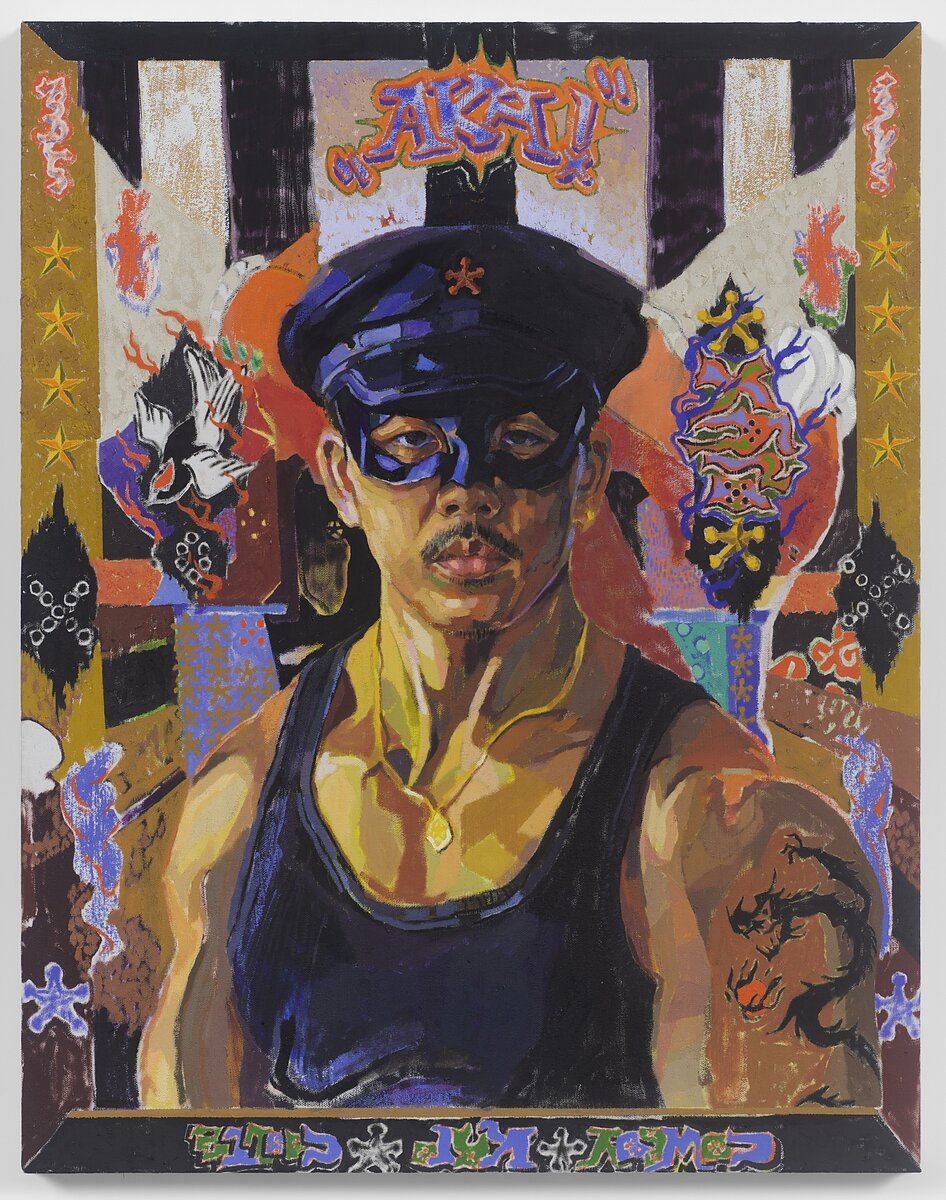 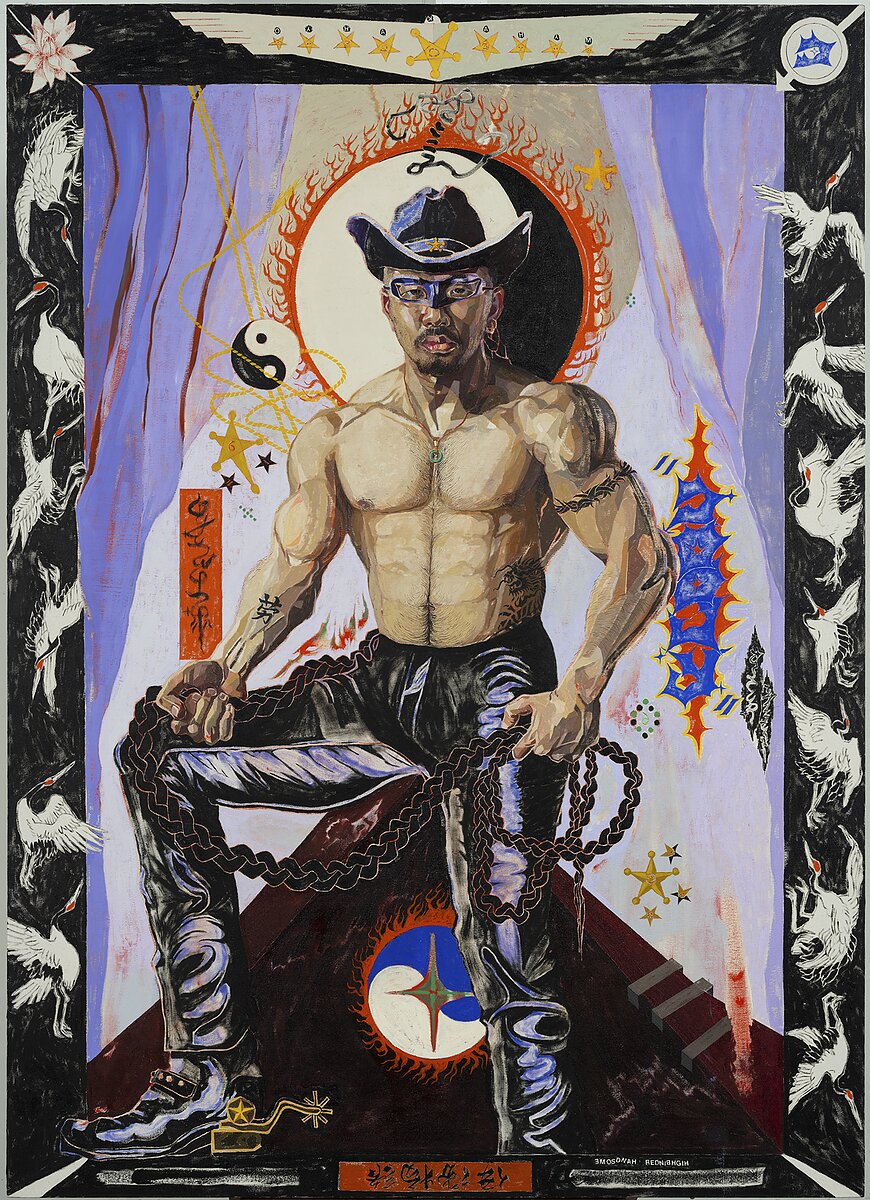