Framing Visibility in “Photographic Justice: A Tribute to Corky Lee”

Located at the Hon. Charles P. Sifton Gallery at the U.S. District Courthouse in Downtown Brooklyn, the second iteration of “Photographic Justice: A Tribute to Corky Lee” (extended through the end of December 2022) features an expanded roster of over 30 photographers paying homage to the life and work of Asian America’s leading documentarian, Corky Lee (1947-2021). The first iteration of the exhibition was hung at Pearl River Mart and curated by Karen Zhou, Joanne Kwong, and Chee Wang Ng.

Past security and around the bend of the courthouse entrance is a wall of Lee’s own photos, including his iconic 1975 images, Police Brutality in the Rally for Peter Yew and 20,000 New Yorkers in Anti-Police Brutality March. These black-and-white photographs embody the spirit of Asian American organizing that generated Lee’s prominence in and importance to the community. Hung directly below in juxtaposition are Lee’s millennial photographs, Fireman Benny Hom 9/11 First Responder and 9/11 Sikh Candlelight Vigil, two images that suggest the wielding of the American flag as a patriotic, potentially even overcompensating, gesture of national belonging.

The historical and curatorial leap from Asian American criminality to inclusion demonstrates the breadth of Lee’s activism in the long fight for racial citizenship, portending the photographs that followed in the exhibition. Curated solely by Ng, the photographs assembled in this group show reflect Lee’s legacy: steadfastly rallying on the frontlines of protests; documenting endangered histories; or reveling in the people and places comprising Asian America, both banal and extraordinary. 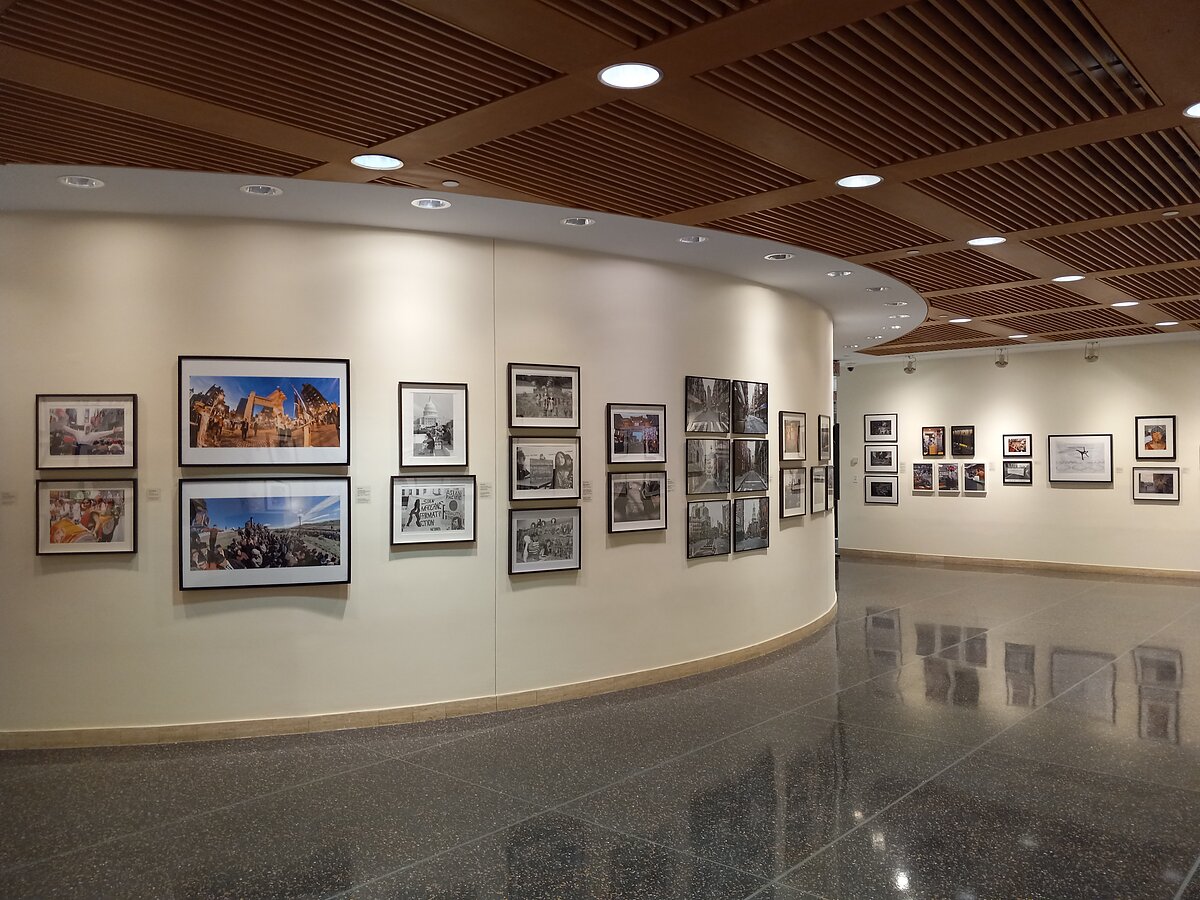 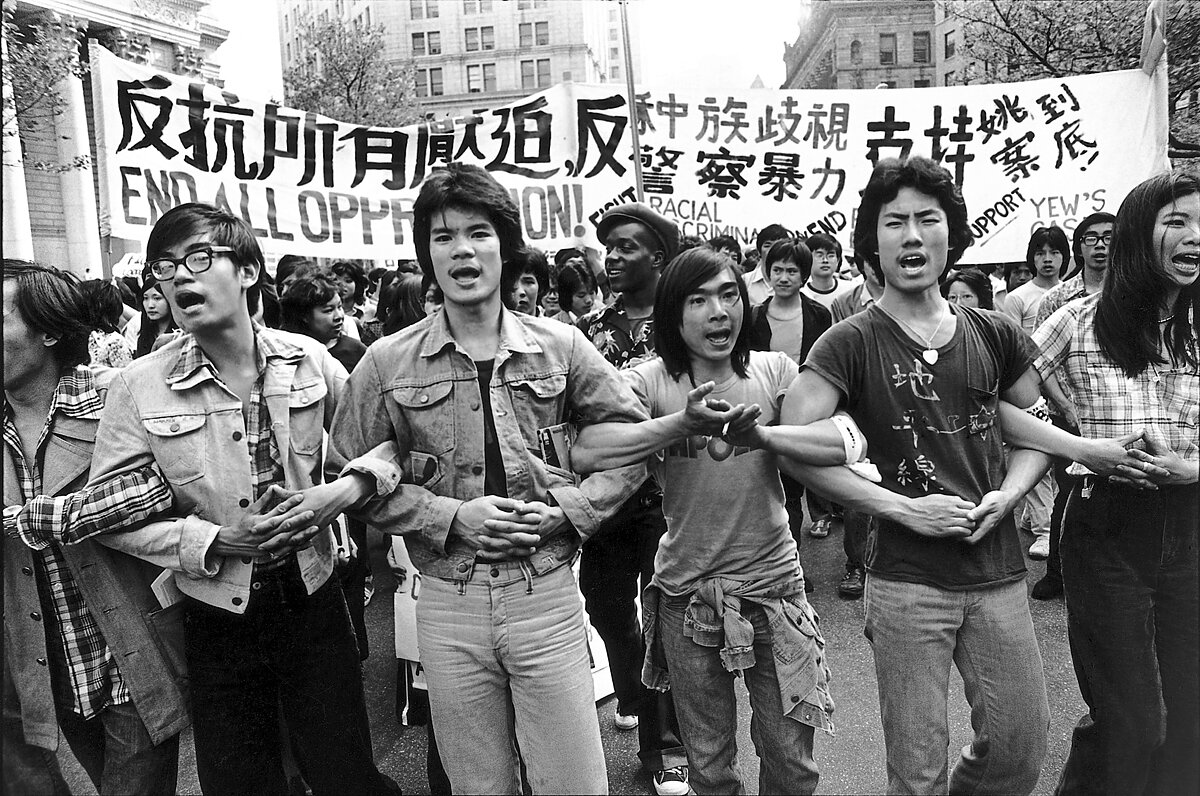 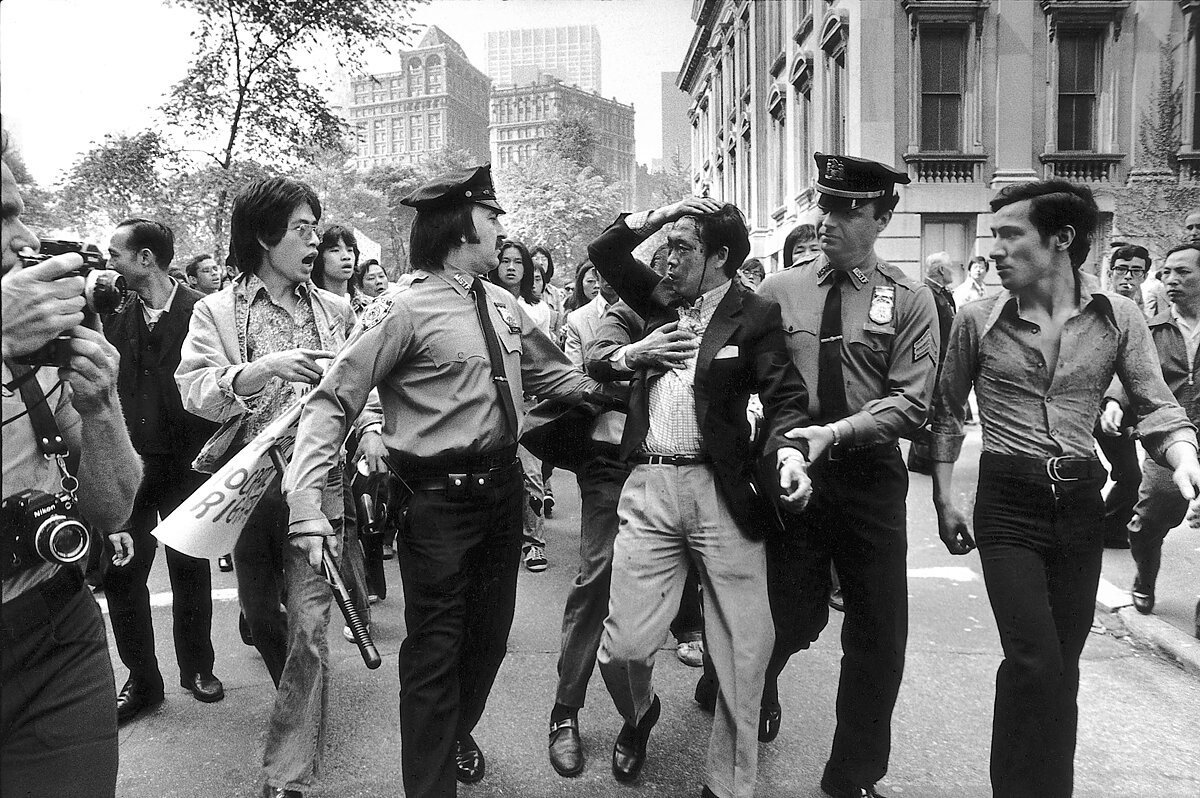 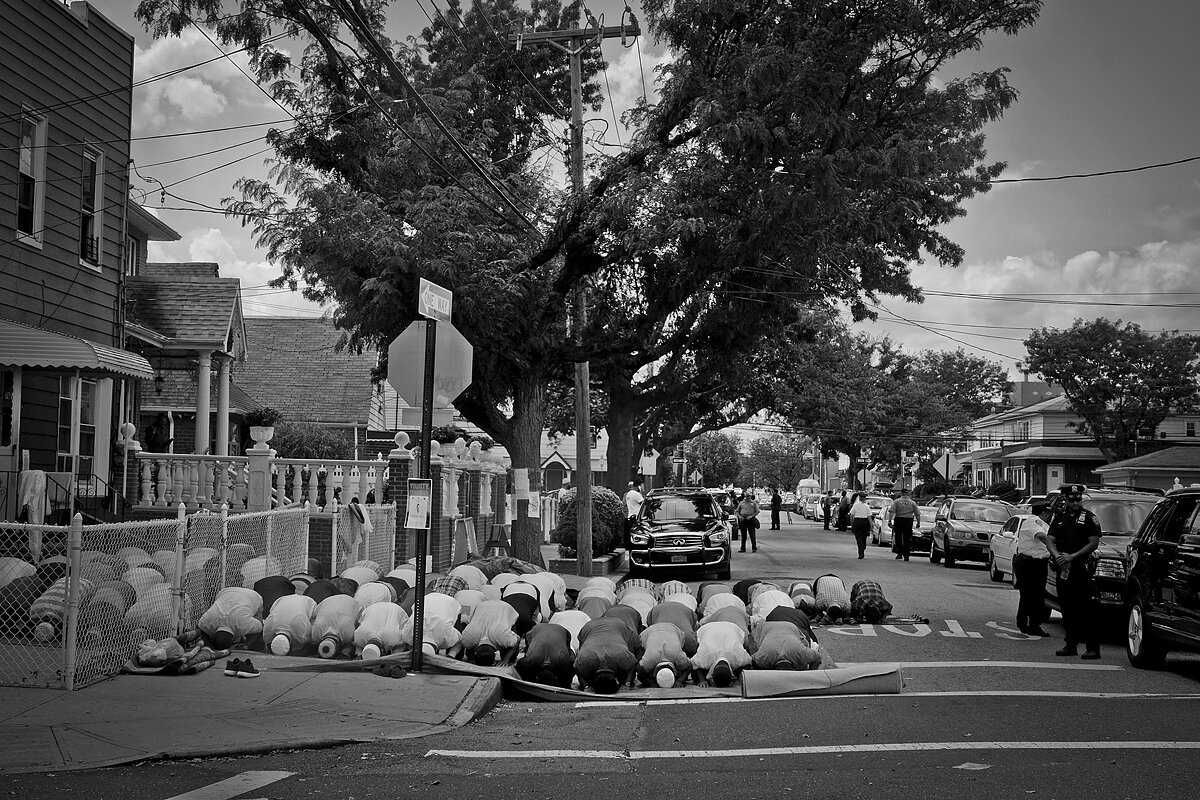 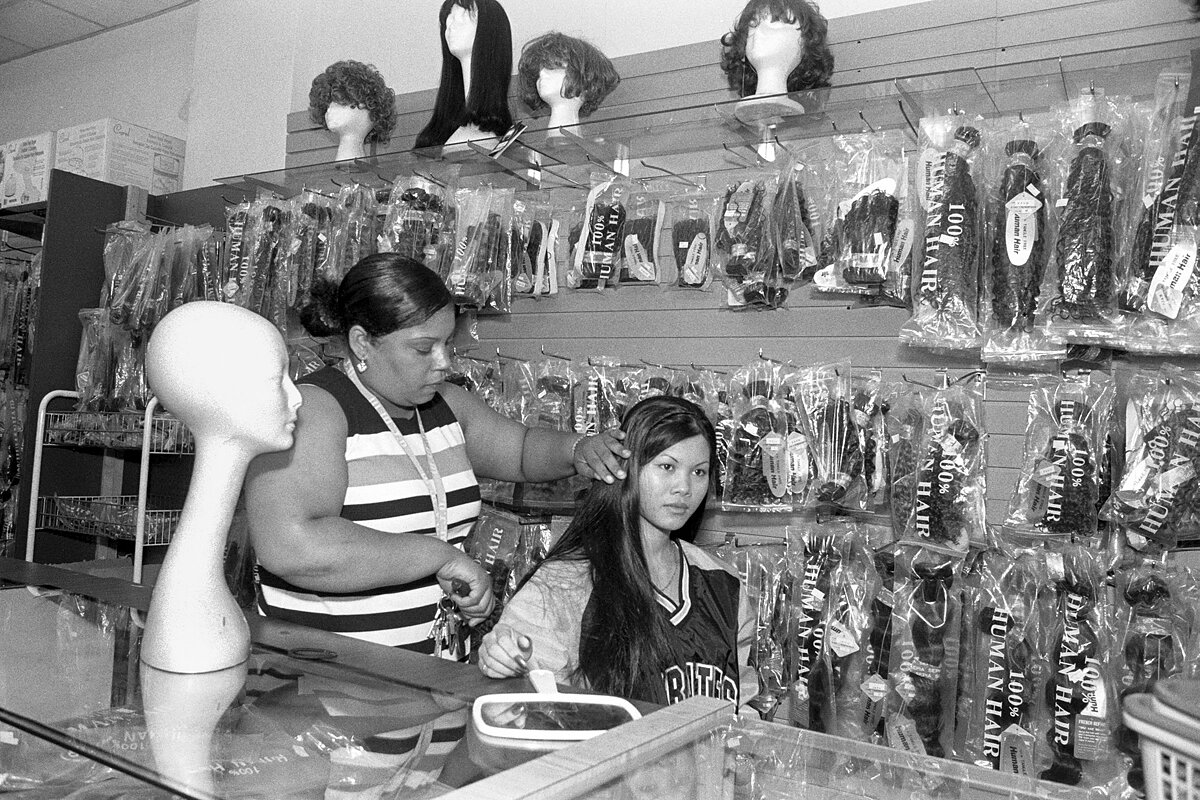 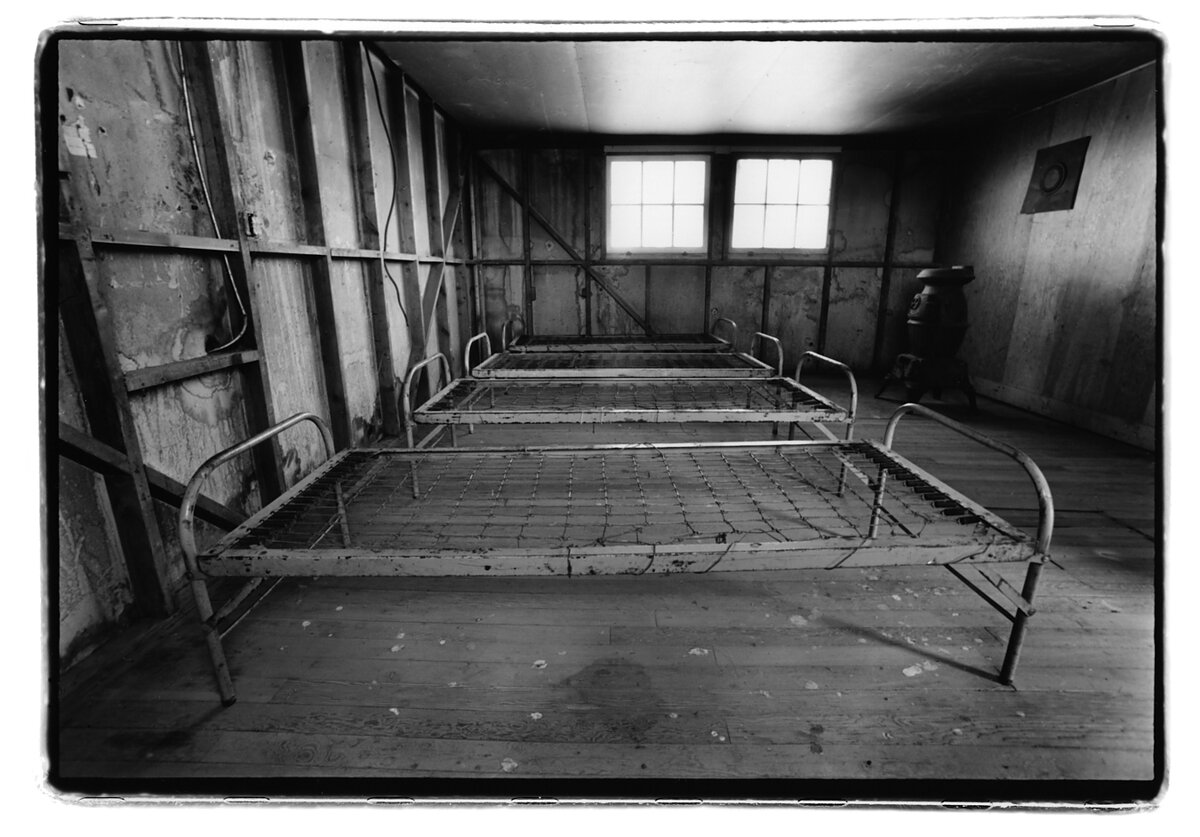 Bangladeshi before funeral prayer - Shooting dead of Imam Maulama Akonjee and his assistant Thara Uddin AI-Furqan Jame Masjid, Ozone Park, Queens, NY. 2016. © 2022 Yunghi Kim.
The display of photographs transect through time and space, with moments of celebration punctuated by reminders of struggle.
The exhibition’s installation in a U.S. courthouse heightens this tension between commemoration and politicization. The site’s mandated prohibition of photography recalls its legacy of surveilling and securitizing racial populations–lest we forget the use of photography to enforce Chinese exclusion at the turn of the 20th century. The ambivalence of the photographic medium as a technology of both capture and memorialization reveals the importance of the embodied activism that Corky Lee so modeled outside the frame: not just to see or be seen, but to also compel tangible change.

–Jacinda Tran is a writer, researcher, and teacher based in Brooklyn, NY (Lenapehoking). She is currently finishing her PhD in American Studies at Yale University, and working towards her first book project titled “Search and Destroy: Southeast Asia/ns through the Lens of US Visual Warfare.” 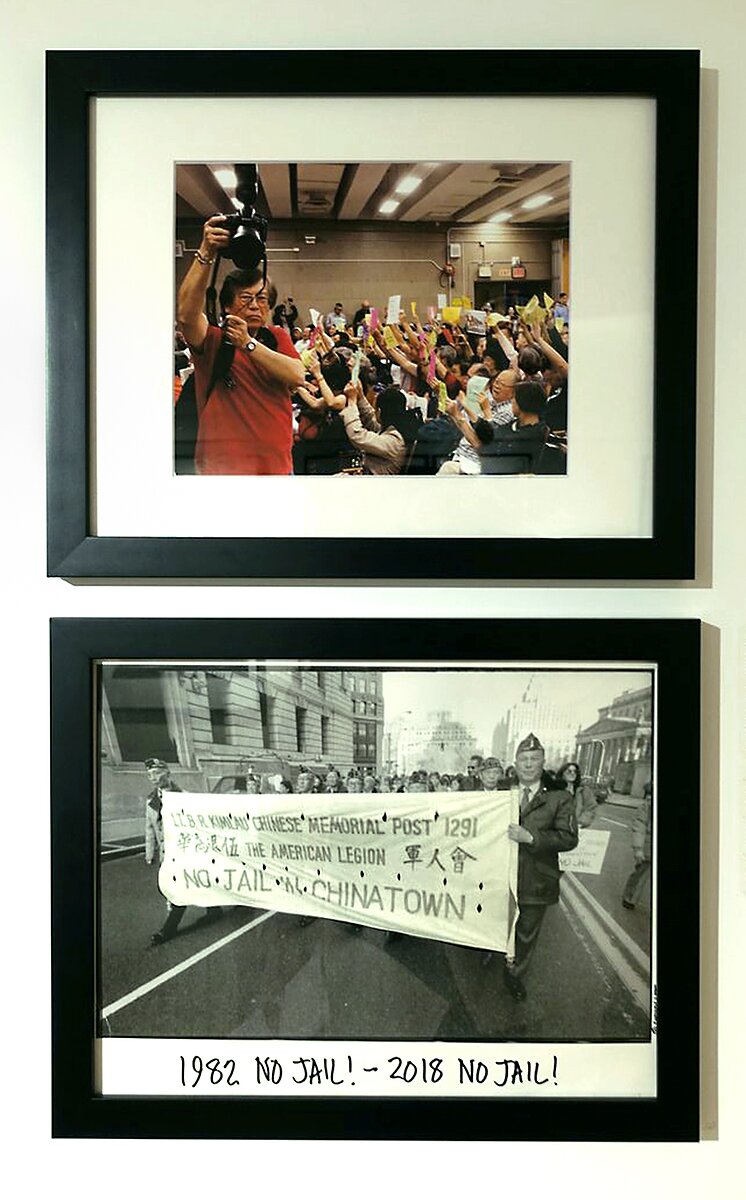 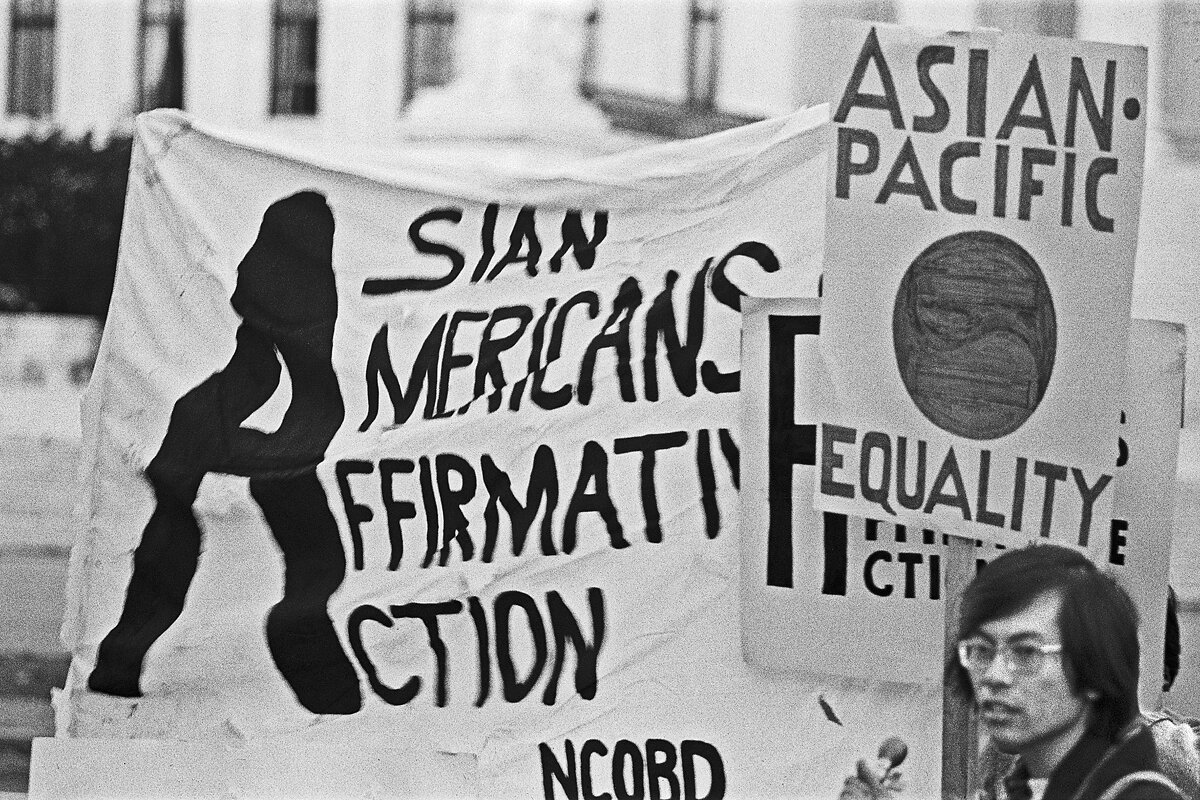