Right now, the pioneering Indian artist Rumanna Hussain is having her first solo institutional show in New York at the newly reopened Institute of Arab and Islamic Art (IAIA). The exhibition, titled “The Tomb of Begum Hazrat Mahal,” is not far from where she first showed her work in the city back in 1998 at Art in General. Then, New York Times critic Holland Cotter wrote, “It begins with suspended pieces of dark cloth suggesting veils worn by Islamic women and continues with a few photographs.” The same opening lines could be used to describe Hussain’s current show, which begins when you step into the compact bookstore and gallery space at IAIA’s new Christopher Street space.

Written on one of the walls of the bookstore is the text from Hussain’s 1998 performance piece, “Is It What You Think?”: “Where does she belong? Is she behind a veil? Have you defined her?… Has she joined a revolution?… Has she fought for her rights?… Is she the Other?… Did she die for it? Or does she sit behind her veil?” These lines set the tone for the larger installation piece in the next room and foreground Hussain’s feminist practice exploring issues of the body; identity; and violence, both societal and domestic.

Hussain was a path-breaking contemporary artist who passed away in 1999 at the untimely age of 47. Though she trained as a painter, she defied categorization by moving between painting, photography, performance art, sculpture, and installation. Hussain brought her unique lived experience of being a Muslim woman reckoning with her identity in an India torn by religious strife in the 1990s to the forefront of an emerging conceptual art scene.

In the main gallery space, Hussain’s The Tomb of Begum Hazrat Mahal (1997) is a forceful reminder of the power of Muslim women to change their circumstances.The row of white-and-black photographs along one wall of the tomblike space hold a clue to understanding the installation. Starting with an antique photograph that depicts the titular Begum raising one hand either in defiance or a salute while the other hand is in her pocket, the same hand gestures are repeated several times in the other photographs.

As we proceed along the row of images, the identity of the Begum and the artist seem to merge. The hand gestures first salute a British Envoy, then attempt to erase it, and finally are seen taking up arms against the British East India Company as the Begum did in 1857 when she successfully fought the British and regained control of the kingdom of Awadh for a short while.

Meanwhile, in the middle of the gallery, a simple, stepped grave mound made of uncooked grains of white rice rests on the ground. On top of the rice mound lies two neat rows of halved white papayas symbolizing vulvas and female fertility.

The installation ends as it begins, inside the bookstore with a replica photograph of the British Envoy’s Residence in Awadh and a brass plaque that asks the viewer to deface the photograph.

At a time when Muslim women are again the object of religious and social injunctions and are under attack from the nation-state in Iran and Afghanistan, Hussain’s work lays to rest the tiresome myth of the hapless Muslim woman. By reminding us of our history, she exhumes an exhilarating genealogy of strong fore-bearers to guide contemporary journeys of empowerment.

Shilpi Chandra is an art historian and curator with a focus on contemporary art of South Asia and its diaspora. Her curatorial practice is rooted in making art freely accessible to lay audiences by creating exhibitions that bring people into public and community spaces. She regularly teaches adult education classes on Chinese and Indian Art History and Contemporary Asian Art. 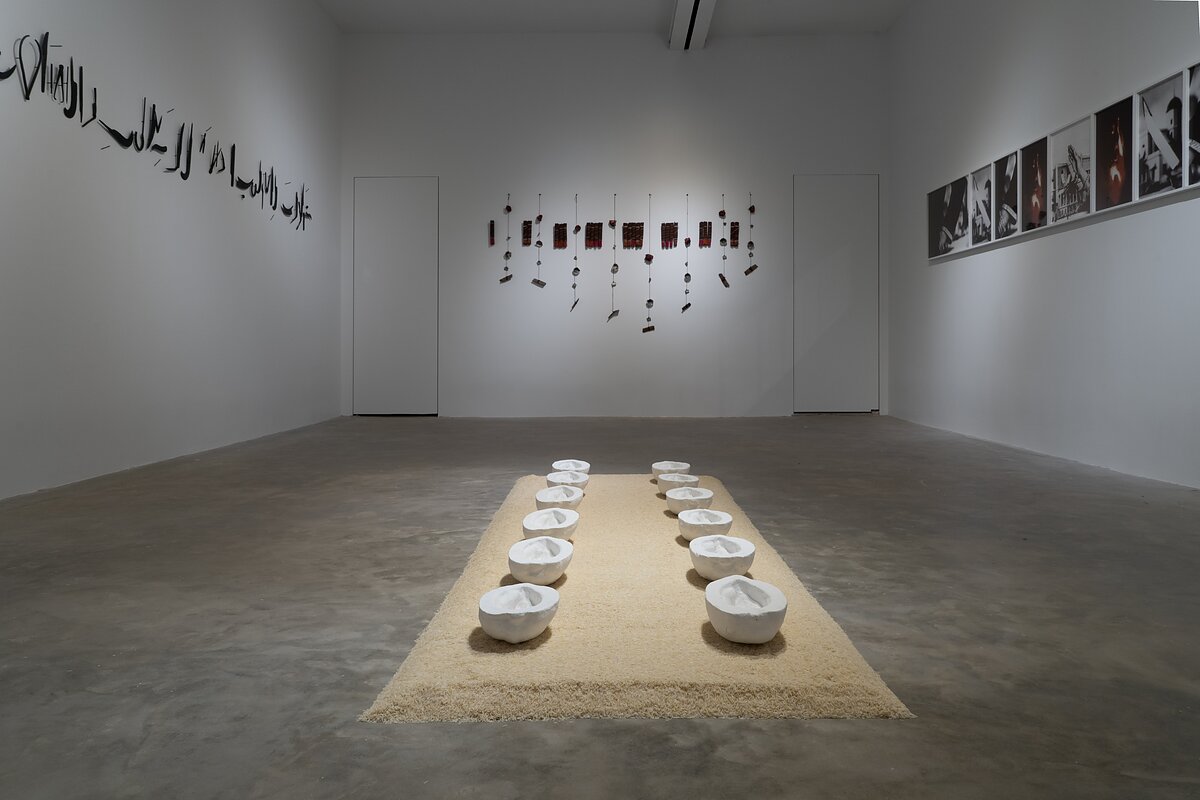 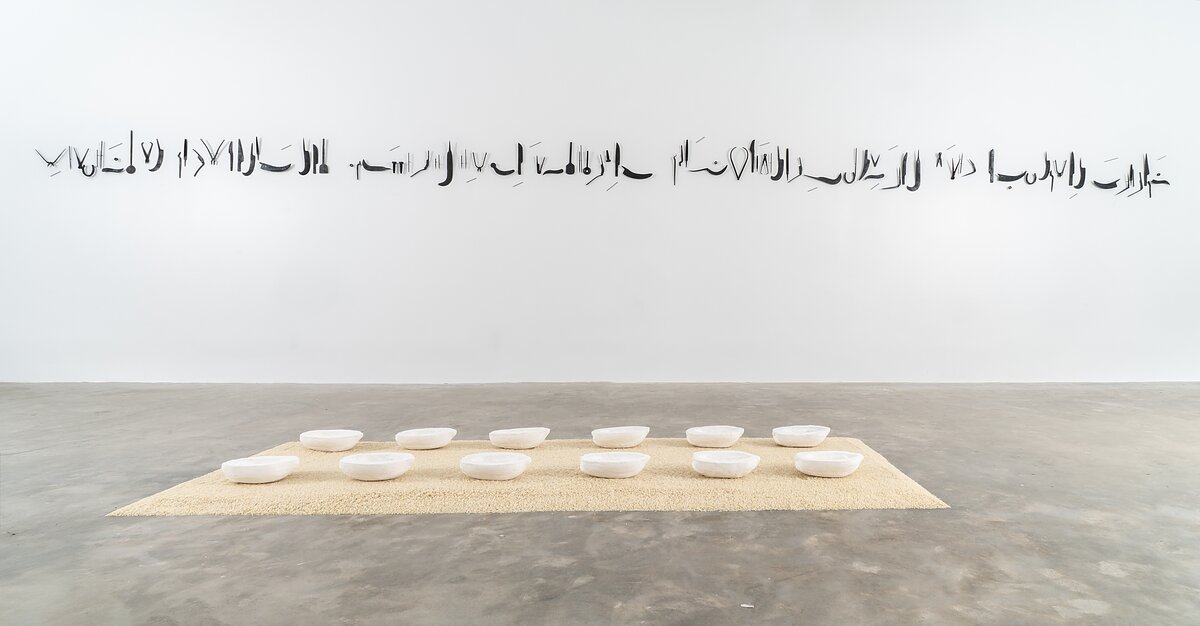 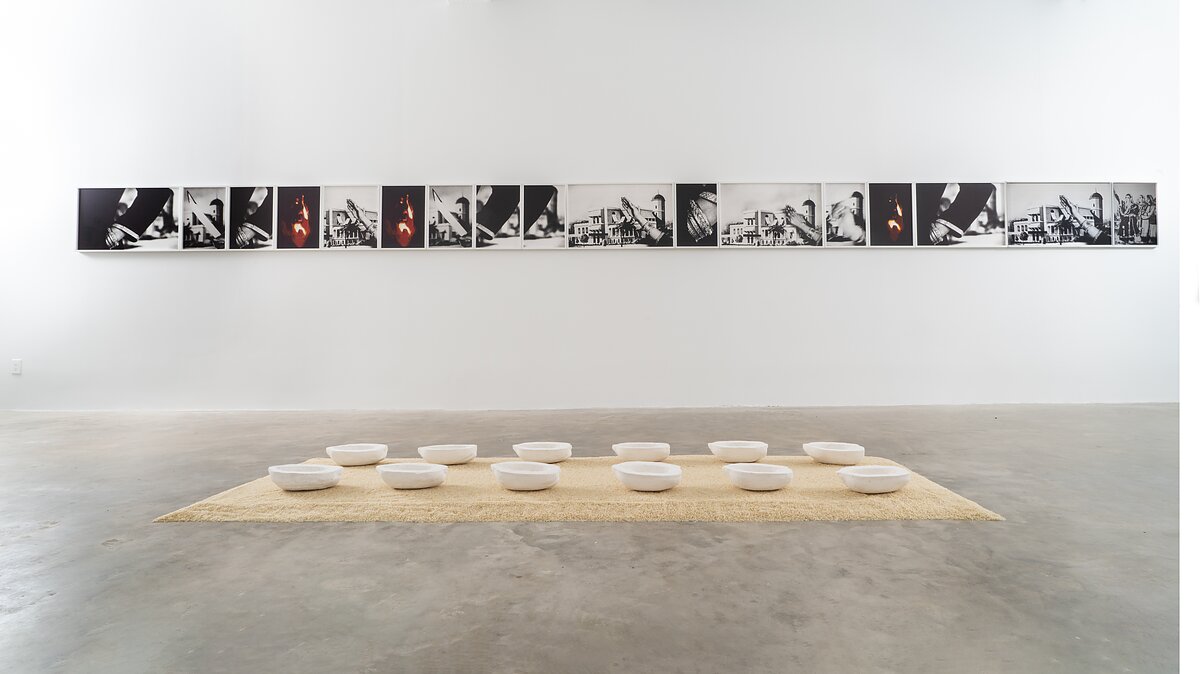 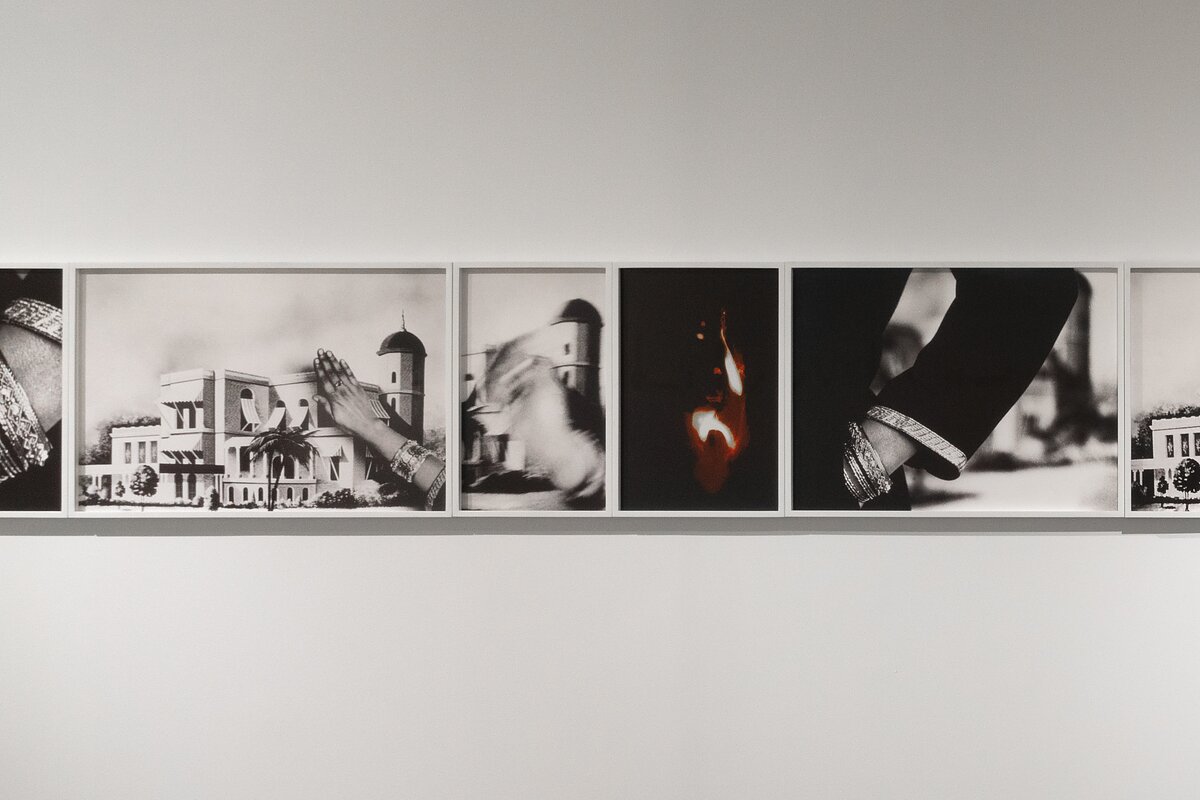