There’s a recurring fight my mom and I have in the living room of our family home, with sordid CNN reports of authoritarian repression around the world playing in the background. The news gradually makes her disconsolate. A few minutes pass before a passionate outburst arrives: “This is exactly like the Cultural Revolution I grew up in!” Memories of poverty, censorship, and unfreedom from her childhood in Beijing cascade. Empathetically but un-rigorously, she associates these experiences with the contemporary plight of Iranian women, the grim oppression of North Koreans, and the historical atrocities suffered by Jewish people under the Nazi regime.

I studied anthropology in college and this ideological imprecision nags at me. Not without condescension, I suggest that perhaps she refrain from universalizing her personal experience, with so little understanding of others’ situations. She retorts that I am privileged, morally slack, and politically naive. Whenever I recount these fights with my mom to my friends, they chuckle and tell me that I’m definitely on the wrong side. Recently, a friend told me, “She literally lived through the Cultural Revolution and sent you to an elite university. Now you’re chastising her with your education from the useless degree you got while there?”

While they aren’t wrong, to me, these flare-ups represent something more than simple interpersonal strife. They are symptoms of a larger, historical problem–a glaring lack of representations of China’s Cultural Revolution that my mom and I can meaningfully share. At Minetta Lane Theatre, Yilong Liu’s play Good Enemy, directed by Chay Yew and marketed with the slogan, “moving forward sometimes means going back,” is an interrogation of this intergenerational Chinese American problem. Unlike my own rift with my mother, in Good Enemy, the issue is that rather than speaking too much, the parent says too little.

Momo, played by Geena Quintos, knows nothing about her father’s past, and with her mother deceased, she doesn’t know how to talk to him about anything other than the weather and the food they eat. Momo’s father Hao (later Howard), played by Francis Jue, falls silent whenever Momo pleads for him to share something about himself. When Momo, frustrated, complains that she’s never known who he was to begin with, he replies common-sensically, “I’m your father.” It’s in unflashy dialogue like this where the play shines, the failures of communication between father and daughter gently suggested rather than loudly proclaimed. 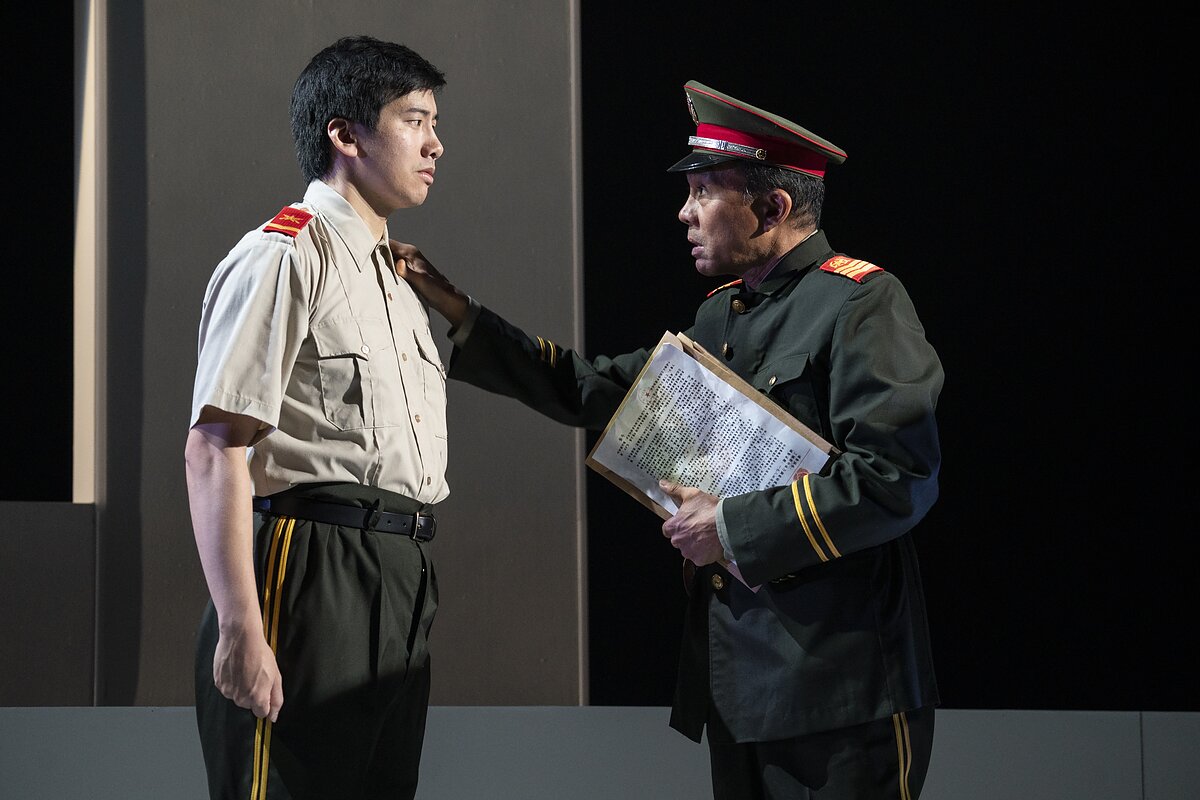 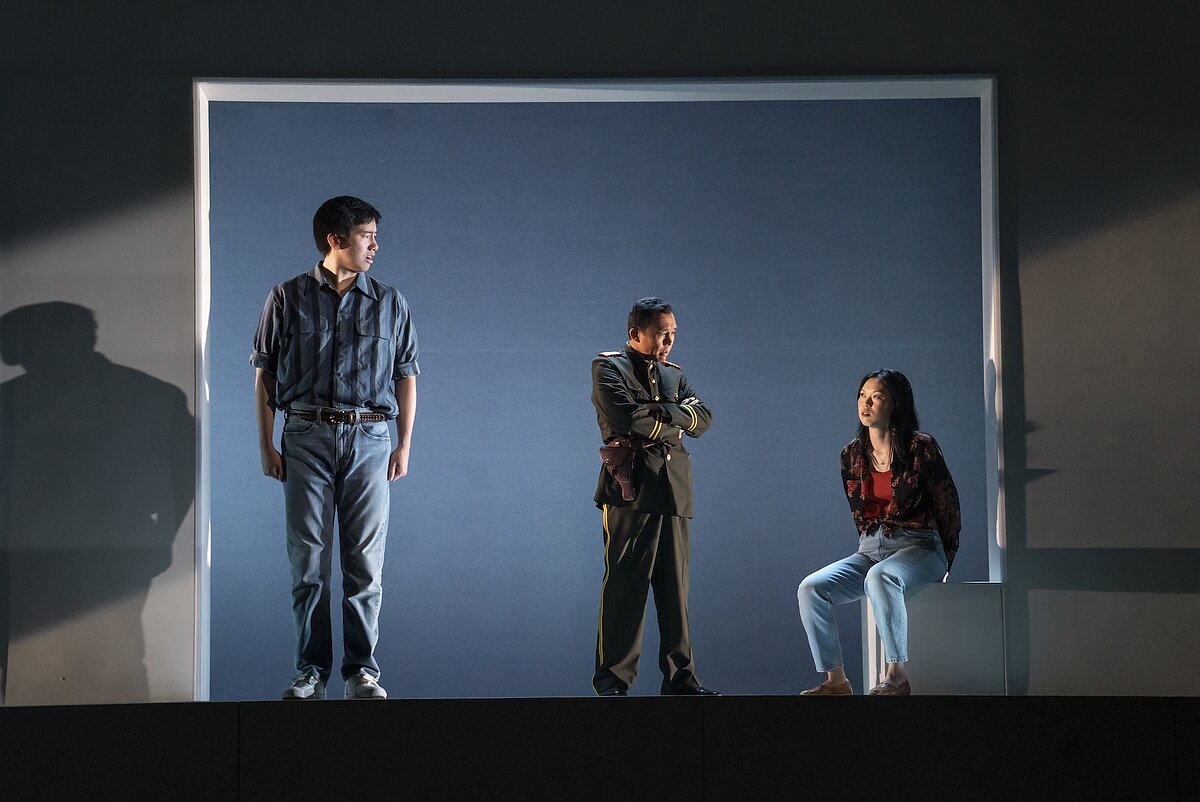 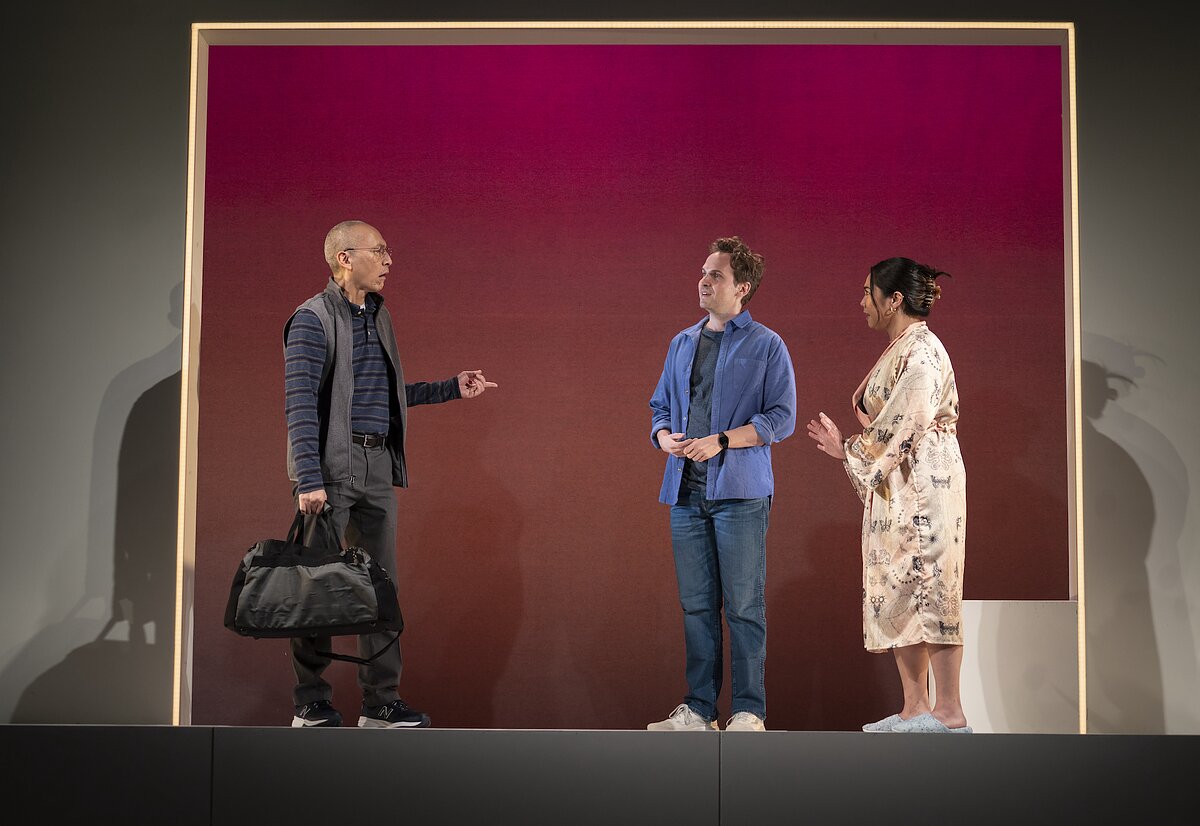 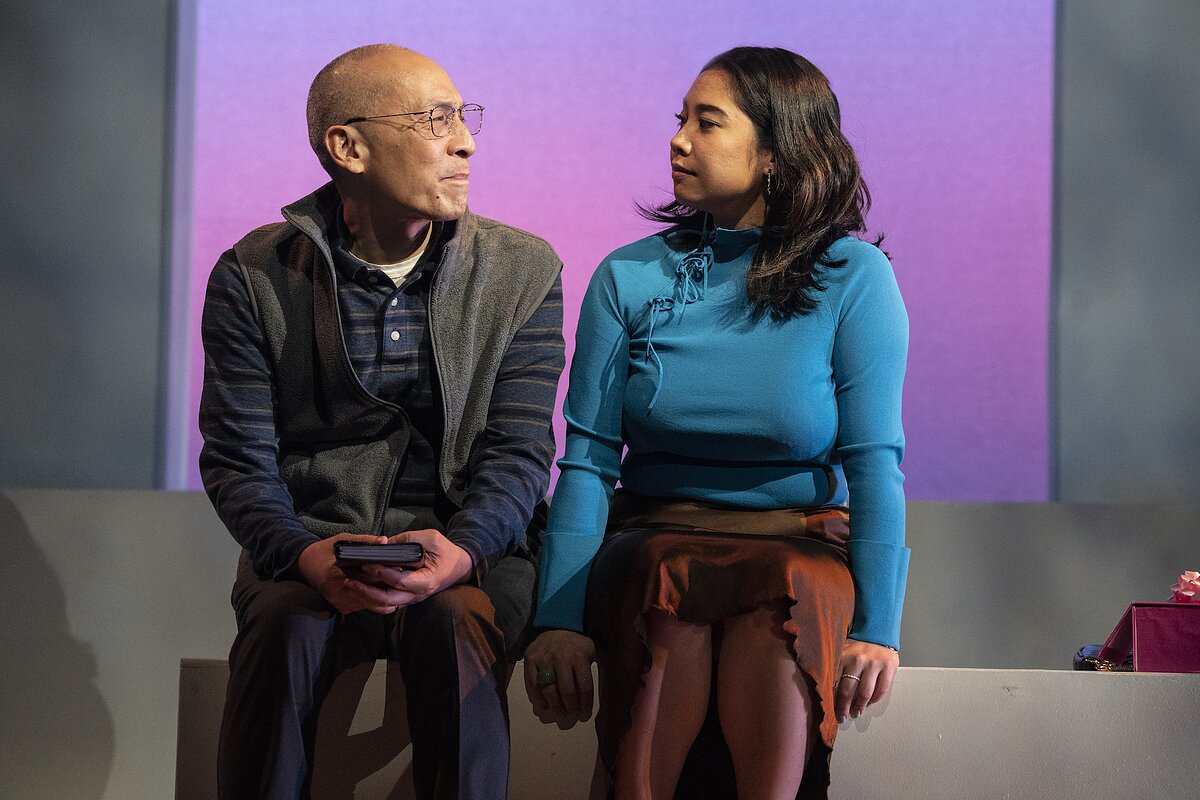 “These flare-ups represent something more than simple interpersonal strife. They are symptoms of a larger, historical problem–a glaring lack of representations of China’s Cultural Revolution that my mom and I can meaningfully share.”

Ironically, Howard reveals parts of his past to people he is far less close with: first Dave, Momo’s ex-boyfriend who Howard recruits to drive him on a cross-country roadtrip to visit his daughter; and then Momo’s current boyfriend, wryly named “White Boyfriend” on the cast list, who Howard discovers Momo is living with. White Boyfriend is deliberately made impenetrable and foreign, and in his first scene in the play, repeatedly says, “I am speaking a line of English,” indicating that all other dialogue in the play is understood to be in Chinese. Howard divulges more about his past to White Boyfriend through Google Translate than he does to any other character. The play gestures at interesting points about intimacy and the possibilities of communication, but it doesn’t quite close the loop.

If the play’s present day is immediately intelligible in its relatability—something the chortling audience clearly found to be the case—flashbacks to Hao’s early experiences in China’s police force feel less pointed and leave viewers the enormous task of filling in the blanks about the social context of the times. In these scenes, the minimalism of the set design contributes to the confusion surrounding what China in the 1960s was actually like. The underground party where Hao infiltrates and meets Momo’s mother could be an intimate soirée in a tiny living room, or it could be an urban basement club. Ambiguity in details like this requires the viewer to supply their own preconceptions about what forms repression took during that time. Is a largely American audience up to this task?

Watching Good Enemy, I felt similarly to how I feel on the brink of fights about the Cultural Revolution with my mom: frustrated at a lack of specificity but aware of how this frustration is an ineluctable product of my identity as a second-generation Chinese American. On the whole, I know my mom has suffered more than me; hence she is more melodramatic than me. In speaking about the Cultural Revolution, she can’t help but rely on imprecise allusions. In all these ways, Good Enemy provided me with a glimmer of recognition both vexing and sweet.

Jasmine Liu is a writer from the San Francisco Bay Area currently based in New York.