The Jadin Wong Fellowship recognizes an emerging Asian American dance artist whose work shows strong potential for greater achievement and who hopes to make a significant impact on the Asian American and New York City artistic community as a whole. The fellowship aims to recognize exemplary work that will continue to inspire young artists and the Asian American community for years to come.

This award is a tribute to the life and work of renowned Chinese American actress, dancer, and comedienne Jadin Wong (1913–2010), a pioneer and innovator of Asian American performing arts. The award is made possible by the Jadin Wong Educational Fund at the New York Community Trust, established to continue her dream of supporting aspiring artists, musicians, and and dancers of Asian descent.

The Jadin Wong Fellowship is awarded to an early-career Asian American dancer/choreographer, age 30 or younger, whose work shows outstanding promise and who may benefit from further professional artistic development. The fellow receives a cash stipend of $6,000 and an eight-month fellowship tailored to respond to the unique needs of their practice. The fellowship includes artistic mentorship with an established mid-career dance professional, career coaching, and a range of technical support.

Watch this space for the 2023 Fellowship Application Announcement. Marie Lloyd Paspe is a dance and vocal performer, choreographer, movement director, and movement and pilates educator based in lenapehoking/Brooklyn, NY. Of Filipina descent, she was born in Singapore, grew up in Mississauga, Canada, migrated to Bellingham, MA in 2000, and received U.S. Citizenship in June 2019. She graduated summa cum laude from the Ailey/Fordham BFA Program in 2016 and studied abroad in Israel with Kibbutz Contemporary Dance Company and Springboard Danse Montreal. Her choreographic interests are rooted in Filipinx-American diasporic identity work and somatic-based healing. She is interested in creating site-specific bodies of live and filmed work within accessible, experiential, and white-dominated spaces.

Performance highlights include performing and touring with the Bill T. Jones/Arnie Zane Company, with special mention in The New York Times and The Philadelphia Inquirer. Choreography highlights include film premieres in Philippines, Berlin, Los Angeles, and New York City funded by the Queens Arts Council and NYS DanceForce, and live works presented in New York City, Israel, and the tri-state area. Residency highlights include movement direction and lead choreography for Treya Lam’s artist-in-residence at MASS MoCA within sculpture artist Ledelle Moe’s exhibit When, and Artist-in-Residence at TOPAZ Arts. 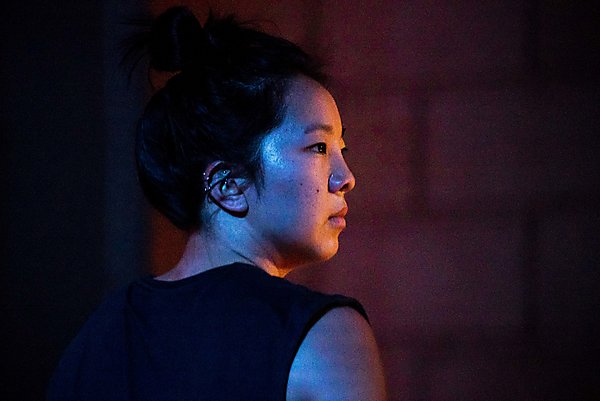 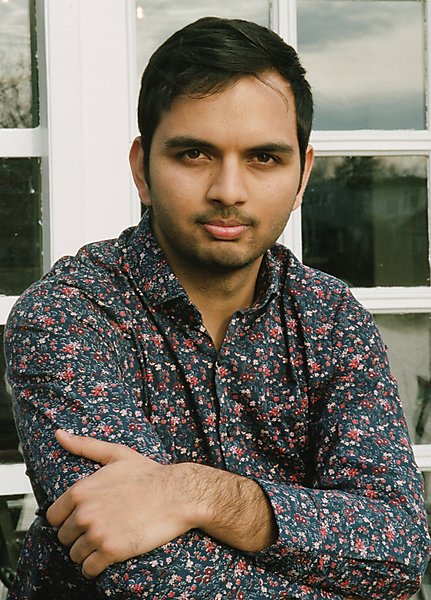 Rohan Bhargava was born and raised in New Delhi, India where he trained at the Danceworx Academy of Performing Arts before relocating to New York City for his BFA degree in Dance from NYU’s Tisch School of the Arts in 2012. Featured as one of Dance Magazine’s “Immigrants Who’ve Inspired Us,” Rohan founded Rovaco Dance Company in 2015, with which he has showcased work at reputed venues such as Ailey Citigroup Theater (New York), Gaertner Center for Performing Arts (Texas), DeBaun Performing Arts Center (New Jersey), Truro Center for the Arts (Massachusetts), Brattleboro School of Dance (Vermont), and the Southern Theater (Minnesota).

Rovaco Dance Company has won “Outstanding Choreography” at Tamasha NYC, and the company has been commissioned by Mare Nostrum Elements, Rhythmically Speaking Dance, the Dance Gallery Festival, and the Alsop Entrepreneurship Award, which paired the company with composition students at Mannes School of Music. Additionally, Rohan has been a resident artist for the James Jay Dudley Luce Foundation, Dancewave, Sam Houston State University, and the CUNY Dance Initiative at LaGuardia Performing Arts Center. He currently works for Greater Ridgewood Youth Council, Kizuna Dance, Notes in Motion Outreach Dance Theater, and Peter and Co. 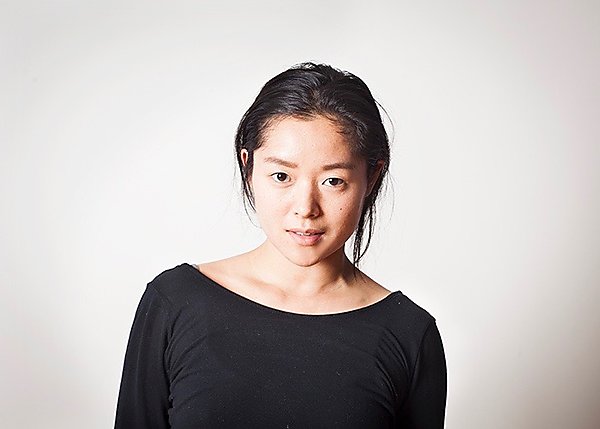 Shoey Sun was born in China and started piano lessons at the age of 4. She moved to Houston, TX when she was 8, where her parents encouraged her take dance lessons with renowned Chinese dancer/actress, Zhou Jie at J&L Dance School. Falling in love with dance, she continued her studies at Princeton Ballet School and Pennsylvania School of Performing Arts when her family moved to the East Coast.

Going against the grain, Shoey decided to pursue a major in Political Science with a minor in Chinese Language at New York University. During her time at NYU, she co-founded EPIC Motion Dance, an extracurricular hip hop dance team that has evolved to an artist-run entity now celebrating its 10th year, and has been a nurturing home to over 150 dancers. After graduation, Shoey pursued her dance/choreography career full-time. She is featured in shows for Icona Pop, Pharrell, McQ by Alexander McQueen, APAP Dance Festival, and has studied and worked with choreographers Rhapsody James, Fatima Robinson, Brice Mousset, Dana Foglia, Nadine Bommer, and others. 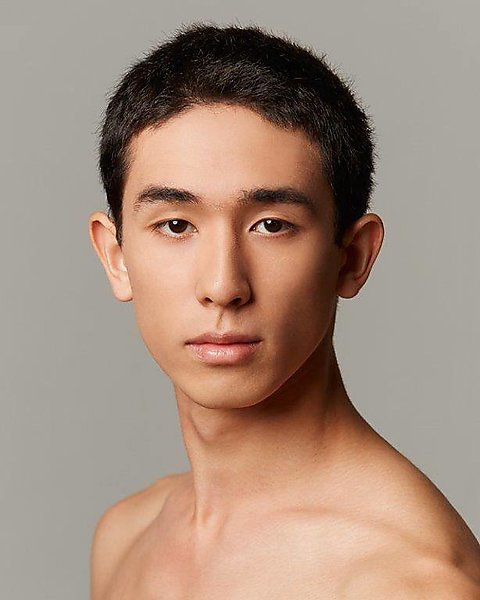 Jesse Obremski, a native New Yorker, has been described by DanceTabs as one who dances “with fluent simplicity” and “quiet understanding.” He started training at The Ailey School and graduated from Fiorello H. LaGuardia High School. In 2016, Jesse graduated from The Juilliard School, under the direction of Lawrence Rhodes, where he earned his Bachelor of Fine Arts. Jesse is an Eagle Scout Rank recipient (2010), a Father Fame Awardee (2012), and a “Dancer to Watch” by Interview En L'air (2017). He has also attended Springboard Danse Montreal, Earl Mosley’s Institute of the Arts (EMIA), and Jacob’s Pillow’s Contemporary Program. Jesse has been Diversity of Dance Inc.‘s lighting designer and stage manager for multiple events as well as stage manager for MOVE(NYC) events since 2016. He has been featured in Dance Mogul magazine (2014), The Dance Enthusiast *(2018), *The Juilliard Journal (2019), Dance Magazine’s March Dancer “On The Rise” (2019), featured in Terese Capucilli’s film Lawrence ‘Reed’ Hansen: The Sacrosanct Accompanist, and Jesse is also a Board Member of Diversity of Dance Inc. He enjoys photography, arts administration, stagecraft, and cooking.
jesseobremski.com
2015
Takehiro Ueyama
Emerging Asian American Choreographer 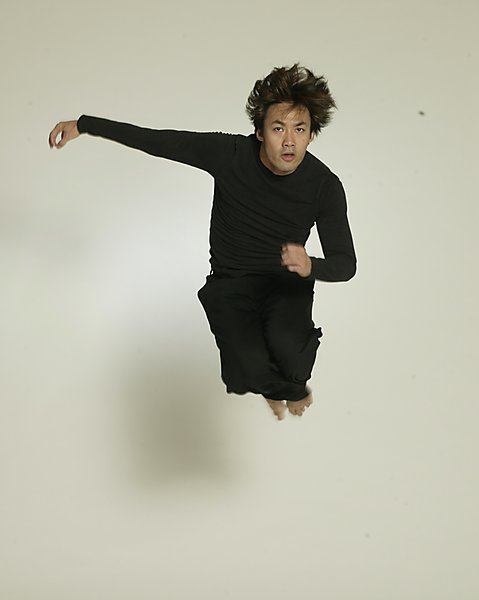 Born and raised in Tokyo, Japan, Takehiro “Take” Ueyama moved to the United States in 1991 to study dance at the Juilliard School in New York City. Upon graduation, he was invited to join the Paul Taylor Dance Company, touring the world with them for eight years.

In 2003, Ueyama debuted his first choreographic work, Tsubasa, performed with fellow Taylor dancers at the McKenna Theatre at SUNY New Paltz, NY, and in 2005 founded TAKE Dance. He has performed repeatedly as a guest artist with Kazuko Hirabayashi Dance Theatre. His television and film credits include PBS’s Dance in America series (with the Taylor Company), Acts of Ardor, and Dancemaker, a film by dancer/choreographer Matthew Diamond.

Having been a baseball player in Japan before fully committing to dance, Ueyama’s work blends both eastern and western sensibilities. Containing both powerful athleticism, as well as traces of his Japanese heritage by employing delicate gestures, his repertoire has been inspired by the beauty in nature, the duality of darkness and light in the universal human condition, and the humanity and compassion in day-to-day living. These elements, combined with his various partnerships and collaborations with artists of other genres, lend diversity to movement, music, and subject matter. Described as both sensitive and exciting, Ueyama’s choreography ensures a place for the heart on any stage it appears, a feast for the eyes, mind and soul; it is uniquely, “TAKE.” 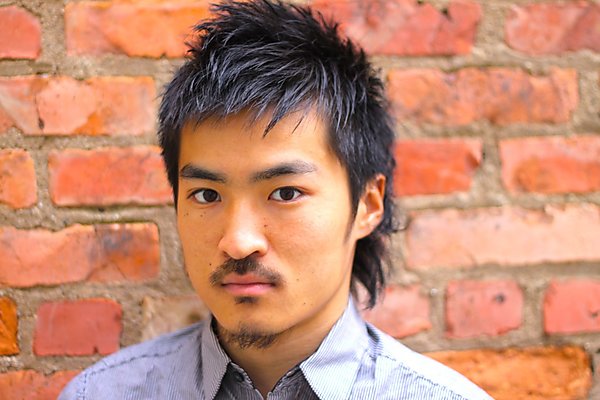 Daisuke Omiya, New York based Dancer, has been performing, teaching, and choreographing for over 7 years. Born in Gifu, Japan, Daisuke started tap dancing when he was 16 years old. After graduating from high school, he moved to New York City to become a professional tap dancer.

His extraordinary tap skills were soon recognized and he was recruited to work with Derick K Grant as part of the member “ZEN” from March 2007 to September 2008, and continued to work with Grant in many performances. He has spent much of his time pursuing his tap career. He started studying contemporary dance and modern dance in 2009. He trained with Max Stone, Nathan Trice, and Karen Gayle. In 2011, he joined Maija Garcia’s company, Organic Magnetics, and performed at The Kitchen. Daisuke has been part of the creation and performance of works by Maija Garcia, Nathan Trice, Bran Arias, and many others. In 2016, Daisuke began performing with the New National Theatre Tokyo.