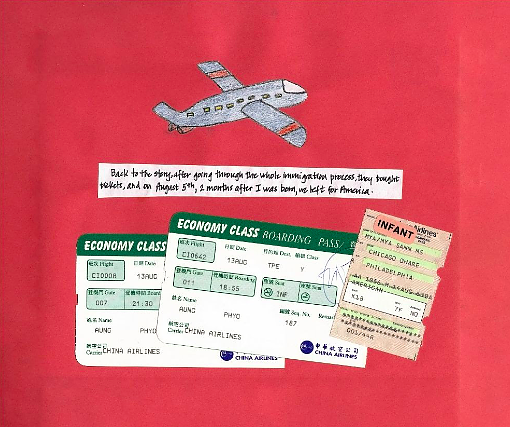 Helena Anrather is delighted to announce an exhibition curated by Simon Wu titled Victoriassecret, based on an eponymous essay about Wu’s relationship to his parents’ stuff, contemporary art, and “Asian American” identity. Presented in three parts, the exhibition brings together artworks, personal objects from his parents, and a new essay to explore “the emotional landscape of class aspirationalism”––how the things that we value (and want to value) shape our sense of identity.

The exhibition features artworks and contributions from Stewart Uoo, Maggie Lee, Ken Okiishi, Maia Ruth Lee, Judy Chung, CFGNY, and Christine Jung. In the first section of the exhibition, titled “For Everyone,” Wu considers the different kinds of tastes that he has come to navigate, from Myanmar, to New York, to his home in Richboro, PA. This is the space between Wu’s Telfar bag and his mother’s Victoria’s Secret bag. In the second section, titled “Empty Orchestras,” he reflects on the experience of cleaning out his parent’s garage by bringing together artists who also consider the “unwanted inheritances” they may receive from their parents or their identity. In the final section, “Dancing On My Own,” Wu has fun, and thinks about all of the love in his life.

Many of the contributions in the show are based on new and long-standing conversations that Wu initiated for this project. For example, after meeting Maia Ruth Lee in 2018 and then again in 2021, Wu invited Lee to participate in the exhibition. In turn, Lee proposed that she and Wu collaborate to make iterations of her Bondage Baggage sculptures that include clothes, blankets, and boxes from Wu’s parents garage (Bondage Baggage Simon I, II and III (2022)) and are included in the “Empty Orchestras” section of the show. Knickknacks, ephemera, keepsakes, and plants from Wu’s apartment in NY and from his parent’s garage feature prominently in a unique exhibition design created by the architect Ekin Bilal, Wu’s boyfriend, and produced by exhibition designer Ryan Wolfe, a friend of Helena’s. These relationships and collaborations are central to the show.

Other artists, like Stewart Uoo and Maggie Lee (who happen to be roommates) have been admired by Wu since he moved to New York in 2017–– either from convenings about Asian American identity at 47 Canal in the case of Uoo, or through Instagram, in the case of Lee. Some are more recent obsessions: Wu first learned of Ken Okiishi in 2021, through a screening of Okiishi’s work at MoMA. After a rambling fan-email to Okiishi, Wu was able to strike up a conversation with the artist and find a lot of kinship––particularly in Okiishi’s A Model Childhood (1978-2001) project, which also examines the stuff in his parent’s basement.

The exhibition also features selections from the collection of Bob Lee, the co-founder of the Asian American Arts Centre, an alternative art space dedicated to showing the work of Asian American artists in Chinatown. The AAAC was operational from 1976-2009 at 26 Bowery, just a few blocks from Helena Anrather’s new location. Wu is excited to feature a photograph from Lee’s collection by the photographer Gene Moy showing Lee and his wife, Eleanor Yung, co-founder of AAAC, dancing at an opening in 1982, and a rare, unfinished work by the Japanese-American artist Yoshiki Araki.

Looking at each of the elements in this show, to Wu, feels like a kind of karaoke––something that someone else made, that you embody for a brief period of time, make your own, and then let go. The term “empty orchestra” comes from the literal translation of karaoke: from the Japanese kara, meaning “empty” and ookesutora, meaning “orchestra.” Identity and inheritance are empty orchestras––spaces of both belonging and alienation.

Read about more about the Yoshiki Araki piece in this essay from 2006 by Bob Lee.