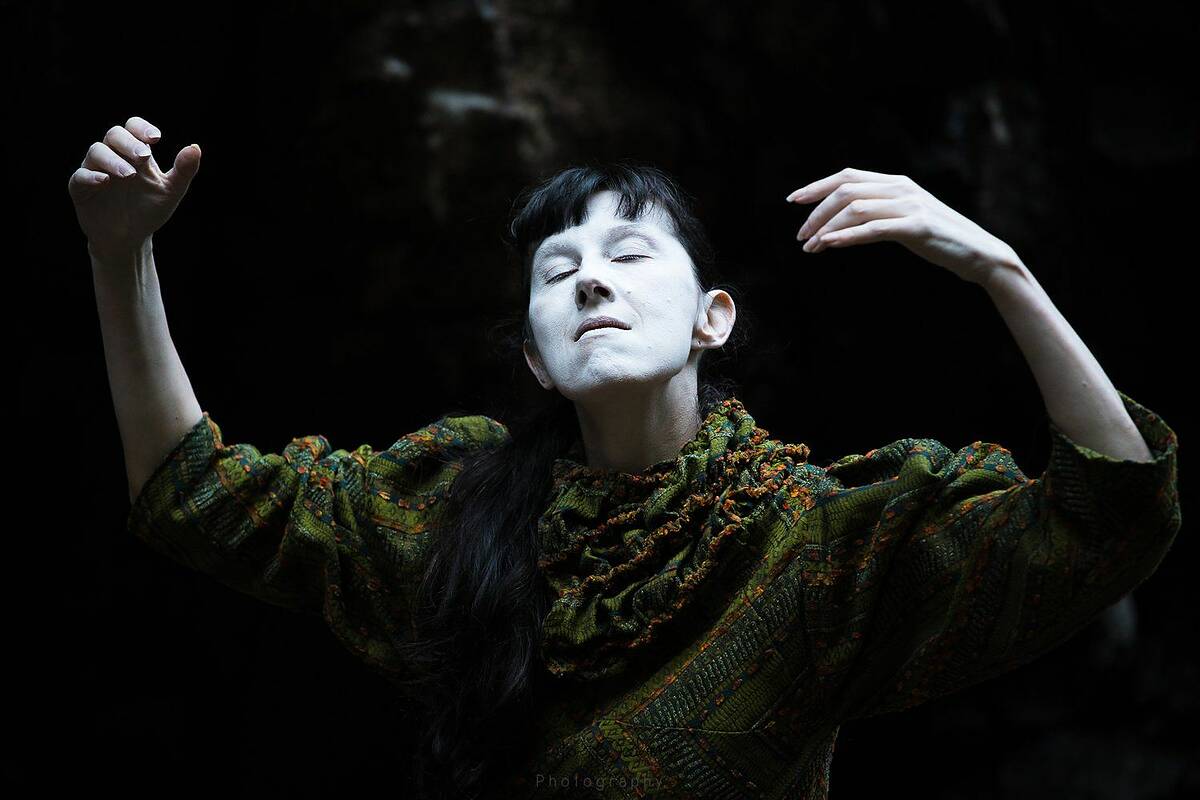 Vangeline Theater/ New York Butoh Institute is dedicated to the advancement of butoh in the 21st century. With 20 years of experience in the field, we pride ourselves on making butoh accessible to complete beginners, actors, dancers, and students from all walks of life. The Vangeline Theater does not discriminate on the basis of sexual orientation or gender identification. Our classes are open to everyone interested in studying butoh. We welcome students with disabilities. Our classes are trauma-informed, open level, and beginners are welcome.

Vangeline is a teacher, dancer, and choreographer specializing in Japanese butoh. She is the artistic director of the Vangeline Theater/New York Butoh Institute (New York), a dance company firmly rooted in the tradition of Japanese butoh while carrying it into the twenty-first century. Vangeline is the founder of the New York Butoh Institute Festival, which elevates the visibility of women in butoh, and the festival Queer Butoh. She pioneered the award-winning, 15-year running program The Dream a Dream Project, bringing butoh dance to incarcerated men and women at correctional facilities across New York State. Her choreographed works have been performed in Chile, Hong Kong, Germany, Denmark, France, the UK, Hong Kong, and Taiwan. Vangeline won a 2022 National Endowment for the Arts Dance Award. She is also a 2018 NYFA/NYSCA Artist Fellow in Choreography for Elsewhere; the winner of the 2015 Gibney Dance Social Action Award as well as the 2019 Janet Arnold Award from the Society of Antiquaries of London. Her work as an educator, choreographer, and curator has been supported by The National Endowment for the Arts, Japan Foundation, New York Department of Cultural Affairs, New York Foundation for the Arts, New York Council on the Arts, Robert Friedman Foundation, and Asian American Arts Alliance. Vangeline’s work has been heralded in publications such as the New York Times (“captivating”) and Los Angeles Times (“moves with the clockwork deliberation of a practiced Japanese Butoh artist”) to name a few. Widely regarded as an expert in her field, Vangeline has taught at Cornell University, New York University, Brooklyn College, CUNY, Sarah Lawrence, and Princeton University (Princeton Atelier). Film projects include a starring role alongside actors James Franco and Winona Ryder in the feature film by director Jay Anania, ‘The Letter" (2012-Lionsgate). In recent years, she has been commissioned by triple Grammy Award-winning artists Esperanza Spalding, Skrillex, and David J. (Bauhaus). She is the author of the critically-acclaimed book: Butoh: Cradling Empty Space, which explores the intersection of butoh and neuroscience. Her work is the subject of CNN’s “Great Big Story” “Learning to Dance with your Demons.” She is soon to be featured on the BBC in Dessa Darling’s show Deeply Human.’ For more information, visit www.vangeline.com.