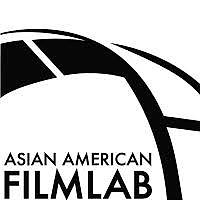 The Opposite of a Fairy Tale

The Opposite of a Fairy Tale is a psychological drama in which a woman’s family slowly imprisons her against her will with the unwitting help of well-meaning bystanders.

When Celeste, a kind social worker, meets Josephine, an elderly patient in a nursing home, the two develop a close friendship. Soon, her family comes to visit and it becomes apparent that Josephine has fallen victim to one of America’s hidden epidemics: elder abuse.

The Film Lab, thanks in part to a generous grant from the Asian Women’s Giving Circle, produced a psychological drama written by Jennifer Betit Yen with critical assistance from Aaron Woolfolk, to help combat elder abuse. The film, titled “The Opposite of a Fairy Tale” addresses elder abuse through a fictional narrative designed to increase awareness of the problem and to provide viewers with the motivation and tools to combat elder abuse and to create a dialogue and vocabulary for a widespread societal problem that viewers might never have before imagined.

SAG-AFTRA Foundation Selects The Opposite of a Fairy Tale