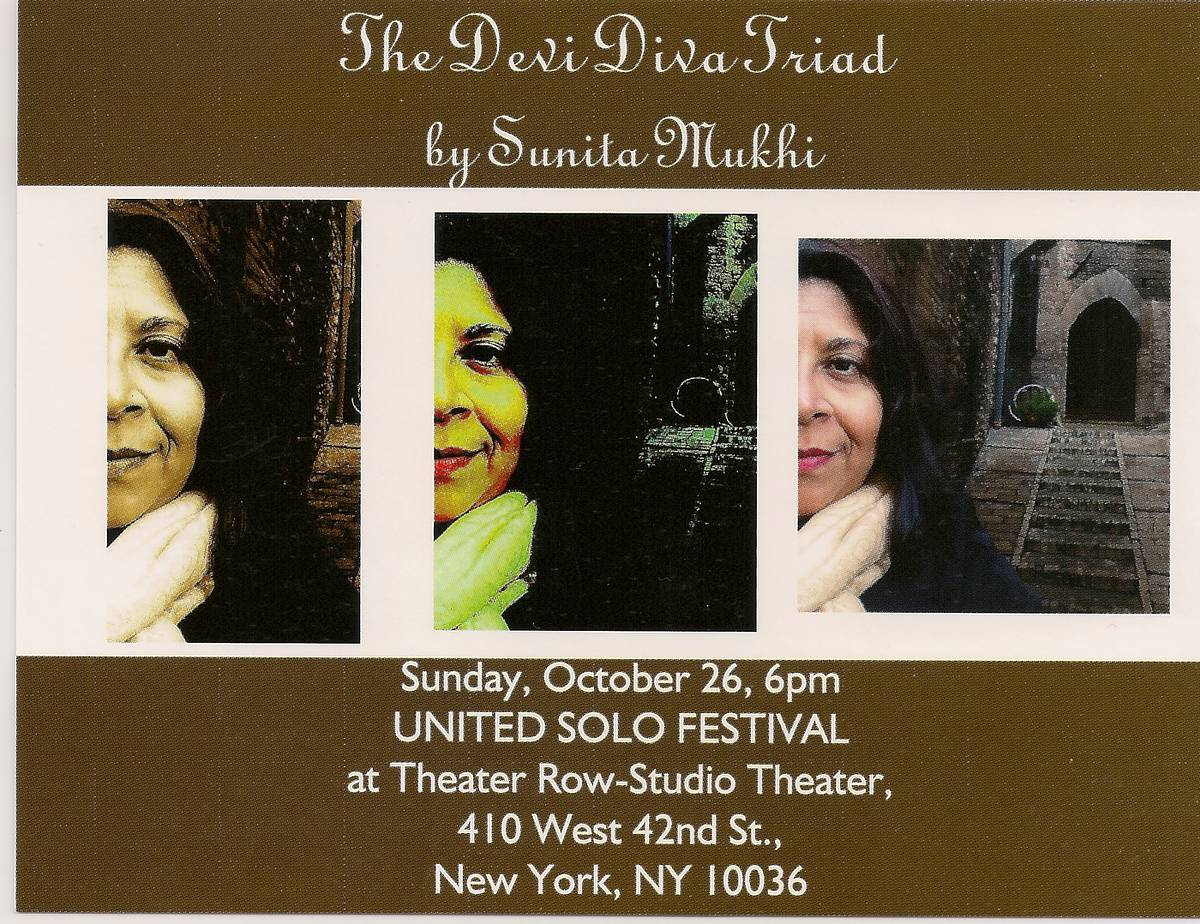 The One and Only Sunita!

The inimitable Sunita Mukhi inhabits the personas of three quirky, irreverent and powerful fictive-mythic divas who entice, scold and shimmer.

The high priestess VULVITA DEVI cajoles you to testify as to the true relationship between Eve and the Serpent;

LADY LIBERTY transforms from hedonistic bigamist to savior after the 9/11 terrorist attacks in New York City;

MAMA SITA, the paragon of Hindu womanhood, tells it like it is about being put through that test of fire in the great epic Ramayana.