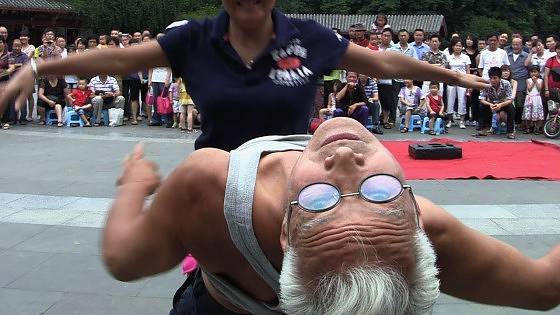 Part of Cinema on the Edge: the Best of the Beijing Independent Film Festival 2012-2014

This delightful documentary was shot in the buzzing People’s Park, Chengdu, Sichuan in one single, bravura take lasting 75 minutes. Made by two young American directors, the film captures the fullness of Chinese urban leisure life. As the camera pans side to side and glides relentlessly forward through the park, it catches hundreds of Chinese urbanites out for fun, relaxation, socializing, and a certain kind of freedom: eating, strolling, singing, practicing calligraphy, and watching each other. Watching becomes dancing, as the film slowly gathers an ecstatic, trance-like groove, building to a rapturous climax, as people, movement, music, image, and sound mix together: this is as close to pure pleasure as cinema gets.

Presented with the Center on U.S.-China Relations.