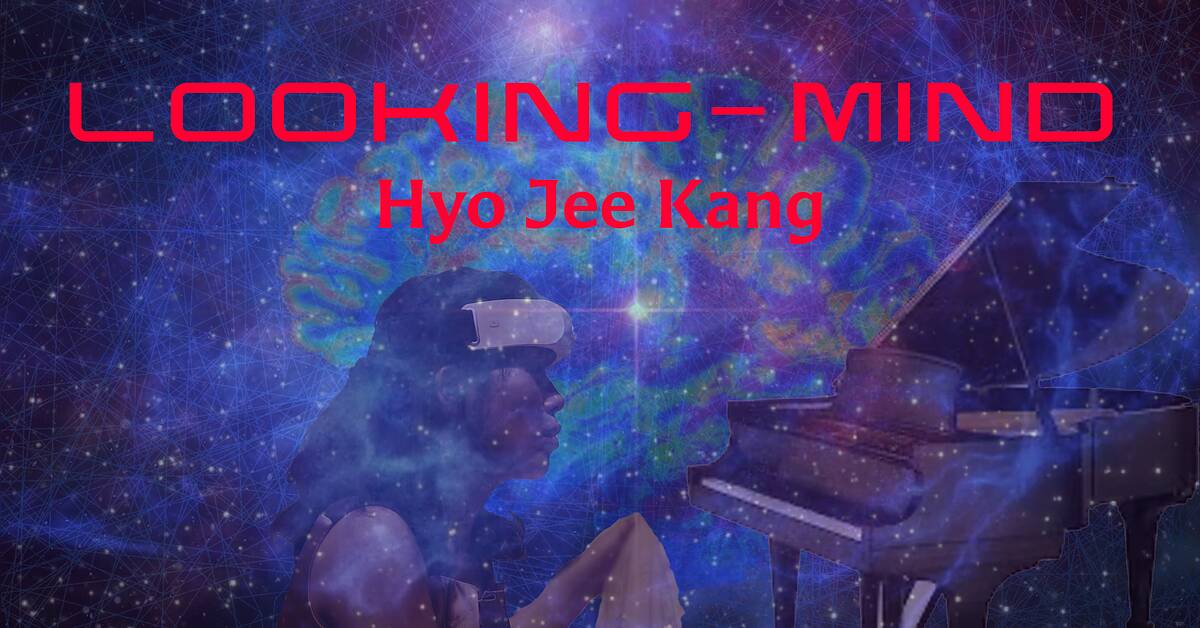 CRS (Center for Remembering & Sharing) presents LOOKING–MIND, a unique and ground-breaking performance of Bach’s Goldberg Variations and improvisation by Seoul-based pianist Hyo Jee Kang in conjunction with the real-time visual presentation of data of her brain activity as measured by a functional near-infrared spectroscopy (fNIRS) device while she plays.

The program will include a presentation about this research into the relationship between creative activity and brain activity and further demonstration and explanation of the device, the first such demonstration of this technology in the United States. A similar program, “Bach-Brain” was premiered by Kang last month at Lotte Concert Hall in Seoul, South Korea.

LOOKING–MIND is a metaphor of Through the Looking Glass by Lewis Carroll. Through the Goldberg Variations and brain imaging scan you can enter a new world of another universe but it is born in your brain.

While Kang plays, the NIRSIT Lite — a portable fNIRS device developed by Korea Advanced Institute of Science & Technology (KAIST) Professor Hyunmin Bae and produced by OBE Lab — measures the activation level of hemoglobin in the prefrontal cortex of the brain. The measured brain activity is graphically presented in real time via video projection.

In “Mind Improvisation,” the data of this device is transformed into synthesized sound and projected visuals. Kang started with the question of “how the brain moves when humans perform artistic actions.” First, she scans her own brain, transmits the data in real time, and uses it as a value for sound formation. This is again used as a value for the image transformation, and the sound and visual image being transformed by the performer’s brain action causes an instantly improvised transformation of the performer again. In other words, a situation develops where the input and output of sound, image, and the performer’s brain activity and performance continuously transform each other.

Tickets are $20 and are available online through eventbrite.com and at the door for cash only, if not sold out. All patrons must show proof of vaccination at the door in order to be admitted, no exceptions. In addition, masks must be worn throughout.

During Kang’s three-week residency in New York City, she will also lead workshop demonstrations of the device.

PARADISE LABORATORY is a playground for sonic and visual experimentation. Conceived of during the pandemic by the renowned Korean traditional multi-instrumentalist, curator, and scholar gamin, Paradise Laboratory provides musical artists with opportunities to rehearse, record, film, and perform with other musical, visual, and dance artists in an experimental, process-oriented, and artist-centered fashion.

Hyo Jee Kang has been focusing on transformation between media and objects to create a new art form. She works with media artists and live electronic performers presenting improvisation and recomposed composition as well as her originals. Her activity as a composer, performer, creator and improviser has been featured throughout the world in Germany, Spain, Italy, Korea, Japan, USA, Israel, and so on. Hyo Jee currently resides in Seoul and serves as a faculty member at Korea National University of Transportation. In May 2018, she gave her solo performance with great success at Lincoln Center, including the Conceptual Transformation Performance “Pyung Yang.” She was one of 12 artists from around the world selected to participate in Seminar in Taipei, a platform for in-depth exchange in both theoretical and practical fields, at the 2018 Taipei Arts Festival X in Taiwan. Seminar in Taipei is an initiative of Pro Helvetia, the Swiss Arts Council, in partnership with the National Culture and Arts Foundation of Taiwan, Korea Arts Management Service, the National Arts Council of Singapore, and the Arts and Theatre Institute of the Czech Republic, realized in collaboration with the Taipei Arts Festival. FLY IN WATER, created by Hyo Jee and other members of MAG performance group, was presented by CRS in August 2019.

Her work “Yut-Nori” is an interactive performance that consists of real-time Yut-nori ( Korean more than 1000 year-old game) performed on stage and selected music play and the sound of throwing Yut(half-rounded stick) in real time through the symbol of the yut boardplate. It was premiered by two pianists and two yutnori actors, and the visual art works of the game board expressing the image of Yut-board in this work were invited to the Concept Arts exhibition in New York, USA.

Her work “This Is Not Me” was commissioned and world premiered by Korean traditional music player Kim Hyeon-Hee as a conceptual music work. Contemporary dancer Jeong Jae-woo interpreted as movement and music, and film director Heo Cheol-Nyeong interpreted it as a documentary film.

As a promising artist (MAP artist) of the Seoul Foundation for Arts and Culture, she successfully held a musical monologue “Do or not” directed by Park Sang-Yeon. She opened up new possibilities of performing arts that constantly exchanges multifaceted, improvised, but philosophical messages between a creator, interpreters, and audience.

Hyo Jee Kang has won numerous prizes including the monthly music contest at the age of 10, the youngest grand prize in the Teenager Competition, 2nd prize in the Ihwa Kyunghyang Competition, and was selected as a young artist in Kumho for a solo recital.

She went on to study at Seoul National University and continued her music studies at the Hanover College of Music, theater, and media in Germany where she majored in piano and composition under Johannes Schoellhorn. She then went on to study and major in piano at the Konzertexamen course under the supervision of Professor Matti Raekallio. For Yisang Yun’s Shao Yang Yin and other performances performed at the Mönchhaus Museum der modernen Kunst in Goslar, Germany, world-renowned professor Arie Vardi said, “I love her unique personality and her outstanding musicality as a pianist, composer, improviser, and creator. ” She appeared in a commemorative concert, Schumann Brahms Festival Chamber Music Series in Bucheon City and held a duo concert with violinist Kwon Hyuk-Ju as an opening concert of Sonata Series of Baroque Chamber Hall.

She has appearances in various series performances such as Park Chang-Soo’s The House Concert, Daegu Music Festival, the 20th anniversary of the Hongga Art Museum in Taiwan, and Listen to Tomorrow at the Hanover University of Music.

Her web site is http://www.hyojeekang.com