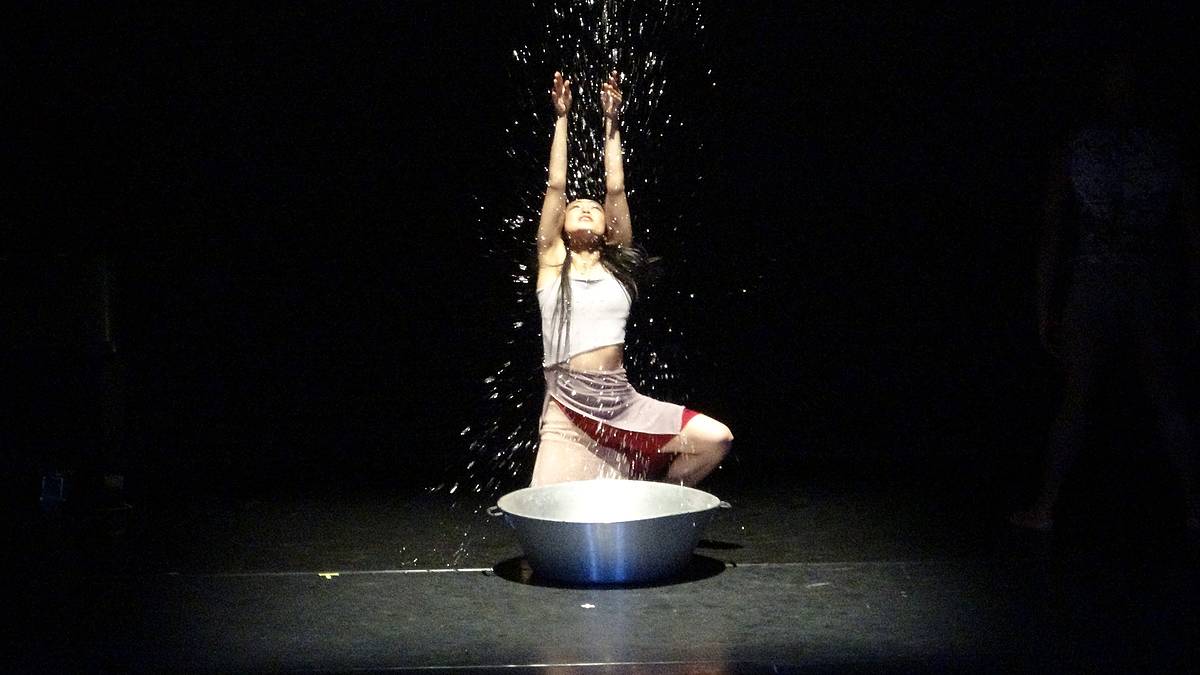 CrossCurrent will open with one of Chen’s earliest signature works, Calligraphy II, which explores the spirituality, the flow of energy and the dynamics of the brush strokes in the art of Chinese writing with an original music score by Joan La Barbra and set designed by Myunghee Cho. She will then share more recent works: Breaking News, developed in residence in Trier, Germany in reaction to the crisis of faith and trust today; followed by Bamboo Rap, an experimental piece created in collaboration with hip-hop artists and DJs exploring the sound of Chinese language with contemporary urban dance vocabulary, both rooted in storytelling and the desire for equality and justice. The concert will conclude with Mirage, part of a series of dances inspired by Chen’s journey to the Silk Road with music by Glen Velez. The dance explores trance, rhythmic breathing, sound and spiral motion.

When all seven performers swirl through individual patterns simultaneously, you imagine a scroll dancing. Deborah Jowitt, The Village Voice

“In their body and visual language sensitively created fantasy and poetry. Tradition and experiment are combined with dance-like precision and dynamics.”… Eva-Maria Reuther, Volksfreund.