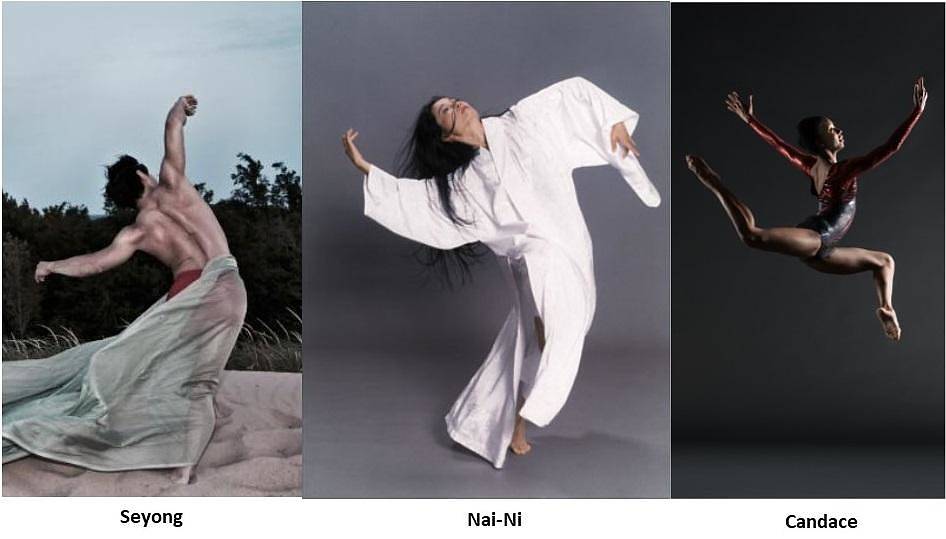 In the midst of the COVID-19 crisis, the Nai-Ni Chen Dance Company is keeping its dancers in shape by conducting regular Company Classes online from Nai-Ni and Company dancer’s living rooms using Zoom.  After a few weeks, Company members and Nai-Ni invited former dancers of the Company and friends to join through Zoom.  At the same time, company dancers translated their online dance teaching skills to serve K-12 students and students with disabilities in underserved communities.  Dance has brought them rays of hope and joy in their confined environment.

Candace Jarvis is a principal dancer of the Nai-Ni Chen Dance Company.  Candace was originally from Brampton, Ontario, started her professional training at Bold Dance Company under the direction of Emilio and Stephanie Macri. She continued her training at The Ailey School as a Certificate Student. She has performed works by many choreographers including Amy Hall, Tracy Inman, Carlos Dos Santos and Norbert De La Cruz III. In 2013 Ms. Jarvis performed in Alvin Ailey’s Revelations Cast of 50 at the New Jersey Performing Arts Center and took part in Robert Battle’s New Directions Choreographers Lab at The Ailey School. Ms. Jarvis was a former member of Awaken Dance Theater under the direction of Rebekka Nodhturft. In 2015 she earned her Certificate of Honors from The Ailey School Certificate Program.

In addition to its extensive season of touring and performing, the company has developed Arts in Education residency programs in school districts to bring culture and arts into educational settings. It’s colorful and engaging in-school assembly program "The Art of Chinese Dance” has been presented in hundreds of schools in NJ, NY, CT and PA, reaching hundreds of thousands of youth. The Company is currently in-residence at New Jersey City University and assisting NJCU in the development of a new BFA in Dance.