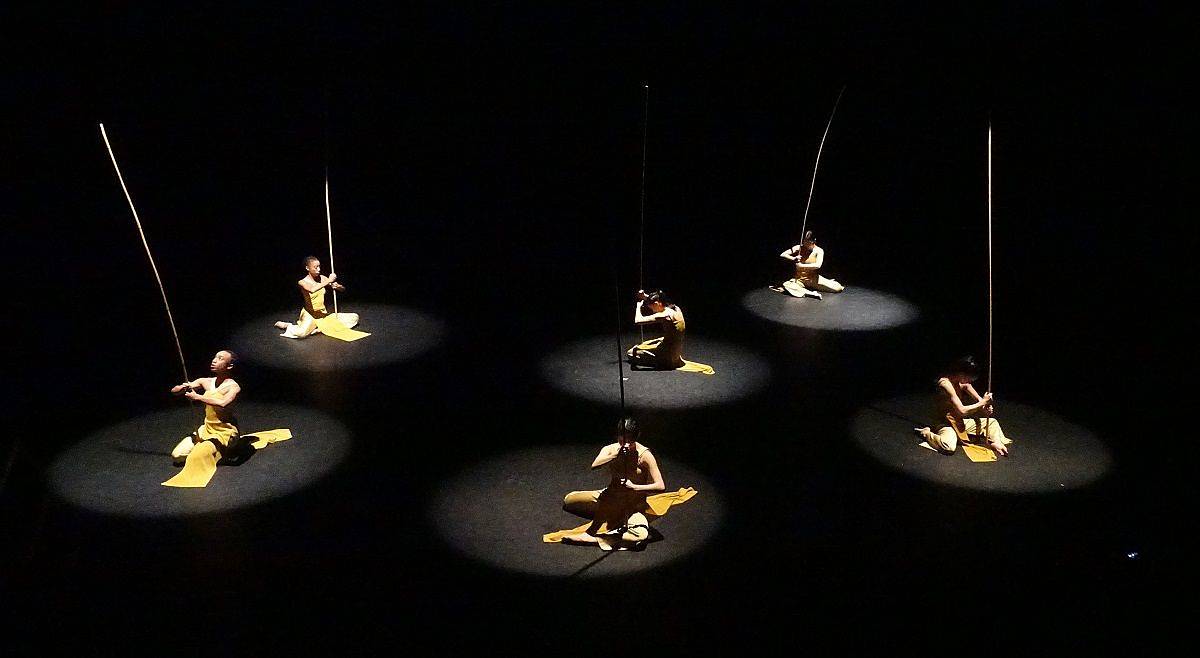 In the midst of the COVID-19 Crisis, the Nai-Ni Chen Dance Company is keeping its dancers in shape by conducting regular Company Classes online from Nai-Ni and Company dancer’s living rooms using Zoom.  After a few weeks, Company members and Nai-Ni invited former dancers of the Company and friends to join through Zoom.  At the same time, company dancers translated their online dance teaching skills to serve K-12 students and students with disabilities in underserved communities. Dance has brought them rays of hope and joy in their confined environment.

Xin Ying, choreographer and principal dancer with Martha Graham Dance Company, graduated from Nanjing University of Arts’s choreography major in 2004. Her work received China Lotus award in 2008. And as a choreographer toured with Sichuan University of Arts to Hong Kong, Hungry and Germany, as 3rd section director for National Sports Opening and worked with more than 7000 performers. She joined Martha Graham Dance Company in 2011 to presume her professional dance career and now is a principal dancer and has worked with renowned choreographer all over the world. She made her own version of “Lamentation Variation" into dance film. Her work "巢”(the nest) using google 3D paint brushes and VR technology was presented by Graham Dance Company at Google. She has collaborated with Kate Spade, Barney NY, Norma Kamali, Black Berry, Tracy Reese, NYC Dance Project, and the Ballerina Project.

Yuka Notsuka was born in Fukuoka, Japan. She began her Ballet training in her hometown at age four. Later she broadened her training to include Jazz and Tap. Later Yuka moved to New York City to further pursue her career as a dancer. In 2015 she entered the Ailey School as a scholarship student. She performed in Ailey Spirit Gala Concert at Lincoln Center choreographed by Tracy Inman (Co-Director, The Ailey School) and Robert Battle (Artistic director of Alvin Ailey American Dance Theater). Yuka joined the Nai-Ni Chen Dance Company in 2017. She also has been in training and served as Teaching Assistant at the Luigi Jazz Dance Center under Francis J. Roach.

In addition to its extensive season of touring and performing, the company has developed Arts in Education residency programs in school districts to bring culture and arts into educational settings. It’s colorful and engaging in-school assembly program "The Art of Chinese Dance” has been presented in hundreds of schools in NJ, NY, CT and PA, reaching hundreds of thousands of youth. The Company is currently in-residence at New Jersey City University and assisting NJCU in the development of a new BFA in Dance.