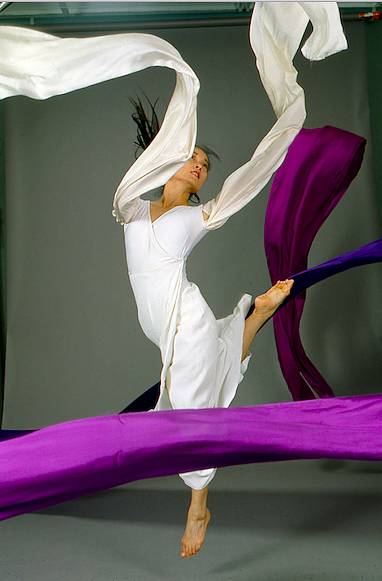 In the midst of the COVID-19 crisis, the Nai-Ni Chen Dance Company is keeping its dancers in shape by conducting regular Company Classes and rehearsals online from Nai-Ni and Company dancer’s living rooms using Zoom.  At the same time, company dancers translated their newly acquired remote teaching skills to serve K-12 students in Elizabeth, New Jersey and students with disabilities in the A Harry Moore School of Jersey City, most of whom living in underserved communities and suffering from isolation and missing the usual support from the school.  Dance has brought them rays of hope and joy in their confined environment.  Nai-Ni Chen continue to create new works through remote rehearsals, structured group and solo improvisations and she has added the video editor as her choreographic tool in this process. See her latest work on youtube.com using #nainichendancecompany or by following the link: https://www.youtube.com/results?search_query=%23nainichendancecompany

As a Company rooted deeply in diversity and committed to the dancer’s artistic journey, Nai-Ni Chen began inviting her friends who are world renowned as well as up and coming dancers and choreographer to come teach the Company class.  The response has been extremely positive, especially in this time when Asian Americans community is facing rising hate crime across the country.  The number of registered have risen to over 350.

Yuki Ishiguro, Japanese native, artistic director of the dance company “Yu.S.Artistry” had diverse training from ballet to Break Dance in Japan. He moved to NY in 2009 to study contemporary dance. Yuki has worked and toured with Roxey Ballet, Catapult entertainment, Emery LeCrone dance among others.  From 2018 Yuki started his own company Yu.S.Artistry fiscally sponsored by New York Live Arts. His work has been presented at Booking dance festival at Jazz at Lincoln Center, DUMBO dance festival, the MAD festival at Nazareth college, Come together dance festival at Suzanne Roberts Theater, International dance festival by Nickerson Rossi dance at performance garage in Philadelphia, and showcased his own evening-length show “Shifting Tides” at Actors Fund Arts Center in 2019.

Miki Orihara is known for her Bessie Award-winning career with the Martha Graham Dance Company. She has performed on Broadway, and with Elisa Monte, SITI Company, PierGroupDance, Lotuslotus and in productions by Rioult Dance, Twyla Tharp, Anne Bogart and Robert Wilson. She is a sought after teacher and coach working with the Kirov Ballet, Japan’s New National Theater Ballet School, the Ailey School, New York University, The Hartt School, L'ete de la Danse (Paris) and is Dance Director for Mishmash*Miki Orihara and Martha Graham Dance technique DVD(2018). Orihara is currently the curator /director of NuVu Festival.

About the Nai-Ni Chen Dance Company
Bringing the dynamic freedom of American modern dance together with the elegant splendor of Asian art, the Nai-Ni Chen Dance Company is one of the most visible Asian American dance companies in America. Ms. Chen’s unique choreography transports audiences beyond cultural boundaries to the common ground between tradition and innovation, discipline and freedom, and form and spirit.