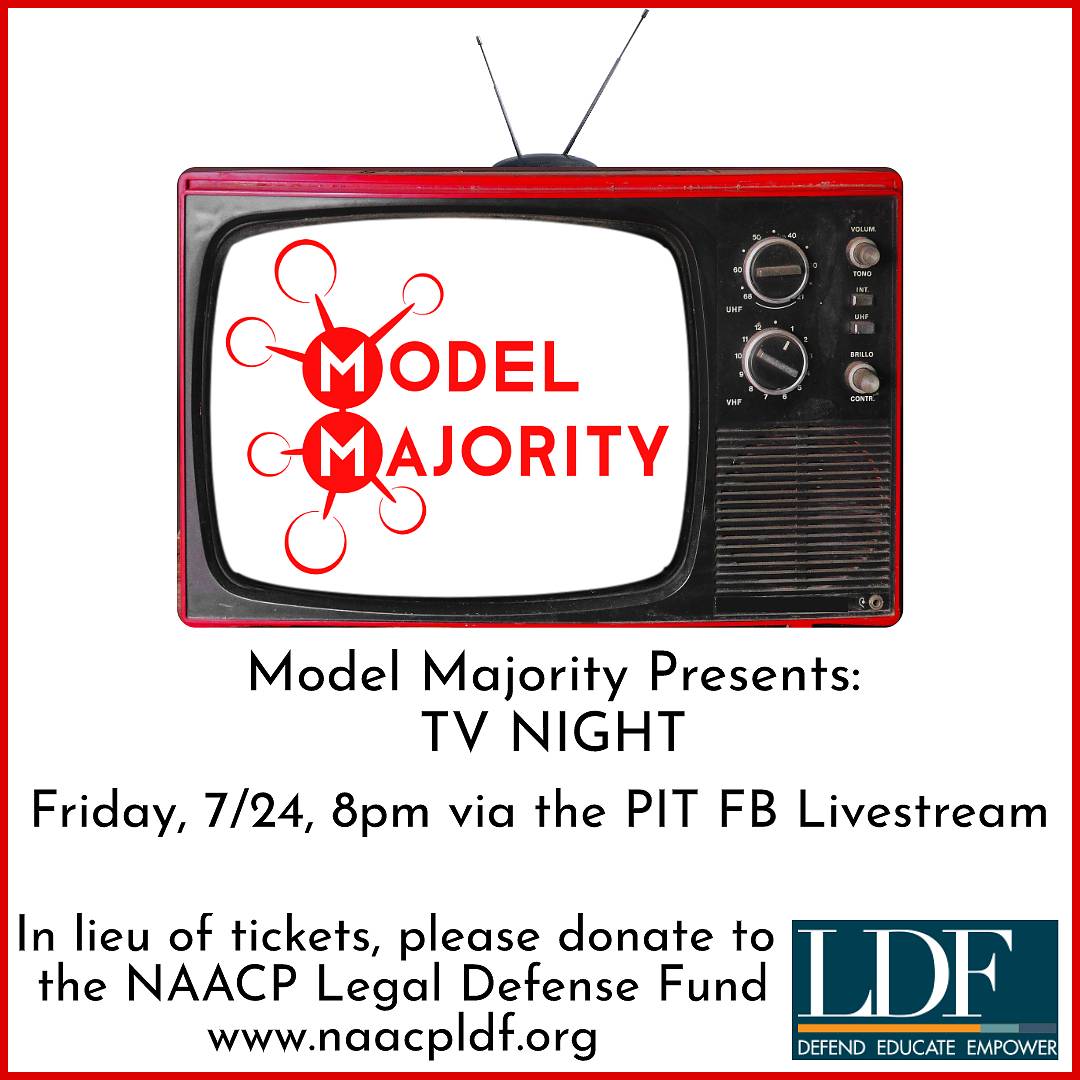 2020 has been tough but we made it halfway through! To celebrate summer and surviving this far, please join Model Majority for a fun online evening of sketch comedy inspired by some of your fave TV shows and commercials. Plus we have special guests performing too. This show is so much better than watching re-runs.

And it’s for a good cause. Instead of buying $20 tickets to come see us, you can watch us online for free and donate any amount to
The NAACP Legal Defense Fund https://bit.ly/2ASugcM

with Special Guests
The Black Pantherettes
Gary from HR

and ZOOM VIP After Party
Email modelmajoritycomedy@gmail.com to get on the list