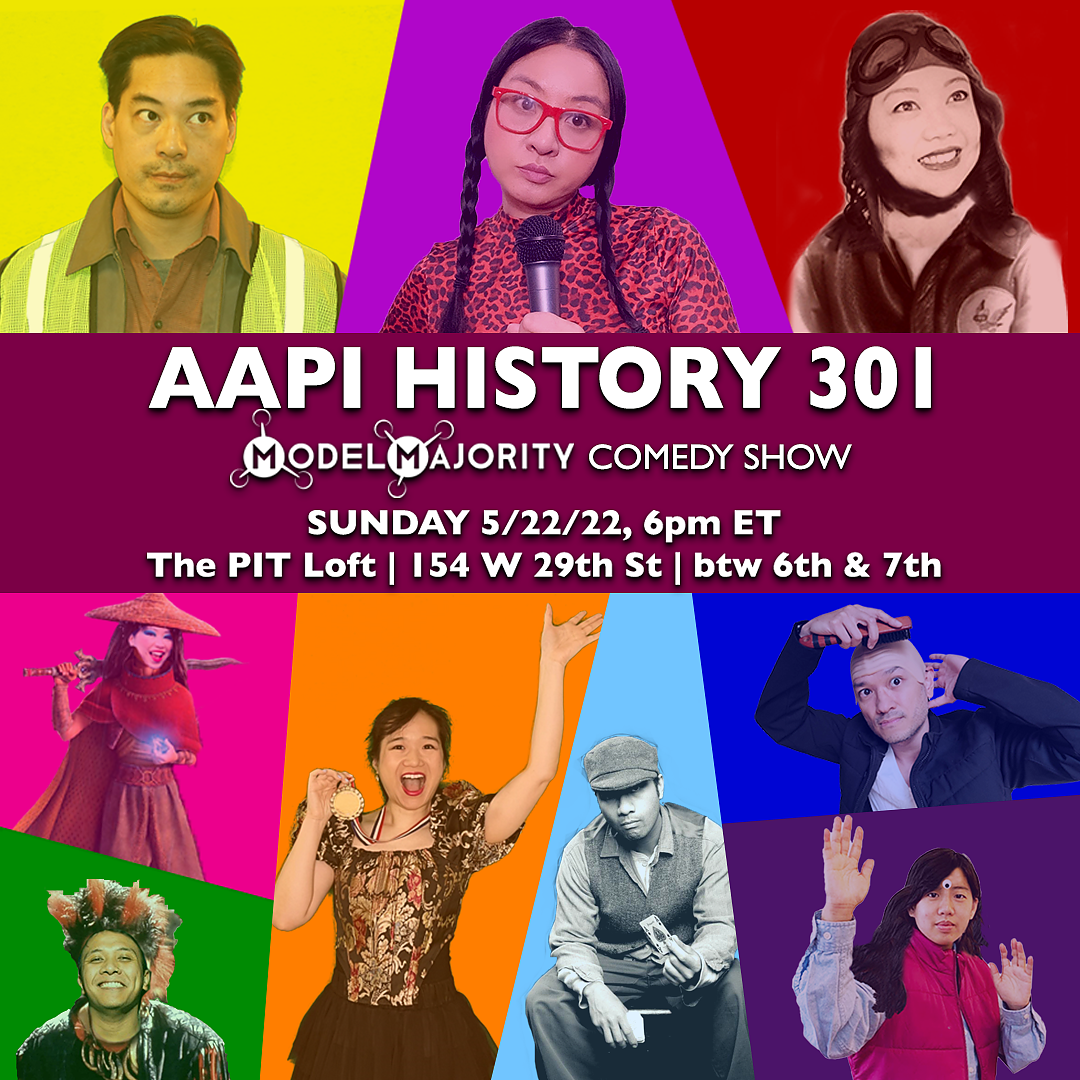 Sunday, May 22, 2022
6 – 7PM
Celebrate Asian American Native Hawaiian Pacific Islander Heritage Month and stop hate against Asians by joining NYC’s premier AAPI sketch comedy team Model Majority for a night of comedy. Come before Model Majority gets banned for telling you about American history through AAPI history-themed comedy sketches. There will also be standup comedy and audience prizes. Dressing up as your fave AANHPI is highly encouraged.
Buy your $15 tickets online before price goes up and please donate to/volunteer with our chosen non-profits for this show that are working to stop violence against Asians
SafewalksNYC (*Please let us know if you would like them to escort you to and/or from the show) safewalx.com
Soar Over Hate
soaroverhate.org
** Audience must be masked and have proof of vaccination to attend
Model Majority is NYC’s premier and acclaimed all AAPI sketch comedy team bringing new sketches and laughs to every show while fighting stereotypes. Created by Veronica Dang in 2018 to increase Asian representation in comedy, their sold-out performances have been on Time Out New York’s list of “Best Comedy Shows in NYC” and New York Times “8 Things to Do This Weekend”. You may have seen team members on TV/Film: SNL, Comedy Central, Tracy Morgan’s The Last OG, Full Frontal with Samantha Bee, Blue Bloods, Step Up 3, Blacklist, Ray Donovan, New Amsterdam, Law & Order: SVU; in Broadway shows, national commercials, top comedy clubs and festivals around the world. www.ModelMajority.com