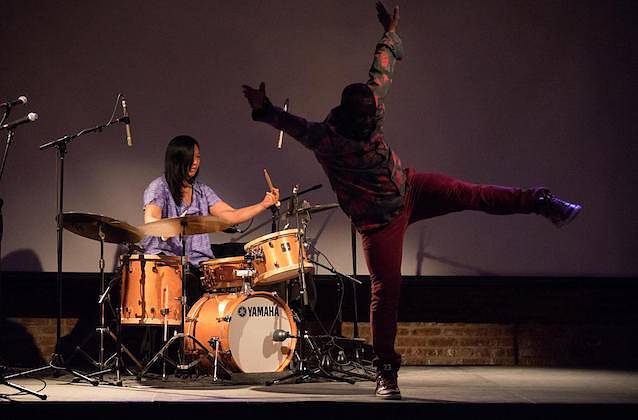 Fragility: An Exploration of Polyrhythms

Fragility: An Exploration of Polyrhythms is the world premiere of drummer/composer Susie Ibarra’s new immersive performance. Using polyrhythms as a model for human interdependence, Ibarra captures the concept of fragility through music, exploring the subtle intersections that affect relationships. Ibarra conceives the musical structure of Fragility as a ‘game piece’ in which the rules require performers to take turns conducting action: shifting roles and perspectives in live experimentation

Drawing on deep knowledge of Asian and jazz percussive traditions, Ibarra leads audiences on a journey into a mesmerizing musical environment. An ensemble of seven musicians creates multi-layered, expansive sonic textures. Dancer Souleymane Badolo interacts with custom-built motion capture technology in which the dancer’s movements trigger recorded sounds to create a live rhythmic composition. The performance of Fragility takes place in the Asia Society Museum’s Starr Gallery with musicians at the center, audience surrounding them, and all enveloped by the multi-channel surround sound installation.

“Ibarra has made a career out of exploring the dimensions of rhythm and texture; she doesn’t approach the drumkit with a sense of rigid utility or preconceived methodology.” - WBGO Jazz 88.3