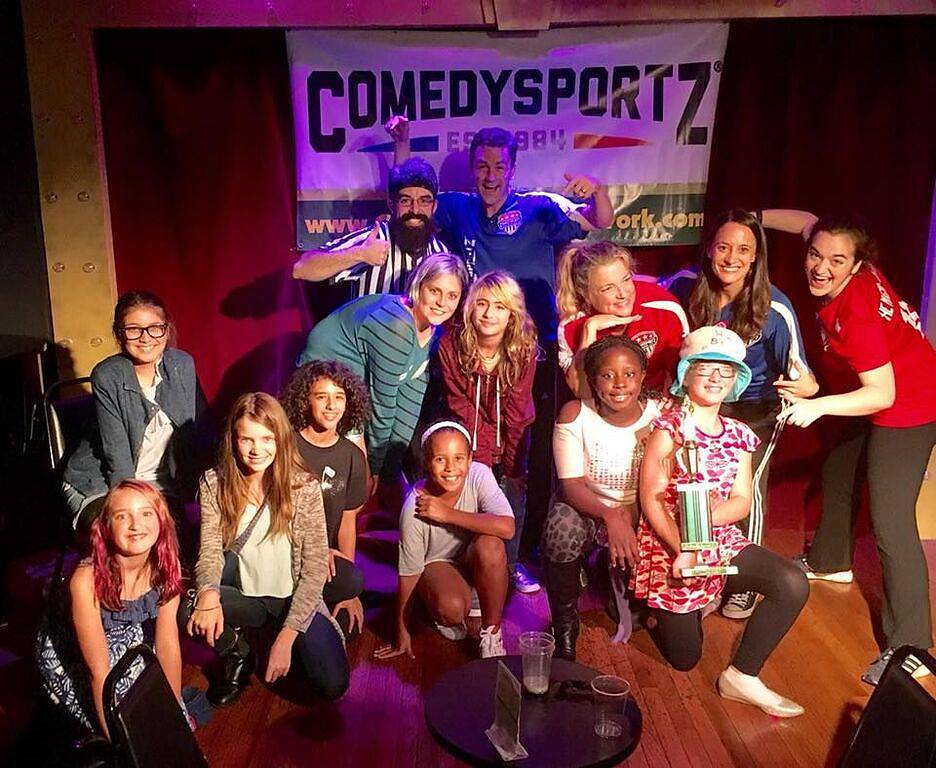 at the Broadway Comedy Club

ComedySportz® is fast-paced, family-friendly improvisational comedy, played as a sport. Two teams take turns making up scenes, playing games and singing songs - and the audience votes on which team they like the best. It’s all presided over by a referee, who keeps things moving, calls the ComedySportz® fouls and takes suggestions shouted out by the audience before each game.

Since 2004, ComedySportz® New York City has been entertaining fans with the fastest and funniest form of improv comedy in the Big Apple. Two teams of improvisers vie for points in a hilarious competition by playing a series of improv games, similar to what you may have seen on TV’s Whose Line Is It Anyway? A referee governs the action, calling fouls and keeping the match moving at a blistering pace. The audience is always a part of the interactive show, and audience volunteers sometimes even wind up on stage!

Because everything is improvised, it’s never the same show twice. And it’s clean-appropriate for all ages. Every ComedySportz® match is a unique and unforgettable event-laughs guaranteed! Come see why so many people come back to see us again and again.