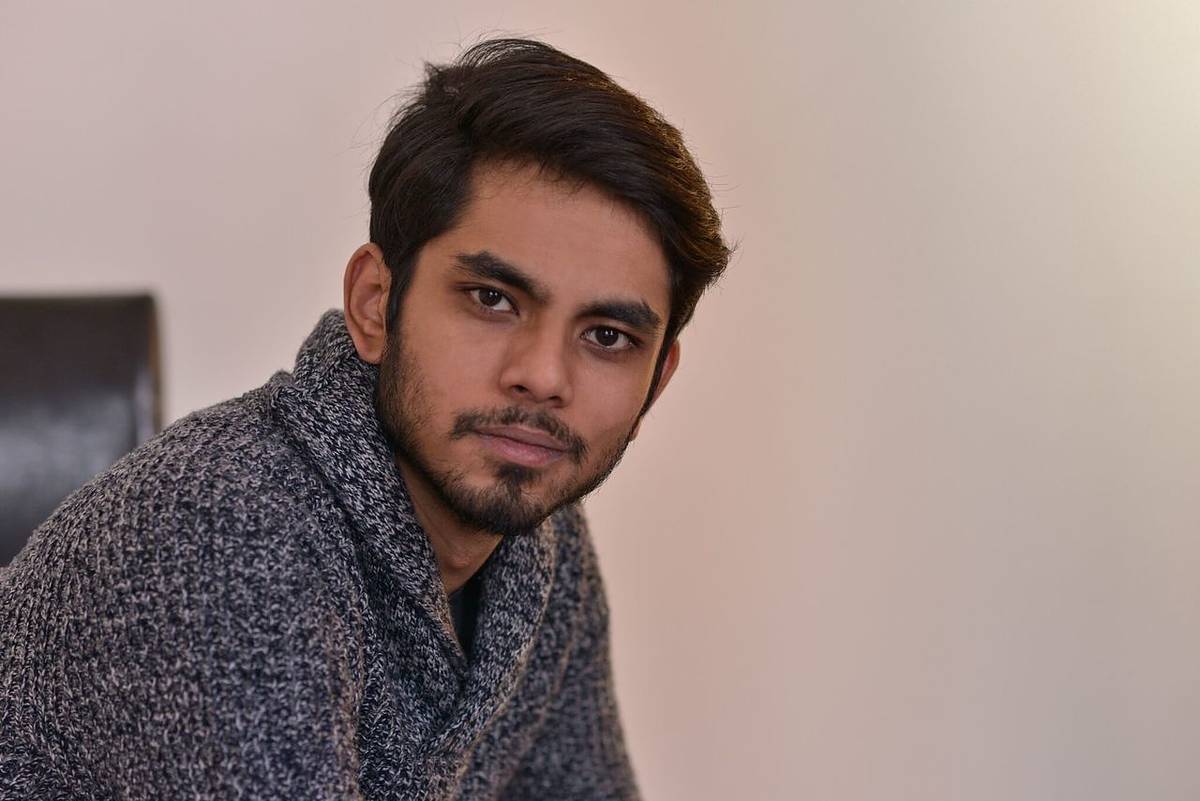 Stranded at a post between India and Pakistan, three Indian soldiers wait for a chopper extraction to rescue them that shows no sign of arriving. This play by 27-year-old Aditya Rawal from Mumbai (winner New York Innovative Theatre Award for The Queen) is set on the highest battleground on Earth. The Siachen Glacier, located in a disputed territory of Kashmir, has been the subject of a 35-year military conflict. While setting out to write an anti-war play criticizing the governments for their inability to broker a truce, after spending two weeks at the base camp, Rawal found the truth more complicated.

This play-in-development, directed by Gwynn MacDonald (“Intelligent, absorbing… a quiet but forceful call for art to alert itself to the impact of politics.” - The New York Times) explores the mistrust that lies at the root of human conflict.  The cast of Siachen includes Vandit Bhatt, Gopal Divan, Bhavesh Patel, and Levin Valayil. Sound design is by Chetan Davdra.

About the Artists
Aditya Rawal (playwright) is a writer and actor from Mumbai, India. After completing the Initiation Course in Devised Theatre and Performance at the London International School of Performing Arts in 2014, he went on to graduate from the Dramatic Writing MFA Program at Tisch School of the Arts, NYU. His play, The Queen, was performed in New York City in 2016 and received the Best Original Script prize at the New York Innovative Theatre Awards. It will premier in Mumbai in early 2020. Aditya co-wrote the screenplay of the Hindi feature film, Panipat, directed by Ashutosh Gowariker, whose film, Lagaan, was nominated for the Academy Award for Best Foreign Language Film in 2002. Multiple short films written by Aditya have been screened at festivals around the world. Also an accomplished actor, Aditya played the lead role in the Hindi feature film titled Bamfaad, which is slated for release early next year.

Born in Hong Kong, Gopal Divan (actor) began his classical training with the Royal Academy of Dramatic Art and subsequently at the prestigious Drama Centre, London. He has played on stage internationally and nationally at various theaters including the Public Theater, American Airlines, Soho Playhouse & more. He will be recurring on a new Apple+ series produced by JJ Abrams and Sara Bareilles next year and has previously been seen on HBO's "Divorce" as well as a diverse range of leading roles in indies with up and coming directors.

Levin Valayil (actor) is from Sugar Land, TX and is now based out of New York City. He is fresh off of playing Mowgli in Jungle Book in Canada, around the U.S., Asolo Rep. and Pasadena Playhouse. He also recently originated the role of Gobind in the new musical Bhagin It with the La Jolla Playhouse, Dharun Ravi in the new musical Poster Boy with the Public Theater and the Williamstown Theater Festival and the role of Lottery in the new musical Monsoon Wedding at Berkeley Repertory Theater. In addition, Levin played Man 1/Monty in Gentleman’s Guide to Love and Murder at Florida Studio Theater. Levin has also played Bob in the musical The Fabulous Lipitones at the New Theatre, Virginia Repertory Theater, and The Florida Studio Theater. Film credits include the short film Thoughtless. He has trained at the Steppenwolf Theater School, Boston Conservatory, and Berklee College of Music.

Chetan Davdra (sound design), AKA Chetz D of Chetz D Productions, is originally from the UK, Chetz D is an ensemble keyboard player, composer and producer. He has been playing Keyboard and Piano for over 15 years, worked with renowned artist from UK, India, US, and Canada. He has scored music for theatre, documentaries, narrative film, and has composed and produced singles and albums for artists from both sides of the Atlantic. Chetz D released his debut single in 2019 with renowned Bollywood playback singer Gajendra Verma on T-Series Panjab. Although having a deep passion for and roots in music from the subcontinent, Chetz D’s style of music is cross genre from East to West, classical to commercial, with a focus on creating his own sounds and fusions. Now based in Jersey City Chetz D is part of the award-winning band Rhythm Tolee, which performs a wide variety of songs admixing Indian Folk and Sufi music with western sounds/music.

Baruch Performing Arts Center is an acclaimed performing arts presence. Located in the heart of Manhattan just east of Chelsea and the famed flatiron building, BPAC presents renowned classical music, opera, jazz, theater, dance, discussion, film, and innovative cross-genre programming. BPAC has presented over 1,000 cultural programs in its 5 spaces since 2003. Its curated season of 30 programs annually emphasizes new work experienced in intimate settings, the diversity of American culture as exemplified by Baruch students (who come from 130 different countries) and work that lives at the confluence of art and social justice.