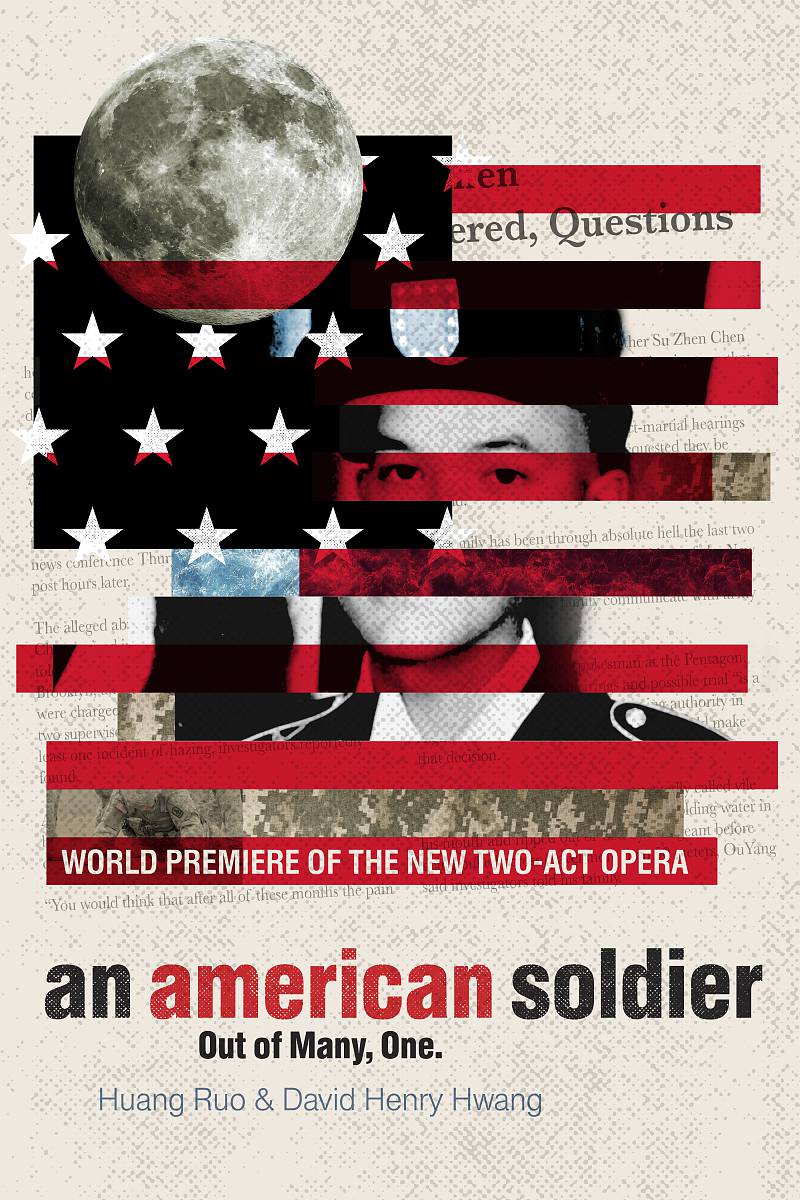 Works and Process at the Guggenheim presents Opera Theatre of St. Louis: An American Soldier

Works & Process, the performing arts series at the Guggenheim, presents

Opera Theatre of Saint Louis: An American Soldier with David Henry Hwang and Huang Ruo on Sunday, March 18, 2018 at 7:30pm.

Excerpts will be performed from An American Soldier, a new two-act opera based on the true story of Danny Chen, proud American and son of Chinese immigrants residing in Manhattan’s Chinatown. After enlisting in the U.S. Army, Chen is welcomed in boot camp, but in Afghanistan, his own base becomes enemy territory as military hazing turns deadly, posing powerful questions about what it means to be an American. Librettist David Henry Hwang and composer Huang Ruo discuss their collaboration with James Robinson, OTSL Artistic Director, and Nancy Yao Maasbach, president of the Museum of Chinese in America, prior to the opera’s World Premiere in Saint Louis. Excerpts performed by Fang- Tao Jiang, Andrew Stenson, and Guang Yang, accompanied by pianist Lachlan Glen.

An American Soldier will premiere at the Opera Theatre of Saint Louis on June 3.

Works & Process at the Guggenheim

Described by The New York Times as “an exceptional opportunity to understand something of the creative process,” for over 33 years and in over 500 productions, New Yorkers have been able to see, hear, and meet the most acclaimed artists in the world, in an intimate setting unlike any other. Works & Process, the performing arts series at the Guggenheim, has championed new works and offered audiences unprecedented access to generations of leading creators and performers. Most performances take place in the Guggenheim’s intimate Frank Lloyd Wright-designed 285-seat Peter B. Lewis Theater. In 2017, Works & Process established a new residency and commissioning program, inviting artists to create new works, made in and for the iconic Guggenheim rotunda. worksandprocess.org.