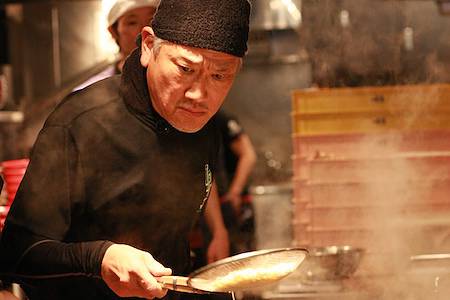 “Ramen King” Shigemi Kawahara, founder of Japanese ramen empire Ippudo, comes to New York to discuss ramen food culture and the ascendance of Ippudo in the New York food scene. Today, Ippudo has over 60 locations worldwide, but it all started back in 1985 when Kawahara opened a 300 square foot shop in his hometown of Fukuoka City, Japan. Considered the gold standard of ramen in New York, Ippudo’s two Manhattan locations attract crowds of customers every day eager for a taste of its signature broth and springy noodles. Kawahara constantly innovates on this quintessential Japanese soul food, understanding ramen’s potential for creative flair, and his impact on the industry should not be underestimated. Followed by a reception. This program will be presented with simultaneous interpretation in English and Japanese.Tickets: $13 /$10 Japan Society members, seniors and students