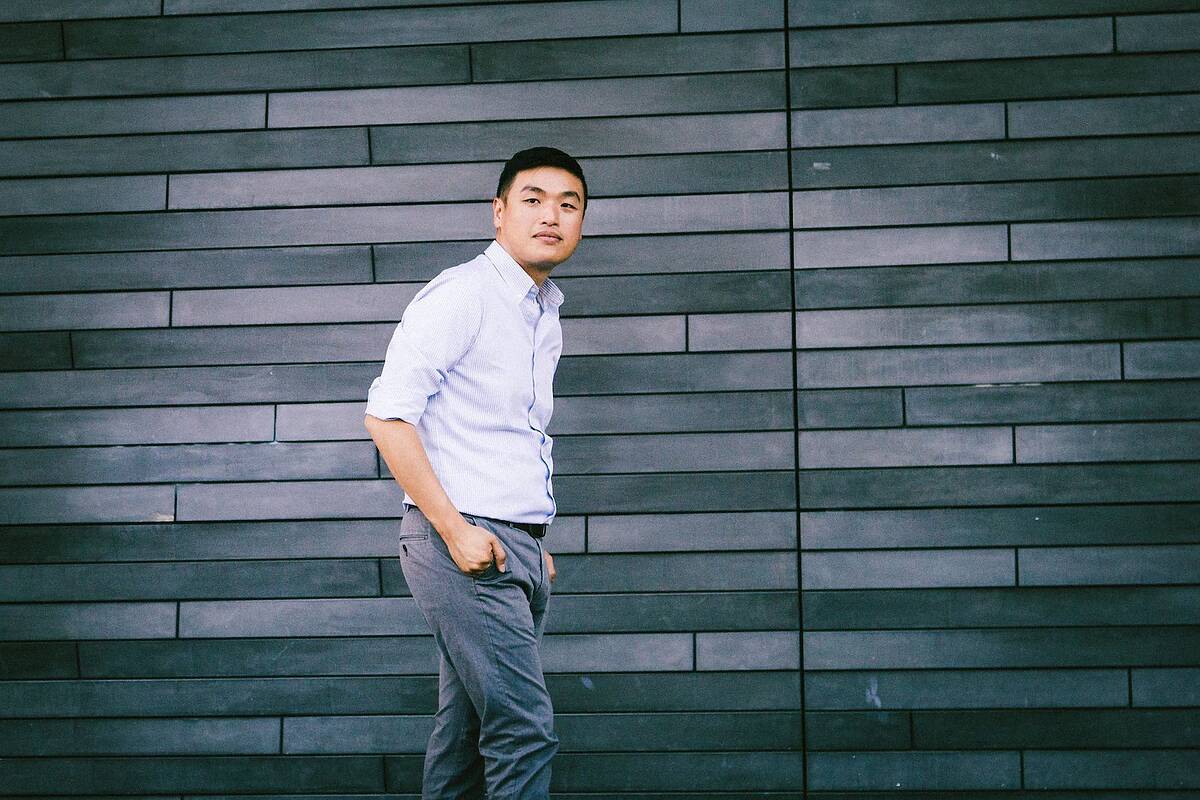 The Performance Project at University Settlement and Music At The Anthology present the World Premiere of Family Association: A Chinatown Soundwalk

The Performance Project at University Settlement and Music At The Anthology present the world premiere of Family Association, a unique, site-specific soundwalk, as part of AAPI Heritage Month in Manhattan’s Chinatown on May 27-28, 2022 and June 1-3, 2022 at 6pm at Dr. Sun Yat Sen Plaza in Columbus Park. Reservations for soundwalk meet ups are free and available at gtlam.com/family-association. Participants will meet together with composer George Tsz-Kwan Lam, who will lead this series of free soundwalk meet ups. Listeners will gather in Chinatown to begin the soundwalk, and will meet together at the end of the piece to share their experience.

Listeners may also download the app and experience this site-specific work on their own by using their own smartphones and headphones. The Family Association iOS and web apps will launch on May 27, and will be available for download at gtlam.com/family-association.

Building on Lam’s oral history and musical placemaking project The Emigrants, Family Association is an innovative site-specific, geolocation-enabled musical piece that uses collected oral history recordings from five members of the Chinese-American community presented as an interactive soundwalk in Manhattan’s Chinatown. Throughout the work, listeners will freely explore the neighborhood while listening to the project on a smartphone app, hearing interviewees’ memories of their extended families, how their families emigrated to the United States, and whom they imagine their ancestors to be – including those who left their homeland to seek a new future in the U.S. Using GPS technology, these audio recordings are embedded within sites of various family associations in Chinatown; such associations have created tight-knit, supportive, social, and imagined communities based on a common family name. These associations in the neighborhood serve as a way for the listener to interact with the stories that they hear. In Family Association, the listener will use a GPS-enabled smartphone app as they freely explore Manhattan’s Chinatown neighborhood. Listeners’ real-time location will affect what they hear, with a mix of the recorded oral history and instrumental music derived from the recorded speech created by composer George Tsz-Kwan Lam. As the work begins, the speech is more fragmented, interspersed with musical gestures inspired by the rhythms and melodic contours of the recorded speech. When the listener approaches the site of a family association, the speech can be heard more clearly, recalling the way in which these micro-communities have helped generations of Chinese-Americans to both reconstruct and reconnect with their past. Over the course of the 15-minute experience, the recorded testimony gradually focuses on the interviewees’ vision of their legacy for the next generation. Listeners will hear recorded interviews with Eugenie Chan, Jerllin Cheng, Frank Gee, Karen Liu, and Han Yu. The recorded musicians include Dorothy Chan (piano), Michael Compitello (percussion), Hannah Collins (cello), Zach Herchen (saxophone), and Patrick Yim (violin). Family Association is co-commissioned and co-presented by The Performance Project at University Settlement and MATA Presents, and is made possible with support from Music At The Anthology, Inc. (MATA) and Hong Kong Baptist University. Family Association’s app is developed with the open-source Roundware framework.

George Tsz-Kwan Lam is a composer who grew up in both Hong Kong and Winthrop, Massachusetts. He is currently Associate Professor at the Department of Music, Hong Kong Baptist University, and previously served as Assistant Professor of Music at York College, The City University of New York. He is a founding member of the artist-run new opera ensemble Rhymes With Opera, and for the 2021-22 season, he is serving as an Artist-In-Residence at University Settlement in New York City. In his work as a composer, Lam is primarily interested in the idea of musical placemaking, which is to create music that is intimately connected with the place where it is performed and heard. Such projects include a site-specific opera in 2011 inspired by former cigarette factories in Durham, North Carolina, as well as a concert band work in 2017 based on scenes from the town of Shrewsbury, Massachusetts, performed by students who live in the town. Lam’s musical placemaking project, titled The Emigrants, was commissioned by the cello-percussion duo New Morse Code. This work includes collected oral history recordings from various emigrant musicians living or working in Queens, New York City, one of the most ethnically diverse urban areas in the world. In these interviews, Lam focused on how the experience of leaving home has shaped the musicians’ identities and why they have chosen to stay. The recorded speech is interwoven with instrumental music, blurring the lines between recorded reality and its musical representation. As a result, Lam explores how the absence of a visual record can create space for an aural and musical documentary form. The Emigrants was supported by grants from CUNY and the Queens Council on the Arts. The work was first performed at the Queens Museum in 2018, and was released as a digital recording in 2020. As the 2018 Composer-in-Residence for the Chautauqua Opera Company, Lam created two works for voice and piano (Sissieretta Jones, Carnegie Hall, 1902 / O patria mia on a poem by Tyehimba Jess; Such Sweet Sorrow on a poem by Allison Joseph) and a new work for mezzo-soprano and orchestra (Underwater Acoustics on a poem by Rajiv Mohabir). Lam’s recent operas include the 2018 collaborative opera Rumpelstiltskin, created with co-composer Ruby Fulton and librettist John Clum, as well as the 2015 one-act opera Heartbreak Express also with a libretto by John Clum. Lam is also an alum of The American Opera Project's Composers & The Voice workshop. For more information, visit gtlam.com.

University Settlement partners with 40,000 New Yorkers on the Lower East Side and in Brooklyn every year to build on their strengths as they achieve healthy, stable, and remarkable lives. For 135 years, we’ve collaborated with our communities to pioneer highly effective programs that fight poverty and systemic inequality. Established in 1886 as the first Settlement House in the United States, we bring the values of that movement into the 21st century by meeting New Yorkers where they live, listening to their perspectives, recognizing their excellence, understanding them as complete individuals, and creating space for them to organize. Joining together with our neighbors to advocate for justice and equality, we help build community strength.

Since 2007, The Performance Project has been offering local young artists and professional emerging artists opportunities to connect, create and publicly present new work. We support artists who are interested in how live art can heal, empower and activate. https://www.universitysettlement.org/

Music at the Anthology (MATA) is an incubator for adventurous emerging artists experimenting with composition, multimedia, collaborative performance art, and every imaginable sound in between. We present, support, and commission the music of early-career composers, regardless of their stylistic views or aesthetic inclinations. Founded by Philip Glass, Eleonor Sandresky, and Lisa Bielawa in 1996 as a way to address the lack of presentation opportunities for unaffiliated composers, MATA has since developed into the world’s most sought-after performance opportunity for young and emerging composers. MATA presents an internationally-recognized festival each spring in New York City of new music by early-career composers selected from a free global call for submissions; MATA Presents, commissioned projects presented at venues and non-conventional spaces throughout New York; and MATA Jr., an evening of music by pre-college composers, mentored by emerging composers, and performed by top performers in new music.