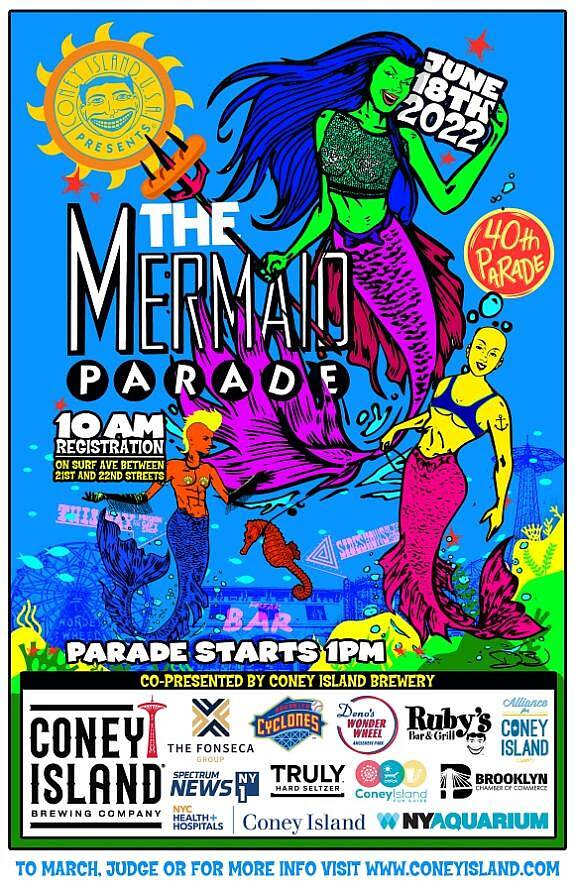 The Mermaid Parade is the largest art parade in the nation. A celebration of ancient mythology and honky-tonk rituals of the seaside, it showcases over 1,500 creative individuals from all over the five boroughs and beyond, opening the summer with incredible art, entrepreneurial spirit and community pride.

Click here, to register to participate, for info on purchasing a judgeship, parade route and all things Mermaid Parade.

Mx Justin Vivian Bond has appeared on stage (Broadway and Off-Broadway, London’s West End), screen (Shortbus, Can You Ever Forgive Me?, Sunset Stories, television (High Maintenance, Difficult People, The Get Down), nightclub stages (most notably a decades long residency at Joe’s Pub at The Public Theater in NYC), and in concert halls worldwide (Carnegie Hall, The Sydney Opera House). Photo credit Lia Clay.

Dave A. Chokshi, MD, MSc, FACP was the 43rd Commissioner at the New York City Department of Health and Mental Hygiene, one of the leading health agencies in the world. He led the City’s response to the COVID-19 pandemic, including its historic campaign to vaccinate over 6 million New Yorkers, saving tens of thousands of lives. Dr. Chokshi architected treatment strategies, navigated school and economic reopenings, and served as principal public spokesperson.

Read more about our Queen and King here.