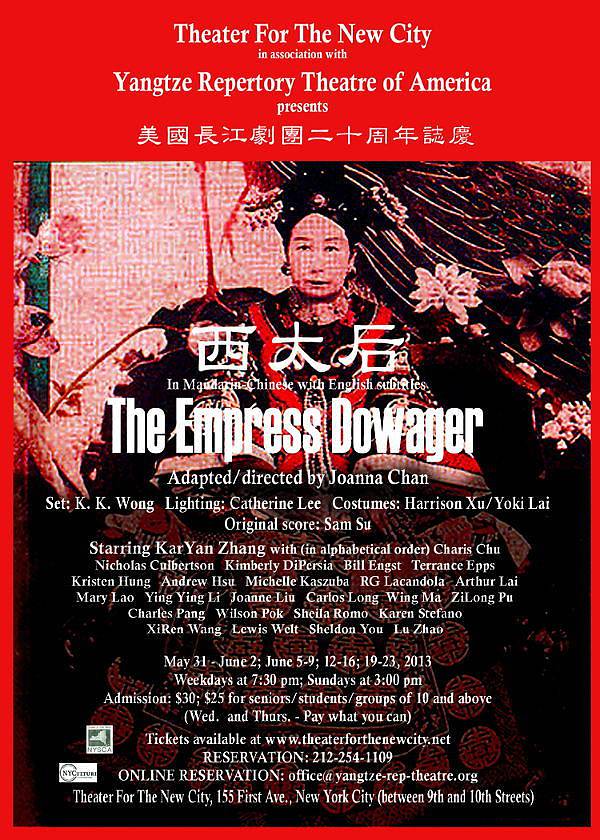 Yangtze Repertory Theatre’s 20th anniversary production is “The Empress Dowager,” a three-act epic spanning 40 years of the reign of the Manchu empress who ruled China from behind the throne. It examines the perilous journey of an ancient kingdom seeking a place in the modern world. The play is written and directed by Joanna Chan, Artistic Director, and will be performed by a cast of 28 in Mandarin Chinese with English subtitles.