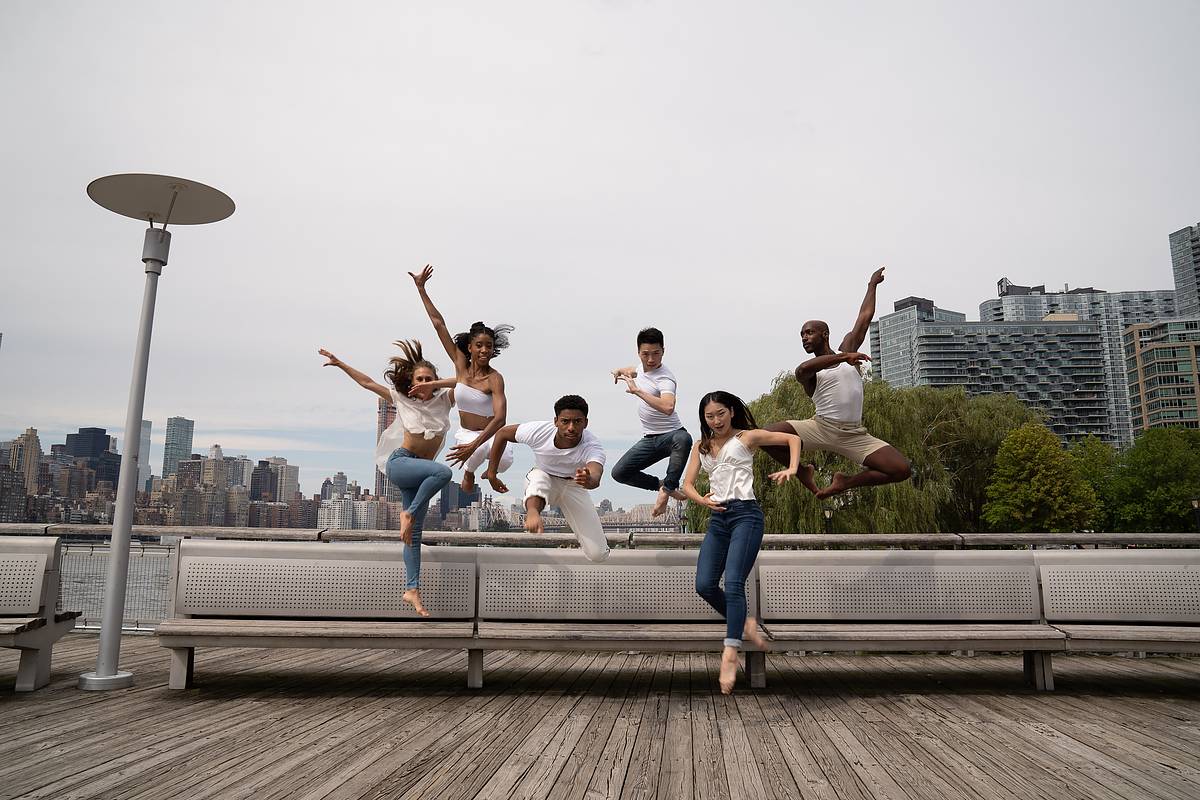 The Angelica and Russ Berrie Center for Performing and Visual Arts on the Ramapo College campus is pleased to name Nai-Ni Chen Dance Companyof Fort Lee, New Jersey, as one of the winners of its Leaning into the Unknown competition. Nai-Ni Chen Dance Company will have five dance pieces featured during a livestream performance broadcast at 8 p.m. ET on Saturday, September 19, 2020. The free live stream will be available through YouTube at https://www.youtube.com/channel/UCUmhzzIfDwm767GRpJ534VA.

The dance pieces that will be performed include:
Ripple Effect
youtube.com/watch?v=IGbonwspjp4

Leaning into the Unknown was a call to New Jersey-based artists in the performing arts to share work they were creating in response to the COVID-19 global health pandemic. The six artists chosen for the performances of new works in progress were selected by a panel of judges representing a diversity of disciplines and backgrounds. Other artists chosen include Mignolo Dance of Metuchen; performance artist Christy E. O'Connor of Middletown; poet and spoken word artist Dimitri Reyes of Kearny; The Moving Architects of Montclair; and poet Marina Carreira of Union. The livestream broadcasts have been divided into two evenings. Act I will air on September 19 with performances by Nai-Ni Chen Dance Company, Marina Carreira and Christy E. O'Connor. Act II will air on September 26 with performances by Mignolo Dance, The Moving Architects and Dimitri Reyes. After each broadcast, audiences will be able to join Lisa Campbell, Berrie Center Director, and the artists for that evening in a live chat where they can ask questions of the artists. Audiences can view the broadcasts on the Ramapo College Berrie Center YouTube channel. While events are free, viewers are encouraged to consider making a gift to the Contemporary Arts Fund or the COVID-19 Student Emergency Fund through the Ramapo Foundation at www.ramapo.edu/give. For more information and to access the broadcasts visit www.ramapo.edu/berriecenter.

About Ramapo College of New Jersey
Ramapo College of New Jersey is the state’s premier public liberal arts college and is committed to academic excellence through interdisciplinary and experiential learning, and international and intercultural understanding. The College is ranked #1 among New Jersey public institutions by College Choice, and is recognized as a top college by U.S. News & World Report, Kiplinger’s, Princeton Review and Money magazine, among others. Ramapo College is also distinguished as a Career Development College of Distinction by CollegesofDistinction.com, boasts the best campus housing in New Jersey on Niche.com, and is designated a “Military Friendly College” in Victoria Media's Guide to Military Friendly Schools. Established in 1969, Ramapo College offers bachelor’s degrees in the arts, business, data science, humanities, social sciences and the sciences, as well as in professional studies, which include business, education, nursing and social work. In addition, the College offers courses leading to teacher certification at the elementary and secondary levels, and offers graduate programs leading to master’s degrees in Accounting, Business Administration, Data Science, Educational Technology, Educational Leadership, Nursing, Social Work and Special Education.

About Nai-Ni Chen
Hailed as a Spiritual Choreographer by Dance Magazine and recipient of multiple choreographic fellowships from the National Endowment for the Arts and New Jersey State Council on the Arts, Nai-Ni Chen has been creating dances professionally for over thirty years in the United States. She has built a diverse repertory of over 80 original works and toured to major venues in the US and international contemporary dance festivals in 12 countries. She will be teaching her signature technique KINETIC SPIRAL which is a blend of the dynamic, ever-evolving spirit of contemporary dance and the grace and splendor of the Chinese artistic traditions.

About the Nai-Ni Chen Dance Company
Bringing the dynamic freedom of American modern dance together with the elegant splendor of Asian art, the Nai-Ni Chen Dance Company is one of the most visible Asian American dance companies in America. Ms. Chen’s unique choreography transports audiences beyond cultural boundaries to the common ground between tradition and innovation, discipline and freedom, and form and spirit. Since its inception in 1988, the company has earned a broad base of public support and has toured extensively to major performing arts centers throughout more than thirty states. Presented by some of the most prestigious concert halls in the United States, from the Joyce Theater in New York to the Ordway Center in Minnesota and the Cerritos Center in California, the Company has mounted more than twenty national tours and nine tours abroad. Ms. Chen’s work has been presented by such acclaimed international festivals as the Silesian International Contemporary Dance Festival and the Konfrontations International Dance Festival, both in Poland, the Chang Mu International Arts Festival in Korea and the Meet in Beijing International Arts Festival. The Company was also honored by a distinctive grant award from both the President’s Committee on Arts and Humanities and the Department of State to represent the United States in a seven-city tour arranged by the Tamaulipas International Arts Festival in Mexico. Also, the Nai-Ni Chen Dance Company has the unique honor of having received more than fifteen awards from the National Endowment for the Arts and numerous Citations of Excellence and grants from the New Jersey State Council on the Arts. In addition to its extensive season of touring and performing, the company has developed Arts in Education residency programs in school districts to bring culture and arts into educational settings. It’s colorful and engaging in-school assembly program "The Art of Chinese Dance" has been presented in hundreds of schools in NJ, NY, CT and PA, reaching hundreds of thousands of youth. The Company is currently in-residence at New Jersey City University and assisting NJCU in the development of a new BFA in Dance. For additional Company information, visit www.nainichen.org; write to Nai-Ni Chen Dance Company, P.O. Box 1121, Fort Lee, NJ 07024; or call (800) 650-0246.