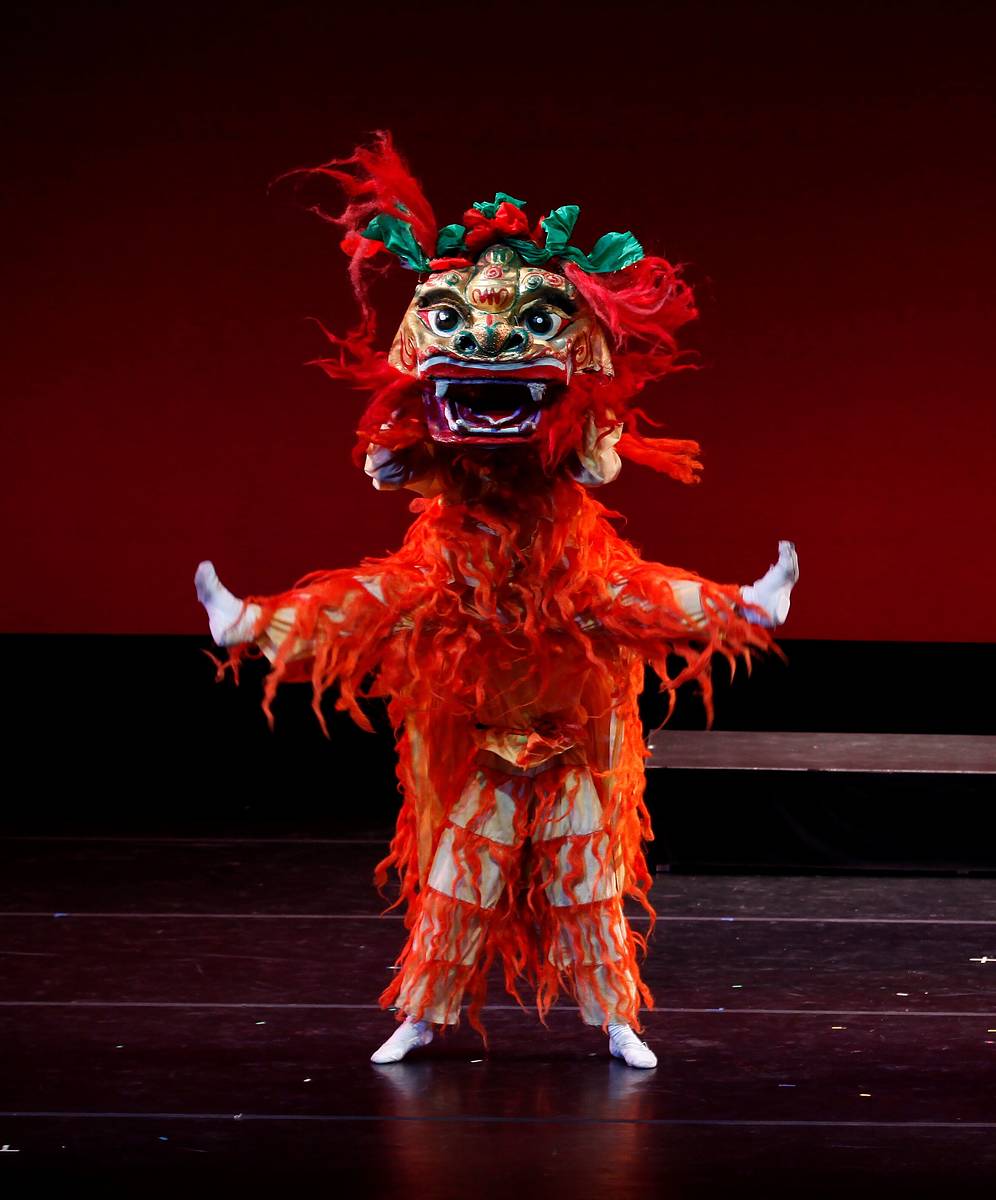 For the 22nd year, Nai-Ni Chen Dance Company announces a colorful and vibrant special Chinese New Year Celebration at the New Jersey Performing Arts Center (NJPAC), 1 Center Street, Newark, NJ 07102, on Saturday and Sunday, January 25 and 26, 2020 at 2pm. Tickets are $27-35 and are available by phone at (888) GO-NJPAC or online at www.njpac.org.

Chen and company specialize in “a remarkably smooth blend of the new and the old, as well as a confident, intensely personal approach to nature,” said The New York Times, which has described Chen’s dancers as “endlessly proliferating forces of cosmic energy.”

The Year of the Golden Rat marks the beginning of a Zodiac cycle, and the Chinese people usually celebrate the occasion with abundant food, dance, music and festivity lasting a month long. The Nai-Ni Chen Dance Company will celebrate the beginning of the cycle with a special program steeped in symbolism and virtue inherit in the Chinese American immigrant culture, expressing the Company’s commitment to the art and the culture of the community.

According to the Chinese calendar, family and friends should expect 12 months of joyful abundance in the Year of the Golden Rat. This lively performance to mark the beginning of the year will warm the hearts and delight the senses of audiences of all ages. Dancers with colorful, elaborate costumes, musicians playing ancient melodies and dazzling acrobats fill the stage. The playful Lions bring joy and good fortune. The majestic dragons fly out of the ocean and charm the Earth with a spell of peace and wealth. Exotic music and dance from various parts of the Chinese American immigrant community come together in a show of beauty and excitement. The festivities extend into the lobby, where an arts and crafts display showcases more of the culture and creativity of the Chinese-American community.
To celebrate the beginning of the Zodiac cycle, the Company will again feature immigrant artists from the Chinese Music Ensemble of New York who will bring festival and authentic Chinese instrumental music throughout the festival.

The choreographer and the Company feels that in today’s environment, the work of immigrant artist Nai-Ni Chen is especially important as she has been developing works that advocate for the culture of the community, fighting stereotype and prejudice as an Asian woman artist who is leading a professional dance troupe in America.

Metropolitan area audiences have made this event an annual tradition. For this celebration, Nai-Ni Chen produced a program that introduces the beauty, creativity and diversity of Chinese-American arts in New York and New Jersey through high-quality performance and activities.

For this concert, the program begins with the playful and colorful Lion Dance, a classical favorite that brings joys to everyone. The Hakka culture, one of China’s most well-known group of Han migrants who moved from the central plains to the coastal area and are early settlers in Taiwan. Later, the Hakka people also migrated to different parts of the world, forming a global network and a distinctive worldwide subculture. The Company will offer a beautiful Umbrella dance using characteristic of the Hakka design and a choreographed dance popular in Southern coastal China.

For this year, Nai-Ni Chen will celebrate the beginning of the Chinese American immigration to America. She will present a new dance, “A Ten-Mile Day” to commemorate the exceptional work of the Chinese Railroad workers who built 10 Miles of Railroad in one day during the construction of the Transcontinental Railroad.

In the celebration, Nai-Ni Chen will feature some of her most audience favorite dances including raindrops, a delightful dance for 4 women celebrating the joy of womanhood and the rain harbor she was born in. The program will also include Whirlwind, the dance conceived by Nai-Ni Chen observing the whirlwind on the Silk Road that made the desert dance with a powerful, dynamic spin that resonates with the beauty of the Uyghurs dance she experienced in XingJiang.

A Chinese New Year Celebration would not be complete without a visit by the auspicious Dragon. The Company will be performing the Dragon Dance as a conclusion to this fantastic celebration.

Bringing the dynamic freedom of American modern dance together with the elegant splendor of Asian art, the Nai-Ni Chen Dance Company is one of the most visible Asian American dance companies in America. Ms. Chen’s unique choreography transports audiences beyond cultural boundaries to the common ground between tradition and innovation, rising beyond form into the spirit.

One of the few Asian American professional dance companies with an extensive season of touring and performing around the world, Nai-Ni Chen has also developed Arts in Education residency programs in school districts to bring culture and arts into educational settings. Its colorful and engaging programs and workshops have reached over one million young audience members in the NY/NJ area. The Company is currently in residence at New Jersey City University and has been a Principal Affiliate of the New Jersey Performing Arts Center since its inception.
The Nai-Ni Chen Dance Company has the honor of having received more than fifteen awards from the National Endowment for the Arts and numerous Citations of Excellence and grants from the New Jersey State Council on the Arts. Other funders include the Geraldine R. Dodge Foundation; Mid-Atlantic Arts Foundation; the Hyde and Watson Foundation; Horizon Foundation, The Irving and Laurie Blanchard Foundation; the E.J. Grassman Trust; PSE&G; the Lower Manhattan Cultural Council; Verizon; Sony; New Music/USA; Chase Manhattan Bank; the Mid-Atlantic Arts Foundation and others.
About NJPAC

New Jersey Performing Arts Center (NJPAC), located in downtown Newark, N.J., has the most diverse programming and audience of any performing arts center in the country, and is the artistic, cultural, educational and civic center of New Jersey - where great performances and events enhance and transform lives every day. NJPAC brings diverse communities together, providing access to all and showcasing the state’s and the world’s best artists while acting as a leading catalyst in the revitalization of its home city. Through its extensive Arts Education programs, NJPAC is shaping the next generation of artists and arts enthusiasts. NJPAC has attracted more than 8 million visitors (including over 1.6 million children) since opening its doors in 1997, and nurtures meaningful and lasting relationships with each of its constituents.