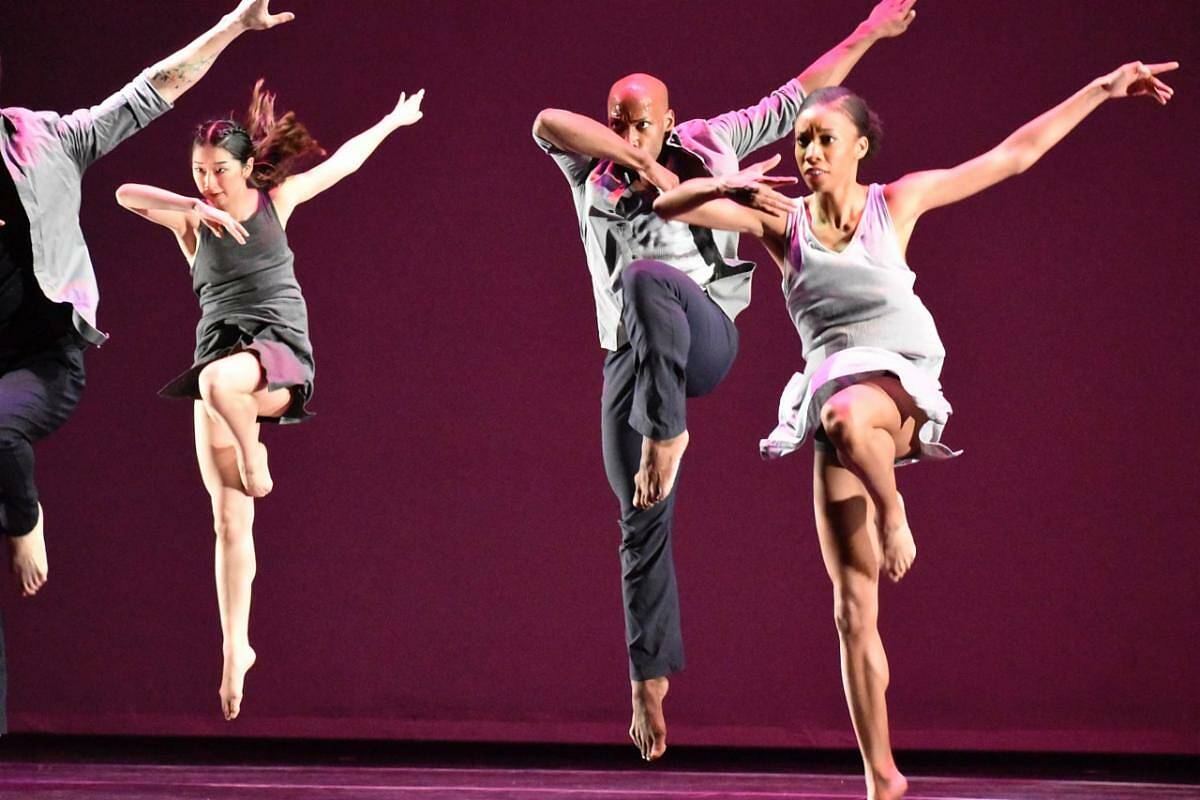 Nai-Ni Chen Dance Company presents Song of Phoenix at Brooks Center for the Performing Arts at Clemson University on October 14, 2021 at 7:30pm. Song of Phoenix is a production that includes many of the Nai-Ni Chen signature works, which introduce the audience to the unique immigrant journey experienced by the choreographer, whose work reflects the struggle and triumph in adapting and integrating with her new home. Tickets are $35 for adults, $15 for students and seniors, and free for Clemson University students, and can be purchased on the Clemson ticketing portal: https://clemson.universitytickets.com/w/event.aspx?id=1336&amp;r=35673d1521a843eba58018929cc2918d.

Nai-Ni Chen Dance Company will be presenting its signature production Song of the Phoenix, consisting of the choreographer’s most well-known dances aiming to brings the audience on the immigrant’s journey through space and time to a place where tradition meets innovation and cultures collaborate in harmony. These dances reflect the human condition in its global context and the artist’s vision of the world in this transitional time. In this program, audience will experience the majestic thunder of the Martial Arts and the mysterious whisper of poetry through the global language of dance. Choreographer Nai-Ni Chen used the sybol of phoenix to name this production because the phoenix is known in both eastern and western cultures as an awe-inspiring creature of death defying strength and majesty, represents the power and mystery of the feminine for the East and renewal for the West. Applying the ancient wisdom of the Chinese I-Ching, Song of the Phoenix expresses modern concerns of the changing environment and events in human life with refreshing theatrical ideas, powerful dance movements that keeps the audience excited, surprised and most importantly, connected through the arts.

About Nai-Ni Chen Dance Company:
“Chen’s phrases, part exoskeletal rigidity, part boneless grace, embodied an epic dignity." - Village Voice. Choreographer/Dancer, Nai-Ni Chen, is a unique artist whose work crosses cultural boundaries. Each of her dances reflect her personal vision as an immigrant and an American female artist with deep roots in the Asian culture. From this very personal perspective, she creates new works that reflect current issues with global influences. Some of her works have been developed in collaboration with renowned artists such as the Ahn Trio, Glen Velez, Joan La Barbara, and the members of the New Asia Chamber Music Society. Bridging the grace of Asian elegance and American dynamism, the Nai-Ni Chen Dance Company is a premier provider of innovative cultural experiences that reflect the inspiring hope and energy of the immigrant’s journey. The company’s ground-breaking works have focused on themes from ancient legends that reflect issues of the present time to purely abstract, contemporary dances influenced by a mix of cultures Nai-Ni Chen experienced in New York. An Asian American company that celebrates cross-cultural experience, the Company’s productions naturally bring forth issues of identity, authenticity, and equality. The Company has presented at some of the most prestigious concert halls such as the Joyce Theater, Lincoln Center in New York, and the Tampa Bay Performing Arts Center in Florida. The Company appears annually at the New Jersey Performing Arts Center, Queens College, the College of Staten Island and on Ellis Island. Internationally, the Company has presented at international festivals including Open Look Festival in Russia, the Silesian International Contemporary Dance Festival, the Konfrontations International Festival in Poland, the Chang Mu International Dance Festival in Korea, the Meet in Beijing International Arts Festival in China, and the Tamaulipas International Arts Festival in Mexico. The Nai-Ni Chen Dance Company has received more than 20 awards from the National Endowment for the Arts and numerous Citations of Excellence and grants from the New Jersey State Council on the Arts. Advancing Dance Education, the Nai-Ni Chen Dance Company is currently in residence in New Jersey City University pioneering a program with the University's A Harry Moore Laboratory School teaching dance to urban children with disabilities. For additional Company information, visit their website, www.nainichen.org; write to Nai-Ni Chen Dance Company, P.O. Box 1121, Fort Lee, NJ 07024; or call (800) 650- 0246. Programs of the Nai-Ni Chen Dance Company are made possible by the generous support of our Board members, the National Endowment for the Arts, the New Jersey State Council on the Arts/Department of State, a Partner Agency of the National Endowment for the Arts, The Mid-Atlantic Arts Foundation (MAAF), the New Jersey Cultural Trust, the New York State Council on the Arts with the support of Governor Kathy Hochul and the New York State Legislature, The New Jersey Arts and Culture Recovery Fund administered by the Princeton Area Community Foundation, the Geraldine R. Dodge Foundation, the Hyde and Watson Foundation, E.J. Grassman Trust, The Horizon Foundation for New Jersey, New Music USA, the Blanche & Irving Laurie Foundation, Dance/NYC Dance Advancement Fund, the Rapid Response Program of American Dance Abroad, the Association of Performing Arts Presenters’ Cultural Exchange Fund, supported by the Andrew W. Mellon Foundation, PSEG, Proskauer, WAC Lighting, and the Glow Foundation and the Dragon and Phoenix Foundation.