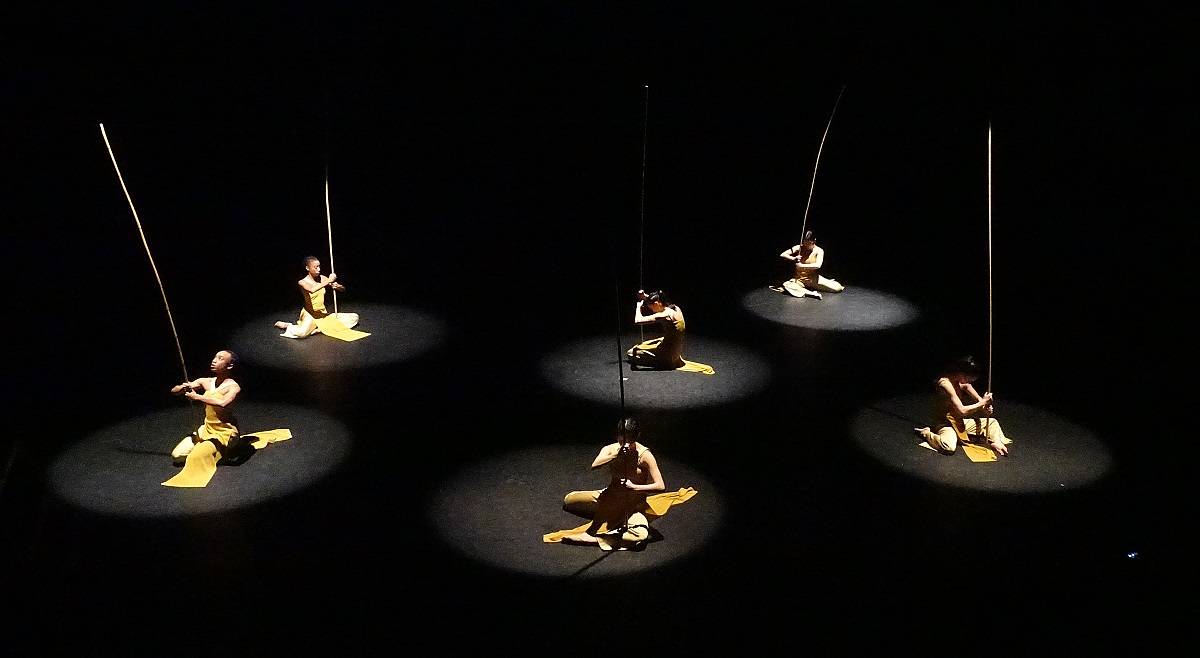 Peiju Chien-Pott joined the Graham Company in 2011. She received the Positano Premia La Danza 2014 award for Best Contemporary Dancer, was named one of the year’s “Best Performers” in 2014 and 2017 by Dance Magazine, was an honoree of the “Women’s History Month” by Hudson County and received a 2017 Bessie award for Outstanding Performer. Ms. Chien-Pott has created lead roles by many of the world’s most celebrated choreographers including Nacho Duato, Mats Ek, and Andonis Foniadakis. She graduated with a BFA. from Taipei National University of the Arts, and has since been honored with their Outstanding Alumni Award. She recently received an Outstanding Dance Artist Award from the government of Taiwan.

Yuka Notsuka was born in Fukuoka, Japan. She began her Ballet training in her hometown at age four. Later she broadened her training to include Jazz and Tap. Later Yuka moved to New York City to further pursue her career as a dancer. In 2015 she entered the Ailey School as a scholarship student. She performed in Ailey Spirit Gala Concert at Lincoln Center choreographed by Tracy Inman (Co-Director, The Ailey School) and Robert Battle (Artistic director of Alvin Ailey American Dance Theater). Yuka joined the Nai-Ni Chen Dance Company in 2017. She also has been in training and served as Teaching Assistant at the Luigi Jazz Dance Center under Francis J. Roach.

Potri Ranka Manis Queano Nur is the Founder/Artistic Director and Tradition-Bearer of Kinding Sindaw, and a Storyteller).  OnJuly 23, 2005 Potri was enthroned as Bai a Labi a Gaus sa Borocot by the representatives from the 17 Pagawidan a Ranao in Marawi City, Lanao del Sur. Potri was born and raised in the Southern Philippines, she is a daughter of the late Sultan a Gaus of the Royale House of Borocot the 15th Pagawidan of the Pat Pengempong a Ranao. She also learned the traditions of the neighboring indigenous communities. She has written and directed many plays as a resident artist of LaMaMa. She founded Panata and co-authored and performed the Oratoyo-Bells of Balanggiga and acted a lead role in Dis-oriented, a feature film of Francisco Aliwalas. She was in Draupadi directed by Ellen Stewart, La Mama Great Jones Repertoire. She is a artist-teacher faculty of Lotus Fine Arts. She a practitioner of Theater of the Oppressed and a producer and actor in Newyorkustan directed by Steven de Castro. Potri is an artist-activist who campaigns for self-determination of the Moro and indigenous people.

Nai-Ni Chen Dance Company
A blossom of color, energy and motion, “like endlessly proliferating forces of cosmic energy,” says the New York Times.
Bringing the dynamic freedom of American modern dance together with the elegant splendor of Asian art, the Nai-Ni Chen Dance Company is one of the most visible Asian American dance companies in America. Ms. Chen’s unique choreography transports audiences beyond cultural boundaries to the common ground between tradition and innovation, discipline and freedom, and form and spirit. Since its inception in 1988, the company has earned a broad base of public support and has toured extensively to major performing arts centers throughout more than thirty states. Presented by some of the most prestigious concert halls in the United States, from the Joyce Theater in New York to the Ordway Center in Minnesota and the Cerritos Center in California, the Company has mounted more than twenty national tours and nine tours abroad. Ms. Chen’s work has been presented by such acclaimed international festivals as the Silesian International Contemporary Dance Festival and the Konfrontations International Dance Festival, both in Poland, the Chang Mu International Arts Festival in Korea and the Meet in Beijing International Arts Festival. The Company was also honored by a distinctive grant award from both the President’s Committee on Arts and Humanities and the Department of State to represent the United States in a seven-city tour arranged by the Tamaulipas International Arts Festival in Mexico. Also, the Nai-Ni Chen Dance Company has the unique honor of having received more than fifteen awards from the National Endowment for the Arts and numerous Citations of Excellence and grants from the New Jersey State Council on the Arts. In addition to its extensive season of touring and performing, the company has developed Arts in Education residency programs in school districts to bring culture and arts into educational settings. It’s colorful and engaging in-school assembly program “The Art of Chinese Dance” has been presented in hundreds of schools in NJ, NY, CT and PA, reaching hundreds of thousands of youth. The Company is currently in-residence at New Jersey City University and assisting NJCU in the development of a new BFA in Dance.