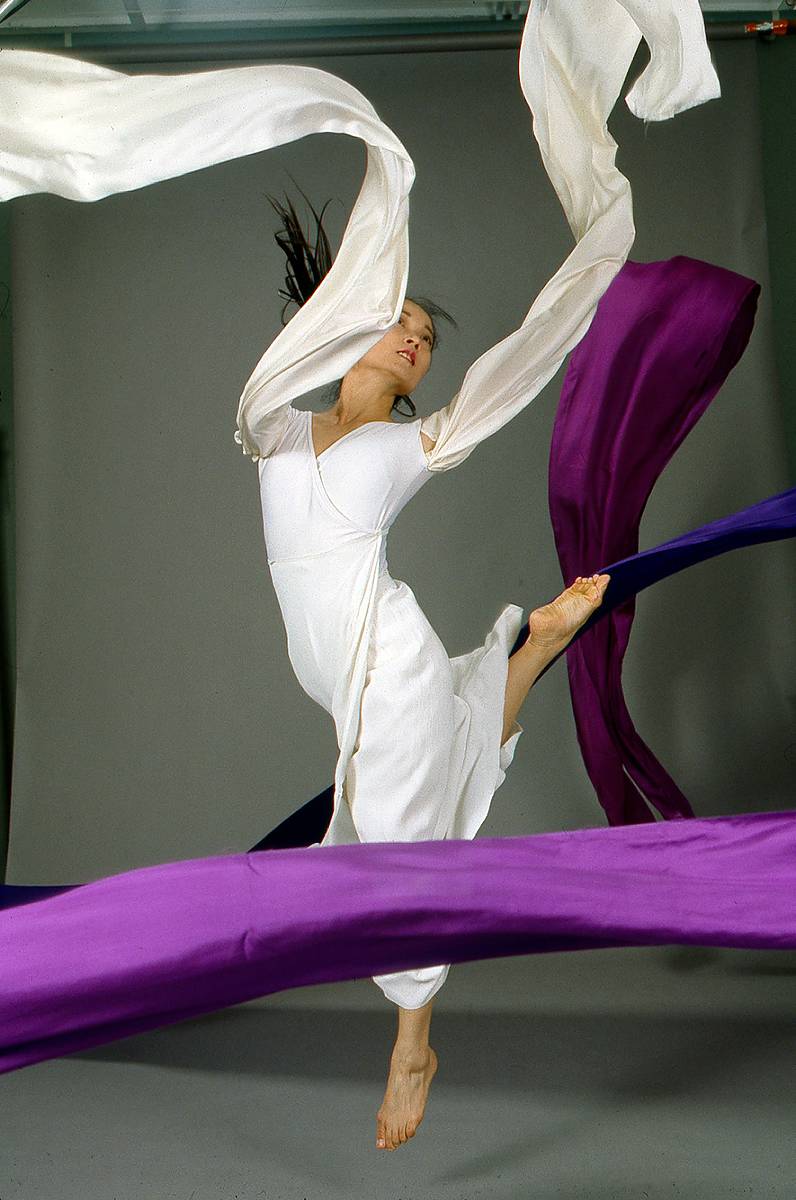 In the midst of the COVID-19 crisis, the Nai-Ni Chen Dance Company is keeping its dancers in shape by conducting regular Company Classes online from Nai-Ni and Company dancer’s living rooms using Zoom.  After a few weeks, Company members and Nai-Ni invited former dancers of the Company and friends to join through Zoom.  At the same time, company dancers translated their online dance teaching skills to serve K-12 students and students with disabilities in underserved communities.  Dance has brought them rays of hope and joy in their confined environment.

Miki Orihara is known for her Bessie Award winning career with the Martha Graham Dance Company. She has performed on Broadway, and with Elisa Monte, SITI Company, PierGroupDance, Lotuslotus and in productions by Rioult Dance, Twyla Tharp, Anne Bogart and Robert Wilson. She is a sought after teacher and coach working with the Kirov Ballet, Japan’s New National Theater Ballet School, the Ailey School, New York University, The Hartt School, L'ete de la Danse (Paris) and is Dance Director for Mishmash*Miki Orihara and Martha Graham Dance technique DVD (2018). Orihara is currently the curator /director of NuVu Festival.

Barkha Patel is an Indian classical Kathak dancer, choreographer, and educator. As a preservationist of Kathak dance, Barkha believes in sharing stories through abhinaya, deep facial expressions, and nritta, traditional and innovative movement. Recently, Barkha completed her choreographic fellowship with Jersey Moves and received the prestigious Choreographer Fellowship from the New Jersey State Council on the Arts. As an educator, Barkha conducts dance classes and master workshops in New York and New Jersey.Hailed as a Spiritual Choreographer by Dance Magazine and recipient of multiple choreographic fellowships from the National Endowment for the Arts and New Jersey State Council on the Arts.

A blossom of color, energy and motion, “like endlessly proliferating forces of cosmic energy,” says the New York Times.

In addition to its extensive season of touring and performing, the company has developed Arts in Education residency programs in school districts to bring culture and arts into educational settings. It’s colorful and engaging in-school assembly program “The Art of Chinese Dance” has been presented in hundreds of schools in NJ, NY, CT and PA, reaching hundreds of thousands of youth. The Company is currently in-residence at New Jersey City University and assisting NJCU in the development of a new BFA in Dance.