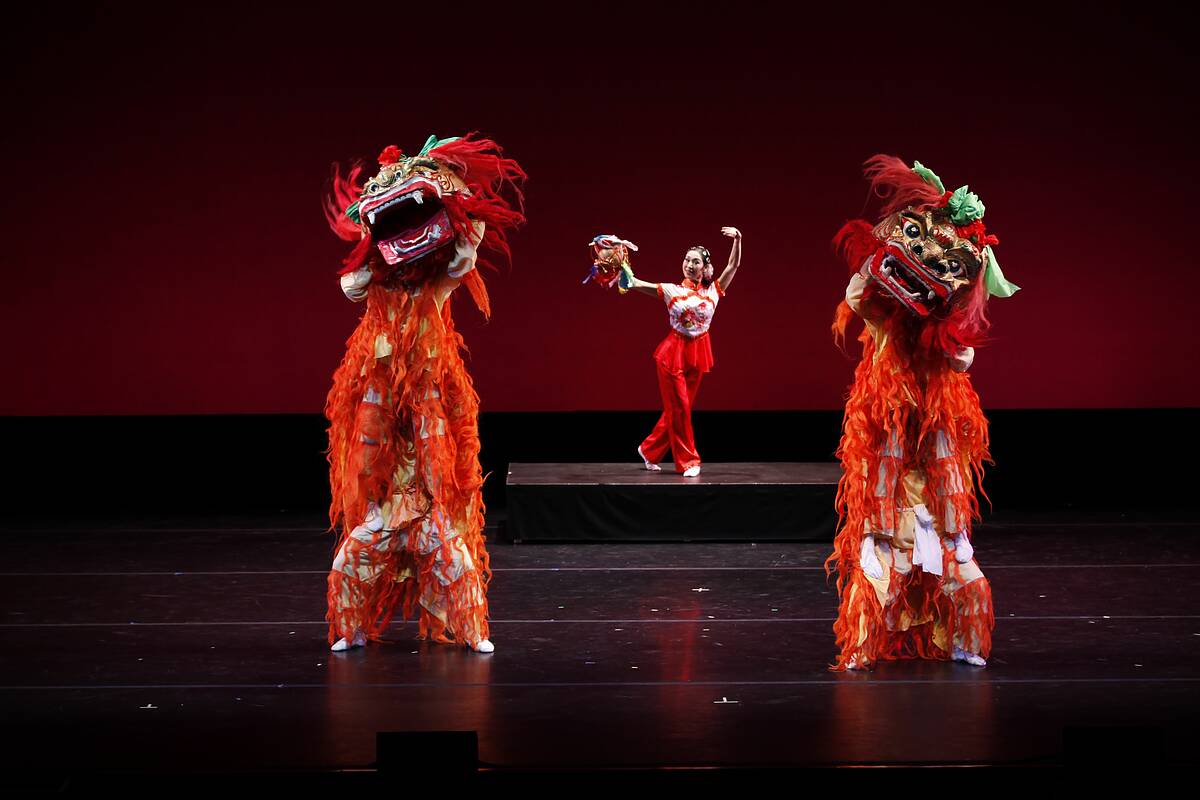 Nai-Ni Chen Dance Company will celebrate the Lunar New Year: Year of the Black Water Rabbit at NJPAC on Saturday, January 21 and Sunday, January 22, 2023 at 2pm at the Victoria Theater on the Lizzie and Jonathan Tisch Stage. Tickets are $27-$35, and are available for purchase at njpac.org/event/nai-ni-chen-year-of-the-black-water-rabbit/.

A Newark tradition for over two decades, Nai-Ni Chen Dance Company returns to NJPAC to welcome the coming of the Spring of 2023, the Year of the Black Water Rabbit. It’s a spectacular experience for all ages, combining traditional Chinese celebration with modern flair. The Red Lions dance to a hip hop beat. The Golden Dragon brings good luck and fortune for the coming year. The Company will also showcase a contemporary dance work, Ashes of A Dead Frog, choreographed by legendary Polish Choreographer Jacek Luminski that was commissioned by Nai-Ni Chen almost a decade ago. Guest artists from the Chinese Music Ensemble of New York will provide traditional and contemporary music on classical and folk Chinese instruments. The Company Dancers, acrobats and musicians perform in festive costumes in red, gold, blue and purple colors symbolizing their prayer for a peaceful and harmonious New Year with plenty of prosperity and good fortune for everyone to enjoy and share.

Presented as part of the M&T Bank Dance Series.

Choreographer/Dancer Nai-Ni Chen (1958-2021) was a unique artist whose work crosses many cultural boundaries. Each of her dances reflect her personal vision as an immigrant and an American female artist with deep roots in the Asian culture. From this very personal perspective, she created new works that reflect current issues with global influences. Some of her works were developed in collaboration with renowned artists such as the Ahn Trio, Glen Velez, Joan La Barbara, Jason Kao Hwang, Tao Chen, Tan Dun and the Chinese Music Ensemble of New York.

Bridging the grace of Asian elegance and American dynamism, the Nai-Ni Chen Dance Company is a premier provider of innovative cultural experiences that reflect the inspiring hope and energy of the immigrant’s journey. The company’s ground-breaking works have focused on themes from ancient legends that reflect issues of the present time to purely abstract, contemporary dances influenced by a mix of cultures Nai-Ni Chen experienced in New York. An Asian American company that celebrates cross-cultural experience, the Company’s productions naturally bring forth issues of identity, authenticity, and equality.

Programs of the Nai-Ni Chen Dance Company are made possible by the generous support of our Board members, the National Endowment for the Arts, the New Jersey State Council on the Arts/Department of State, a Partner Agency of the National Endowment for the Arts, The Mid-Atlantic Arts Foundation (MAAF), the New Jersey Cultural Trust, the New York State Council on the Arts with the support of Governor Kathy Hochul and the New York State Legislature, The New Jersey Arts and Culture Recovery Fund administered by the Princeton Area Community Foundation, the Geraldine R. Dodge Foundation, the Hyde and Watson Foundation, E.J. Grassman Trust, The Horizon Foundation for New Jersey, New Music USA, the Blanche & Irving Laurie Foundation, Dance/NYC Dance Advancement Fund, the Rapid Response Program of American Dance Abroad, the Association of Performing Arts Presenters’ Cultural Exchange Fund, supported by the Andrew W. Mellon Foundation, PSEG, Proskauer, WAC Lighting, and the Glow Foundation and the Dragon and Phoenix Foundation.

About NJPAC
New Jersey Performing Arts Center (NJPAC), located in downtown Newark, N.J., is America’s most diverse performing arts center, and the artistic, cultural, educational and civic center of New Jersey – where great performances and events enhance and transform lives every day. NJPAC brings diverse communities together, providing access to all and showcasing the state’s and the world’s best artists while acting as a leading catalyst in the revitalization of its home city. Through its extensive Arts Education programs, NJPAC is shaping the next generation of artists and arts enthusiasts. NJPAC has attracted 10 million visitors (including more than 1.8 million children) since opening its doors in 1997, and nurtures meaningful and lasting relationships with each of its constituents.