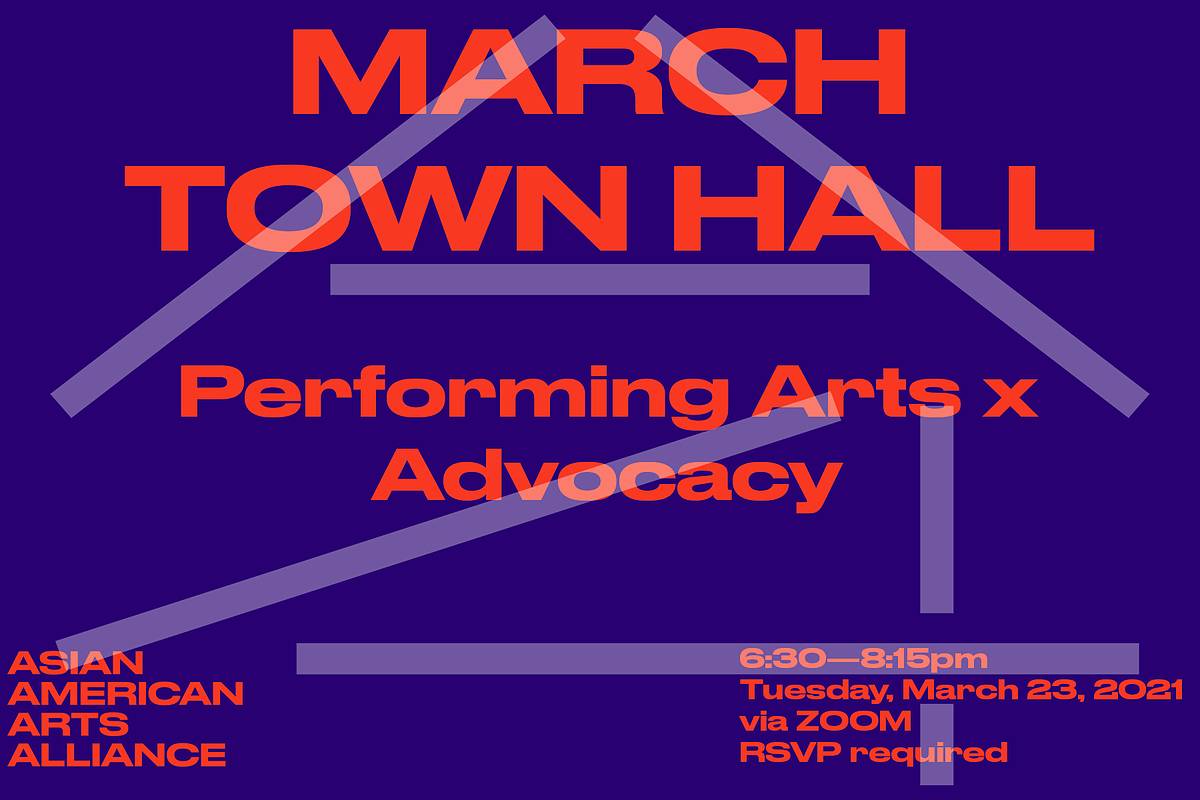 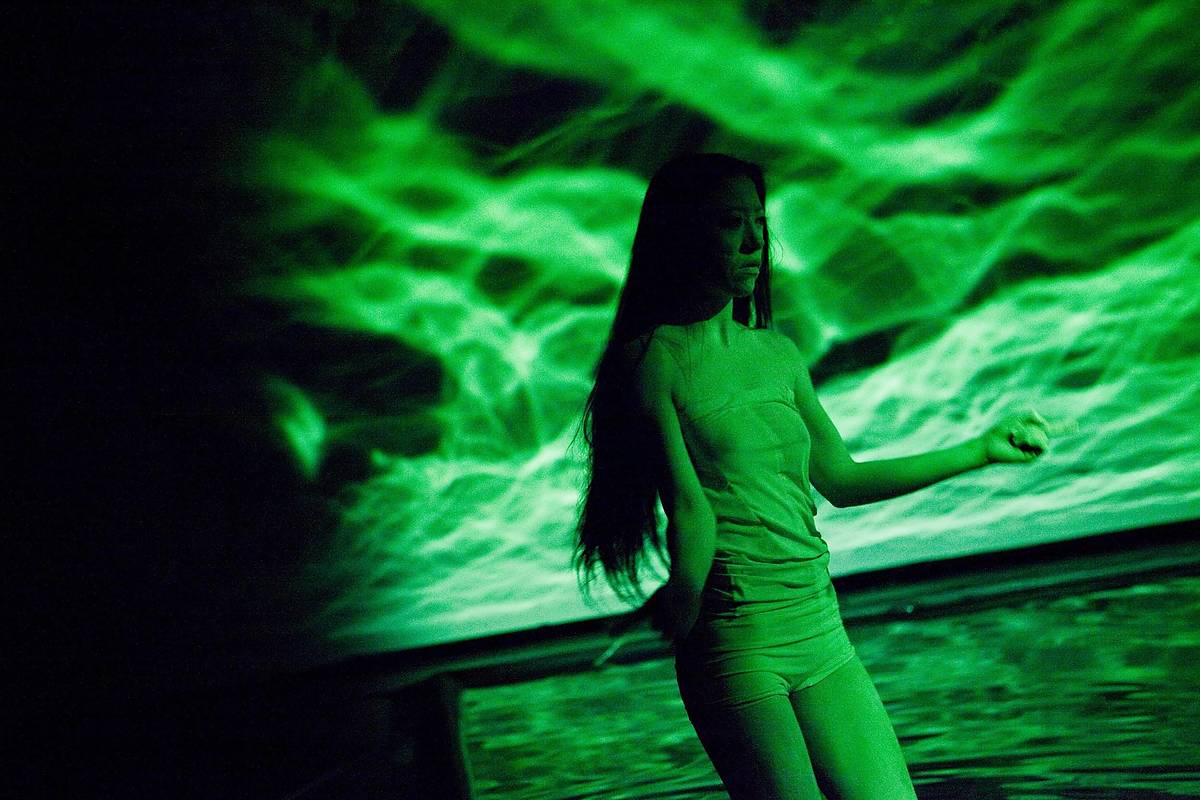 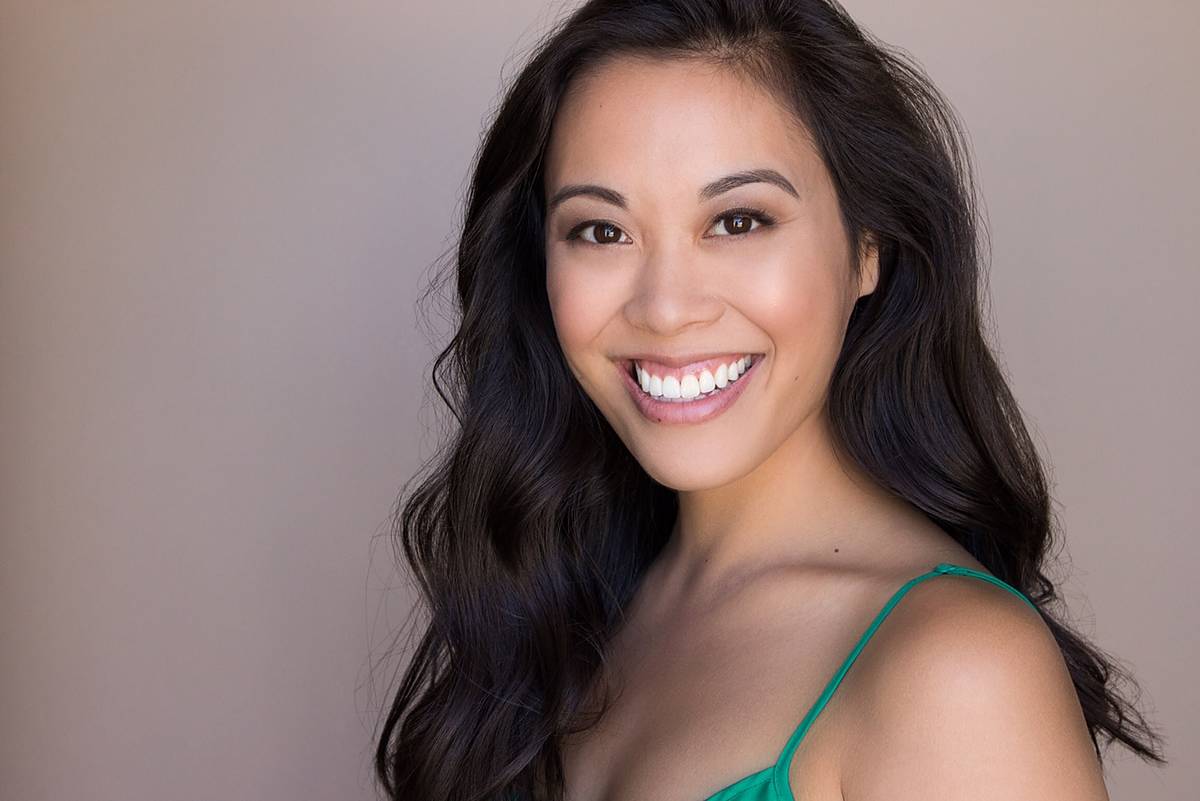 The Asian American Arts Alliance (A4) invites you to participate in our March Town Hall: Performing Arts x Advocacy.

The performing arts sector has been hit hard due to the pandemic. With its reliance on the magic of live in-person performances, collaborations, stage set-ups, and rehearsals, about 45% * of performing artists have been shut out of work with many more losing the resources required to create new work. Performing artists must reimagine new avenues of producing and performing traditional in-person productions.

We invite dancers, musicians, theater artists, producers, stage designers, and more to join us in hearing from our featured presenters who are leading the way in grassroots advocacy on behalf of performing artists. And, pitch projects, find new opportunities, and/or learn from each other during this extraordinary time.

We’ll spotlight your pitches during the Town Hall rapid-fire line-up of 60-second pitches. Each pitch is 60 seconds long, though we are happy to make accommodations as needed!

You don’t need to pitch to attend—RSVP to enjoy the presentations, idea exchange, and the virtual company of fellow artists and organizers!

This event is FREE and open to the public. RSVP is required to pitch and/or attend. We’ll send the Zoom meeting link to all registered attendees.

XIMENA GARNICA
Ximena Garnica is a Colombian-born immigrant artist based in Brooklyn, working in the visual and performing arts fields as a multidisciplinary artist, choreographer, director, curator, and teacher. With her partner, Japanese artist Shige Moriya, Ximena is the co-founder and co-artistic director of the arts organization LEIMAY and the multidisciplinary performance group the LEIMAY Ensemble. The word LEIMAY is a Japanese term symbolizing the moment of change as in the moment between darkness and the light of dawn, or the transition from one era to the other. She has been nominated for the USA Artists Fellowship and the Herb Alpert Award, and she was recently a Distinguished Visiting Professor at the University of California Riverside. Ximena is the Co Founder of the Cultural Solidarity Fund. She is a member of the leadership committee of the New York City Loft Tenants, and served for two years on the Junior Board of Dance/NYC. Her works have been presented at leading arts venues such as BAM, HERE, The Brooklyn Museum, Japan Society, The Czech Center New York, The New Museum, The Watermill Center, The Asian Museum of San Francisco, Carnegie Mellon University; and in large and small public spaces such as Times Square, NYRP Community Gardens, and NYC streets, among many other spaces in the US and abroad in Japan, Spain, France, the Netherlands, Mexico, and Colombia. Garnica and Moriya’s practice is rooted in what they called “the entanglement”, their values are centered on practicing harmony in the circulations of powers and through the act of creation they are constantly rediscovering their standing point. Through their projects and works, they offer the spectator multiple entry points to engage with questions of being, interdependence, and coexistence.

BROOKE ISHIBASHI
A fourth-generation Japanese American, Brooke Ishibashi hails from a showbiz family. As a professional actor/singer, she originated/developed the role of “Neary” in Cambodian Rock Band and is passionate about exploring anti-racism, social justice, and trans-generational trauma. Brooke has clowned with Taylor Mac at The Public, been plucked by DJ Nash and Pam Fryman to star in an NBC comedy, crashed American Idol as sketch character “AKIKO!” and performed at La Jolla Playhouse, Oregon Shakespeare Festival, Geffen Playhouse, Joe’s Pub & many more. Brooke is a core member of Fair Wage Onstage and National Councilor for Actors’ Equity Association. Brooke has a Black Belt in Tae Kwon Do.