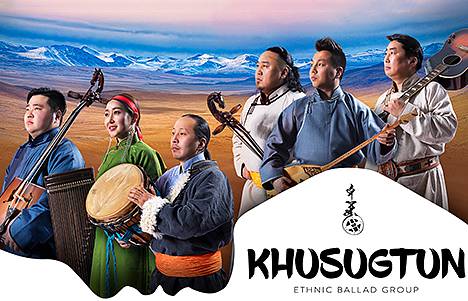 Khusugtun is an internationally recognized band that performs traditional music from Mongolia. They are especially renowned for their a capella arrangements using “khöömei” or “throat-singing,” which is an UNESCO Intangible Cultural Heritage of Humanity from Mongolia.

Khusugtun formed in 2008 when its members were working together at the National Song and Dance Ensemble. Over the past eight years, the six musicians have produced numerous works that feature elements of Western classical music and musical instruments and techniques that form part of Mongolia’s intangible cultural heritage, including the horsehead fiddle, zither, flute, lute, open-ended flute, various jaw harps, and throat-singing.

Fair or Festival
06/28/20
The 18th Annual DRUMS ALONG THE HUDSON®: A Native American and Multicultural Celebration