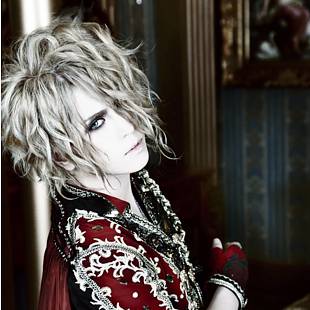 Kamijo at the Knitting Factory

Kamijo will be performing at the Knitting Factory

Kamijo is a Japanese singer-songwriter, musician, and music producer. He is best known as lead singer of the visual kei bands Lareine and Versailles. He has also been the head of two independent record labels; the first being Applause Records (formed in 2000), and currently Sherow Artist Society since 2006. His music covers many genres, Lareine having mainly a pop rock style, and Versailles a clear symphonic metal and power metalsound. He has an extensive discography with the bands Lareine, New Sodmy and Versailles, consisting of 15 albums, and a large amount of EPs and singles. In 2013, Kamijo began a solo career for the first time, with his debut single “Louis ~Enketsu no La Vie en Rose~. In January 2013, Kamijo announced he would start a solo career, with his first release being the single "Louis ~Enketsu no La Vie en Rose~” on August 28. While all the other members of Versailles later formed the band Jupiter with a new singer, and released their first album the same day as Kamijo’s single. The music video for Kamijo’s single features Malice Mizer and Moi dix Mois leader Mana. Kamijo also sang backup on the 2013 debut album Heartstrings by Aisenshi, the new band of Eizo Sakamoto (Anthem) and She-Ja (Volcano). In 2015 celebrating Kamijo’s 20th Anniversary in the music industry he embarked on a world tour covering North and South America, Europe and Japan with over 28 successful shows.