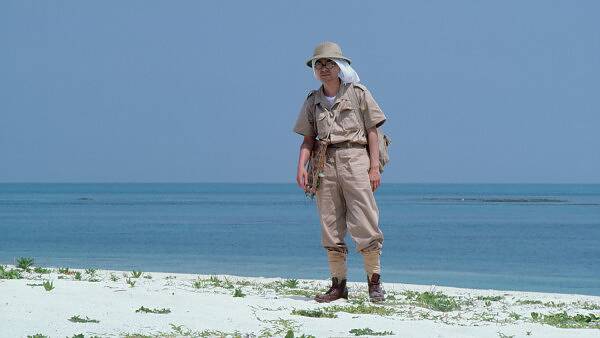 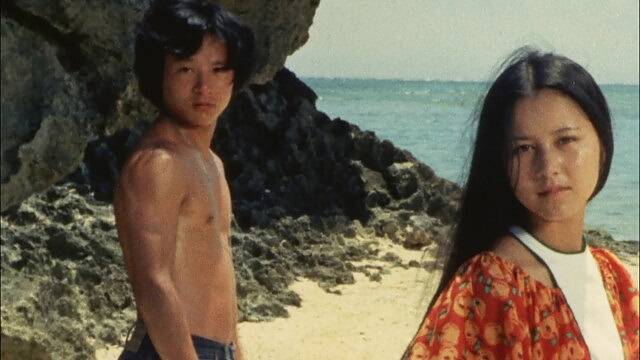 Marking 50 years since Okinawa’s reversion from American sovereignty back to Japan, Visions of Okinawa documents the dynamic historical, political and cultural spaces of Okinawa around this pivotal point in history through in-person screenings and streamed films exploring the legacies of the Occupation, WWII and imperialism. Primarily focusing on films made around the time of or dealing with the 1972 reversion, Visions of Okinawa addresses issues of identity, race and borders by presenting diverse and complicated reflections on the prefecture from mainland filmmakers, native Okinawans and documentarians.

All in-person screenings will take place in Japan Society’s auditorium, located at 333 E. 47th Street in New York, NY. Please note: Visitor safety is our top priority. All attendees will be required to show proof of vaccination and wear a proper mask at all times while inside our building. Please be sure to review the Japan Society safety and health policies here.

Friday, May 13 at 7 pm
Paradise View
1985. 117 min. Directed by Go Takamine.
N.A. Premiere of New 2021 Edit. Okinawan director Go Takamine’s pioneering debut takes place shortly before the reversion, tacitly addressing the islands’ history of occupation through the story of a wedding between a local girl and a Japanese teacher.
Screening followed by reception.
DRAMA

Saturday, May 14 at 4:30 pm
Level Five
1996. 106 min. Directed by Chris Marker.
A lo-fi PC game becomes the impetus for a mnemonic exploration of the past when a computer programmer is tasked with recreating the Battle of Okinawa.
DOCUMENTARY

Archival 35mm Presentation. Teenage Sunaoko travels to Okinawa in the hope of visiting her stepbrother, setting the stage for Oshima’s disruptive politics to reveal the entanglements and contradictions of the island’s history with Japan.
DRAMA

Friday, May 20 at 7 pm
Terror of Yakuza
1976. 96 min. Directed by Sadao Nakajima.
A ripped-from-the-headlines Toei production, shot and filmed in Okinawa, Terror of Yakuza took inspiration from the then ongoing yakuza conflicts in Okinawa and was banned from screening in the prefecture.
ACTION, DRAMA

Saturday, May 21 at 7 pm
Untamagiru
1989. 120 min. Directed by Go Takamine.
Imported 35mm Print! Go Takamine’s celebrated adaptation of the famous Uchinaa Shibai play follows Okinawan folk hero Untamagiru as he seeks to create an independent Okinawa on the eve of the reversion.
DRAMA

Films listed below stream online May 14-June 3 at film.japansociety.org.

New 2021 Edit. Okinawan director Go Takamine’s pioneering debut takes place shortly before the reversion, tacitly addressing the islands聰� history of occupation through the story of a wedding between a local girl and a Japanese teacher.
DRAMA

Motoshinkakarannu
1971. 87 min. Directed by the NDU.
Shot over a period of 15 months from April 1969 to July 1970, Motoshinkakarannu captures a tumultuous time in Okinawa’s occupation, offering an unflinching snapshot of Okinawan society that captures the daily lives of sex workers, yakuza, tourists and G.I.s in Koza City.
DOCUMENTARY

Asia is One
1973. 96 min. Directed by the NDU.
Tracing the lives of former Okinawan coal miners, Asia is One confronts the legacy of imperialism alongside the concept of border and identity on the vast stretches of Okinawan islands that lead down to Taiwan.
DOCUMENTARY