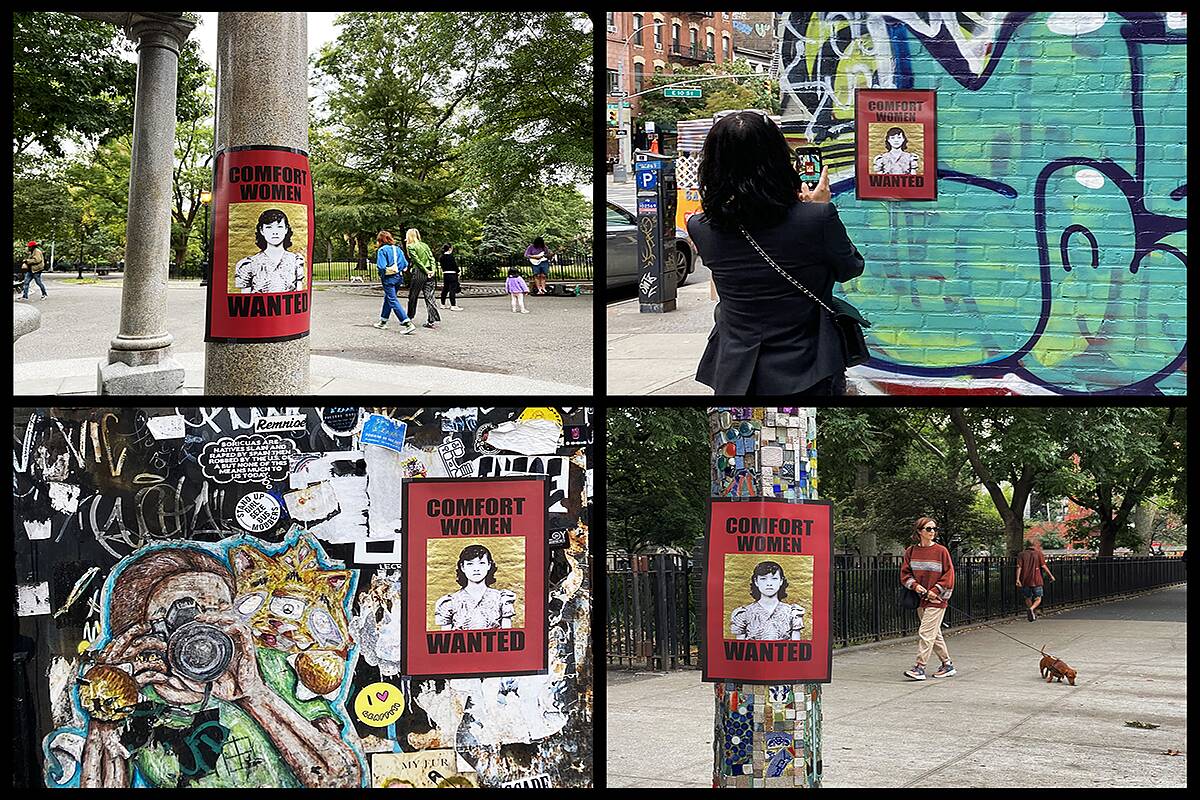 COMFORT WOMEN WANTED brings to light the memory of 200,000 young women, known as “comfort women,” who were systematically exploited as sex slaves in Asia during WWII, and increases awareness of sexual violence against women during wartime.

The local street style posters of COMFORT WOMEN WANTED will be put up as public art in the East Village, around Tompkins Square Park with its long history of social justice and community activism.

In the center of the posters is a portrait of Mei Chen, a Taiwanese woman survivor, taken by a soldier during her enslavement. She is surrounded by gold leaf, suggesting the halo of a saint from Renaissance painting, which honors the survivors’ courage to speak out for justice. The systematic coercing of women to serve the Imperial Japanese Army was organized on an industrial scale not seen before in modern history. The title is a reference to the actual text of advertisements which appeared in newspapers during the war. When advertising failed, young women, both Asian and European in Asia, were kidnapped or deceived and forced into sexual slavery. Most were teenagers, some as young as 12 years old, and were raped by as many as 50 soldiers a day at military rape camps, known as “comfort stations.” By some estimates only 30% survived the ordeal.

COMFORT WOMEN WANTED attempts to bring to light this history of organized violence against women, and to create a constructive dialogue for the future by acknowledging their place in history.