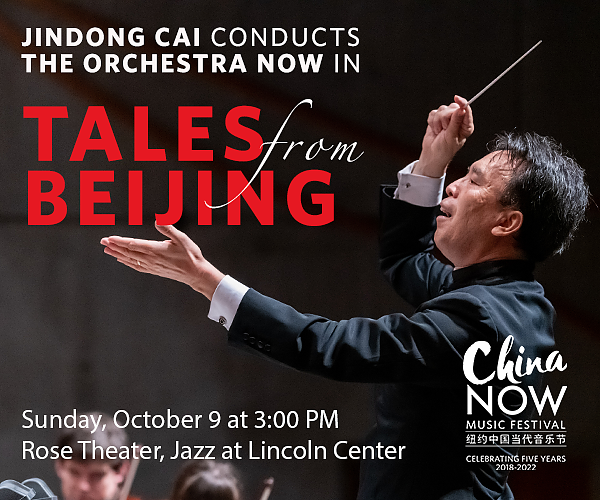 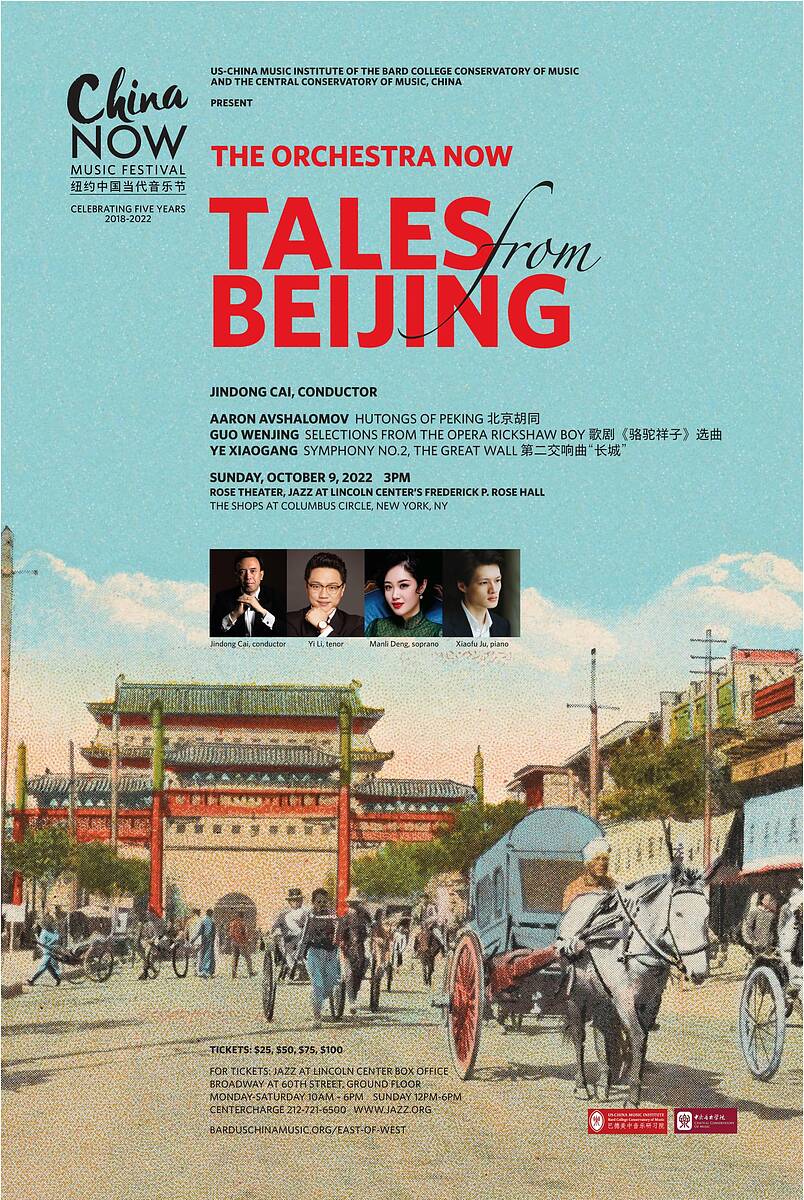 Sunday, October 9, 2022
3PM
“Tales from Beijing” will be performed on October 9 at the Rose Theater, Jazz at Lincoln Center. The concert will open with Hutongs of Peking by Aaron Avshalomov, a Russian-born Jewish-American composer who lived in China for 30 years beginning in 1918, and became a leading figure in pioneering modern Chinese music. Written in 1931 and premiered in 1933, Hutongs of Peking is a symphonic poem of old Beijing that lovingly depicts the sounds of Beijing’s ancient alleyways—morning temple bells, the calls of street vendors, the lyrical strains of Peking Opera, the mournful cacophony of funeral drums—before finally transporting us back to the tranquility of the ancient city. This will be followed by four selections from the opera Rickshaw Boy, specifically chosen and adapted by the composer Guo Wenjing for this concert performance to showcase the grand symphonic, dramatic and lyrical nature of the opera and the tragic romance of the rickshaw puller Xiangzi, sung by Yi Li, and Huniu, sung by Manli Deng. In the concert’s second half, we will hear composer Ye Xiaogang’s Symphony No. 2, The Great Wall. This large-scale work for piano, voice, Chinese instruments, and symphony orchestra is inspired by the idea of the Great Wall as a magnificent physical and spiritual symbol of the Chinese nation. The symphony is divided into nine movements, drawing on folk music of the many ethnic groups who live along the Great Wall from the foothills of Beijing to the Western region of China. The symphony is intended to create a deep and broad soundscape that spans time and space and will feature a young pianist from Juilliard, Xiaofu Ju, with renowned New York–based soloists on erhu,pipa, dizi and morin khuur (horse-head fiddle).