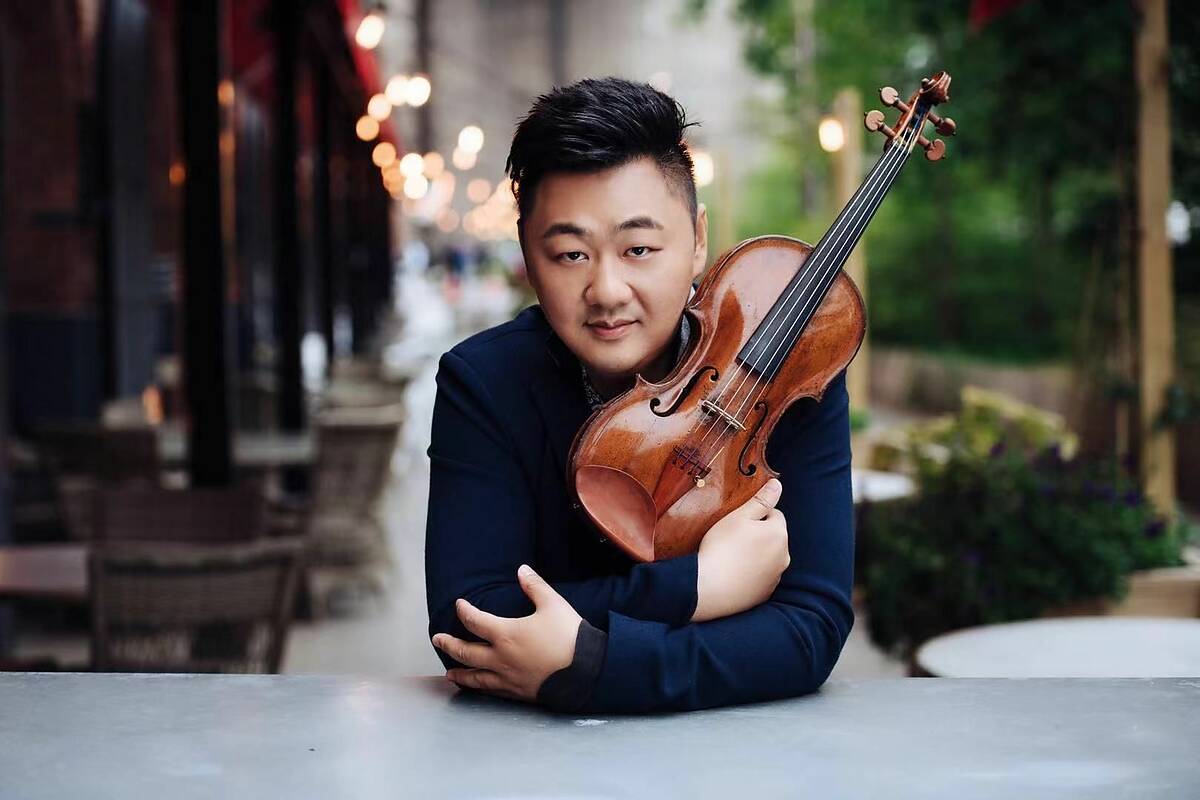 China Arts and Entertainment Group Ltd. (CAEG) proudly returns to New York with Image China - A November of Music: two concerts celebrating traditional and modern Chinese classical music, the first with the New York City Ballet Orchestra and featured guest soloists and the second with artists from the Chamber Music Society of Lincoln Center. East/West: A Symphonic Celebration will be presented on Saturday, November 13, 2021 at 7:30pm and China Inspirations will take place on Sunday, November 28, 2021 at 5pm at Lincoln Center. For more information, visit anovemberofmusic.com.

East/West: A Symphonic Celebration
East/West, a concert at the David H. Koch Theater, features Conductor Jindong Cai and the New York City Ballet Orchestra, together with standout bass William Guanbo Su, violin Shenghua Hu, erhu (a traditional Chinese two-stringed bowed instrument) Jiebing Chen, soprano Esther Maureen Kelly and coloratura soprano Holly Flack. The concert will start with two musical pieces from Image China productions, Dragon Boat Racingand The Red Dress which are two of the outstanding dance dramas performed at the David H. Koch Theater in the past decade. The main repertoire includes two concertos and three songs with lyrics derived from well-recognized Chinese poets in the Tang and Song Dynasties. Butterfly Lovers violin concerto is considered as the most performed and recorded Chinese orchestral work in the last sixty years, while Great Wall Capriccio Erhu Concerto was regarded as the first ever erhu concerto in the 1980’s. The three songs are Eastward the River Rushes, Night by the Maple Bridge, and Singing of Goose and Song of Snow. In addition, the concert will present Appalachian Spring Suite by Aaron Copland, bringing a sense of spring to the audience. The ending piece From Jasmine to Turandot is a new yet familiar work which combines the famous folksong Jasmine Flower from China Jiangsu province and Giacomo Puccini’s work “Nessundorma” from the opera Turandot, linking East and West. East/West, a concert with a beautiful symbiotic collaboration from two sides of the world, will leave you breathless and transport you to an otherworldly time and place.

China Inspirations
Join artists from the Chamber Music Society of Lincoln Center for China Inspirations at Alice Tully Hall, an evening of discovery and joy featuring the voices of Chinese music today through the intimate yet grand art form of chamber music. From several composers, established to emerging, audiences will hear the broadest range of music evoking everything from the expansive sounds of nature to the inward, touching musical utterances that explore memory and nostalgia. The program features two composers, Zhou Long and Chen Yi, who were recipients of the distinguished CMS Stoeger Prize for composition, the former having written Tales from the Nine Bells which will be a homecoming performance seven years after the premiere of this CMS co-commission. Also featured on the program are titans of the Chinese repertoire – Ye Xiaogang and Tan Dun – both of whom celebrate their heritage and their past with their art. Bun-Ching Lam’s work showcases how she meticulously develops basic musical materials into intricate, elegant works of beauty. Additionally, CMS artists will perform a recent work by the emerging star Dai Wei, who beautifully and sensitively depicts serene devotion despite all odds. Artists will include Wu Man, pipa; Gilles Vonsattel, piano; Stella Chen and Kristin Lee, violin; Paul Neubauer, viola; Sihao He, cello; Tara Helen O'Connor, flute; David Shifrin, clarinet.

As China’s only central state-owned cultural enterprise that has performance and exhibition business worldwide, CAEG has developed a nationwide market network of international performing arts, art exhibitions, and culture & tourism and theater operation, and set up branches in major cities in China and some European and American countries. It initially established an integrative operating system under the guidance of “Starting from China and going global” and is expanding its presence at home and abroad. CAEG was elected one of the Top 30 China Cultural Enterprises for eight consecutive years since 2009.