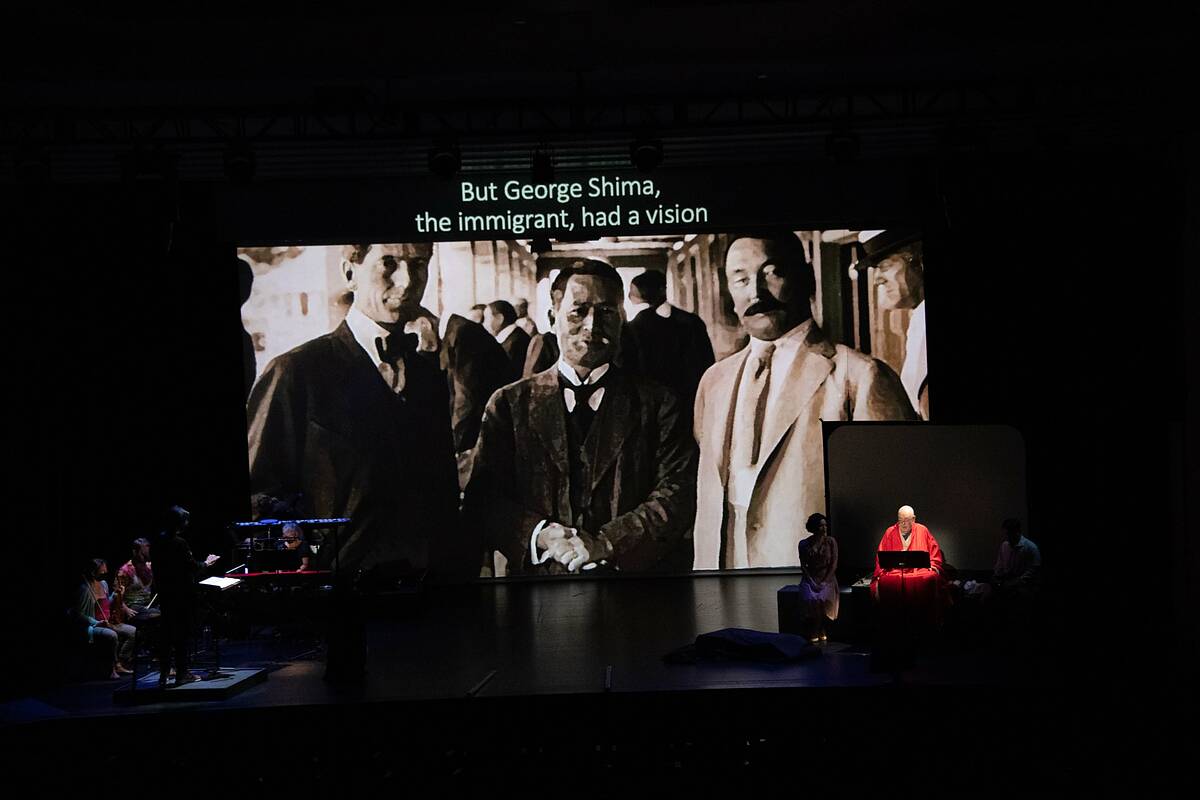 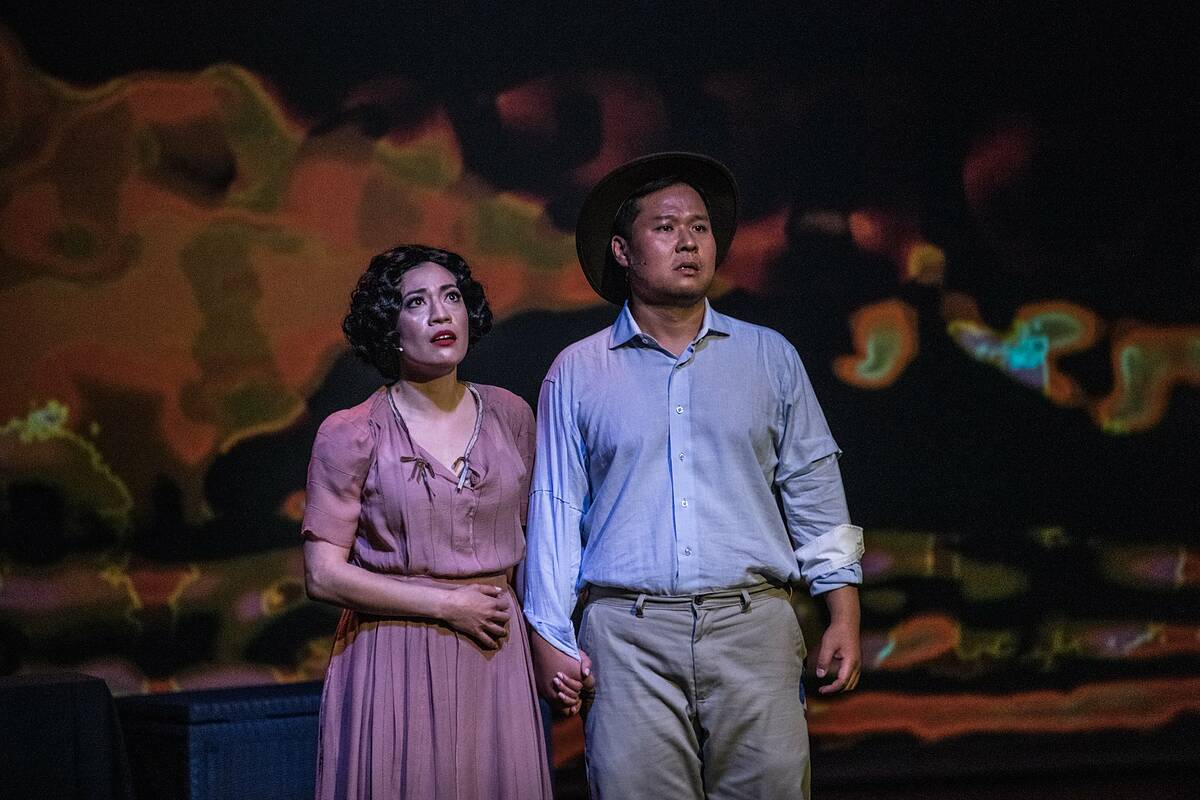 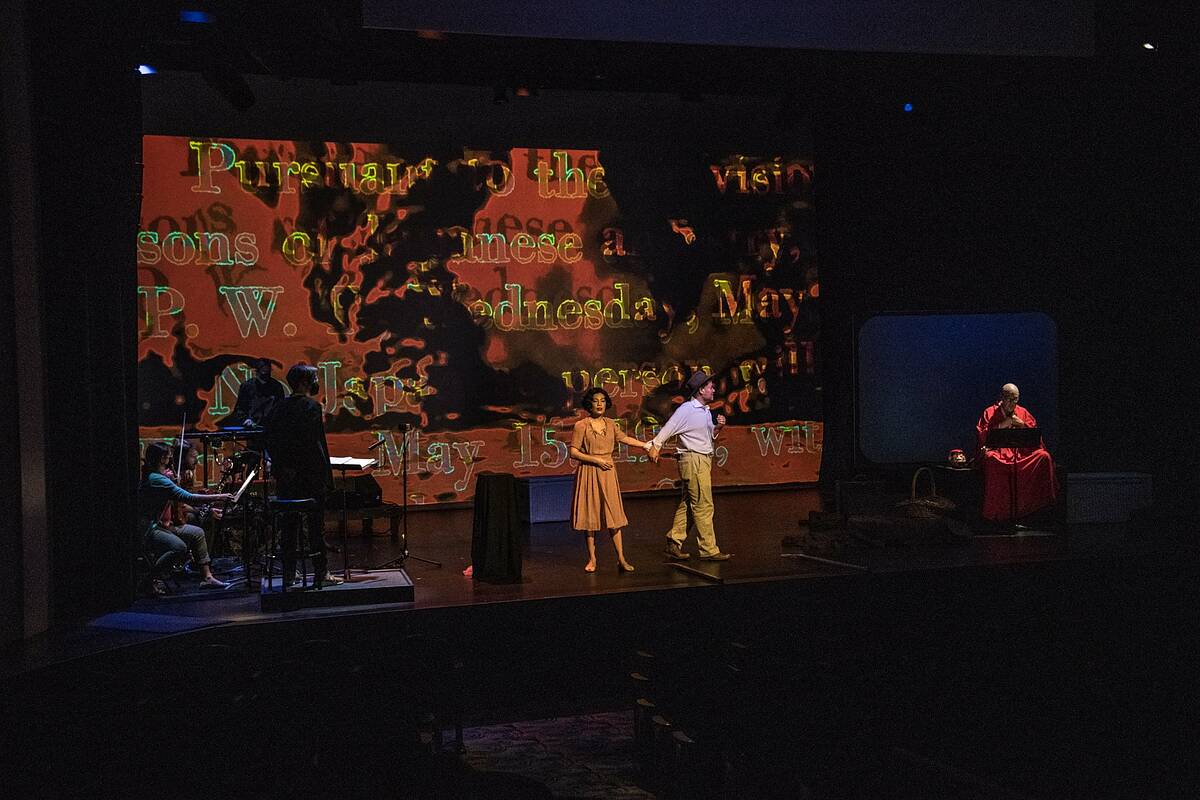 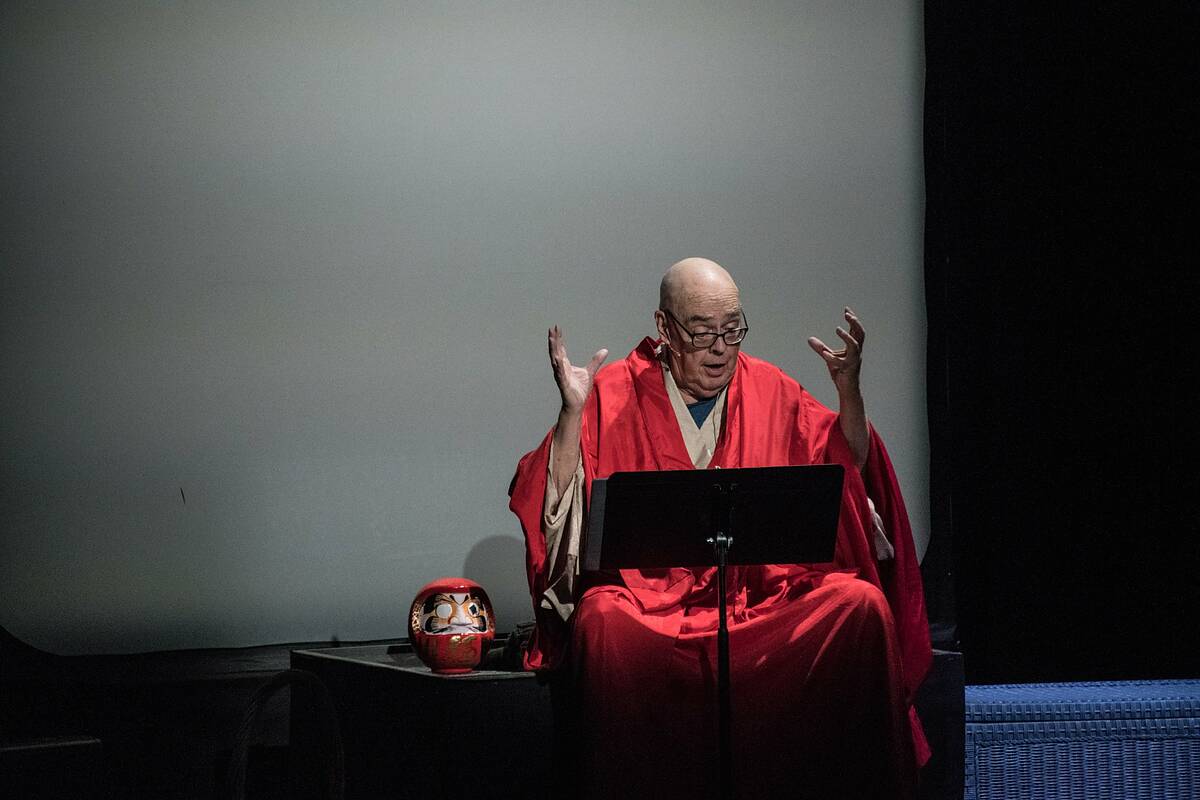 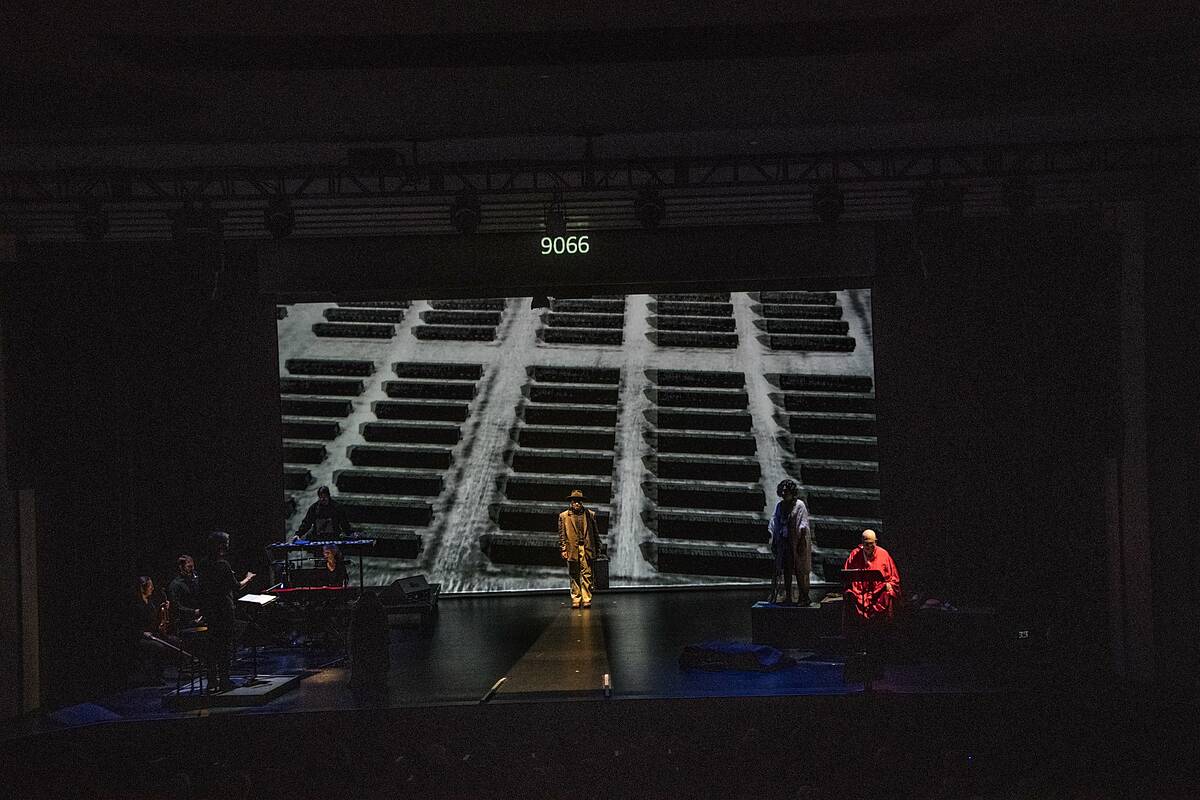 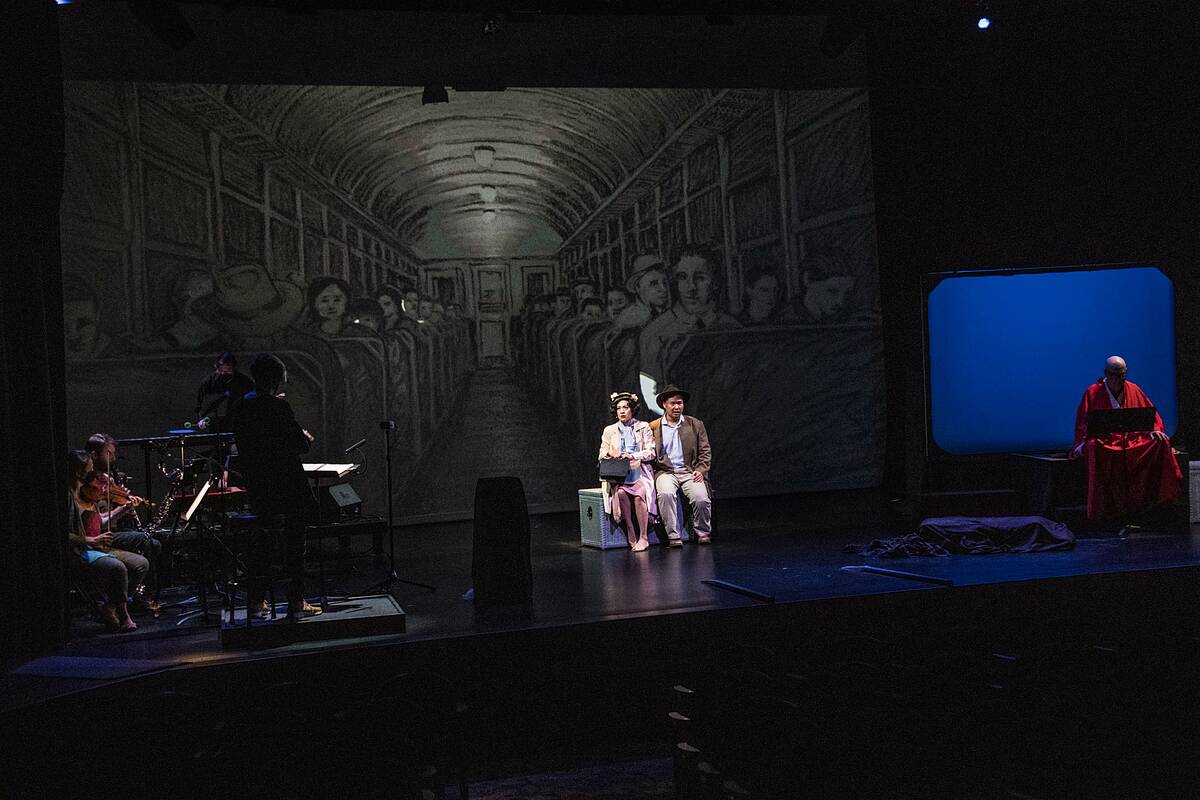 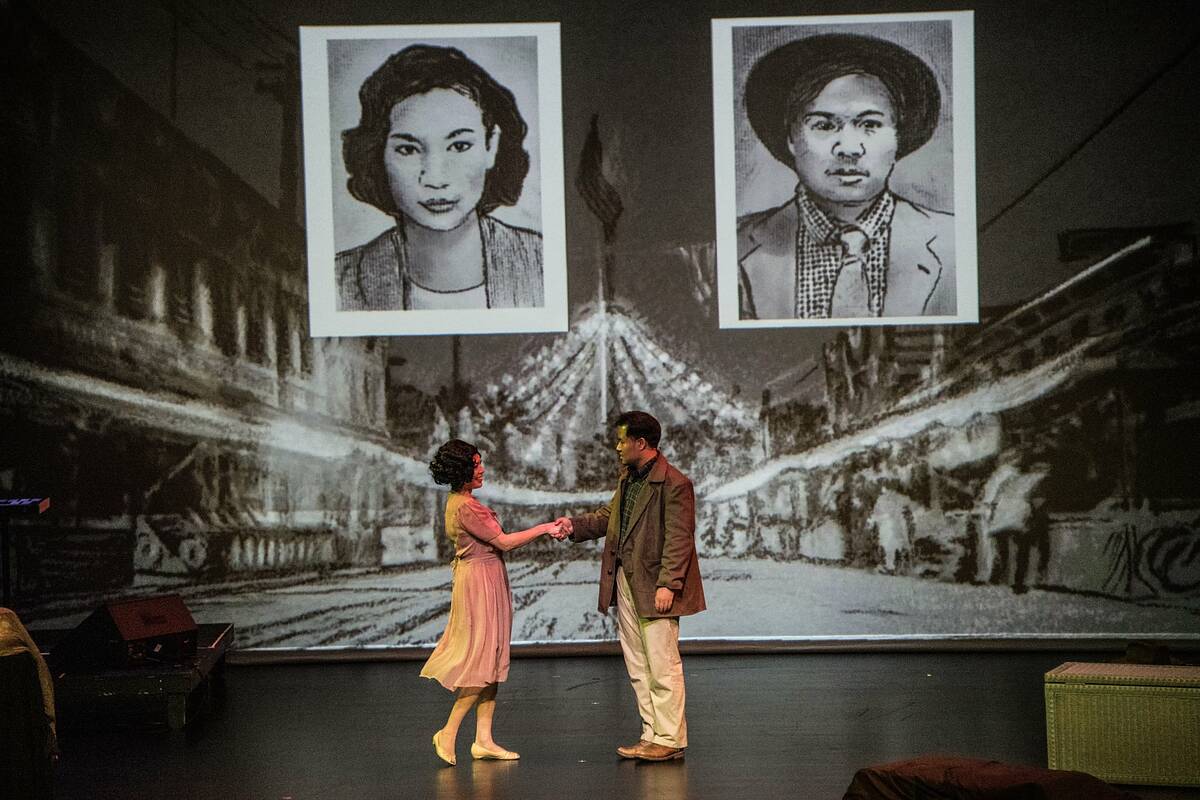 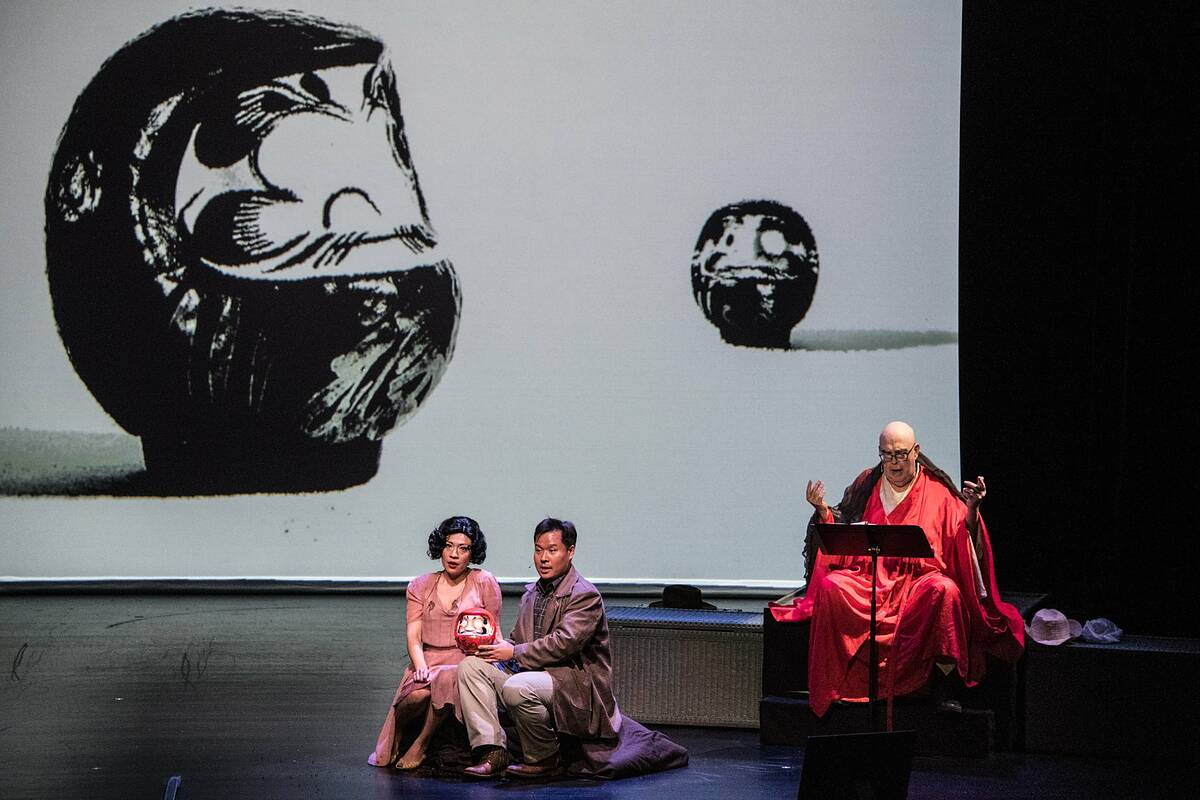 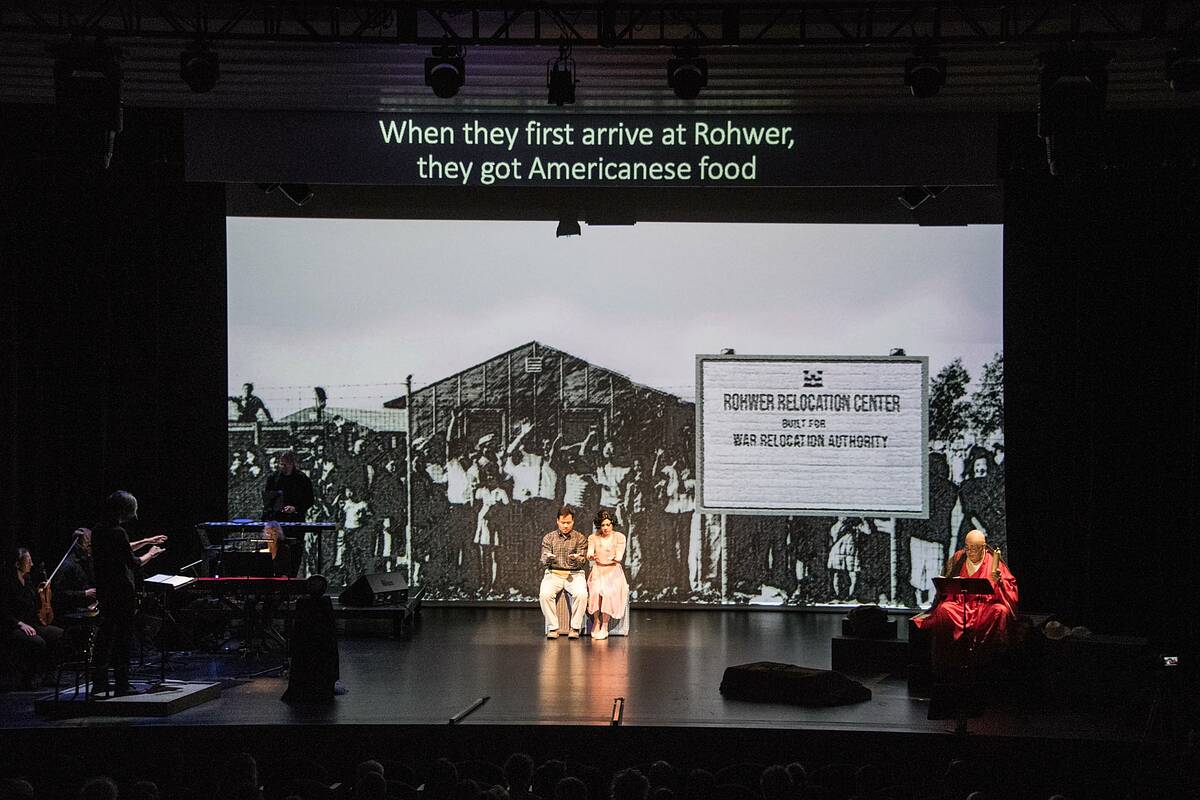 Both Eyes Open tells a haunting love story and tale of perseverance about a Japanese American farmer, Jinzo Matsumoto, and his wife, Catherine, who are incarcerated in an American concentration camp during World War II. Before leaving their farm, they bury a Daruma Doll on their land. According to tradition, these papier-mâché idols are given when embarking on a challenging endeavor or making of a promise. One eye is painted on the doll to symbolize the commitment, and if success comes, the doll receives its second eye and is burned ceremonially to release its spirit.

The story’s characters endure and reclaim a vibrant humanity in the face of betrayal and sacrifice. This opera-theater hybrid features the latest stagecraft side-by-side with elements of ancient traditions, in a poetic melding of historical atrocity and the whimsical lore of the Daruma Doll. The music ranges from soaring lyricism to taiko drumming, big band, and undulating electronic samples. Vivid scenic projections enhance this surreal, psychological journey of awakening.