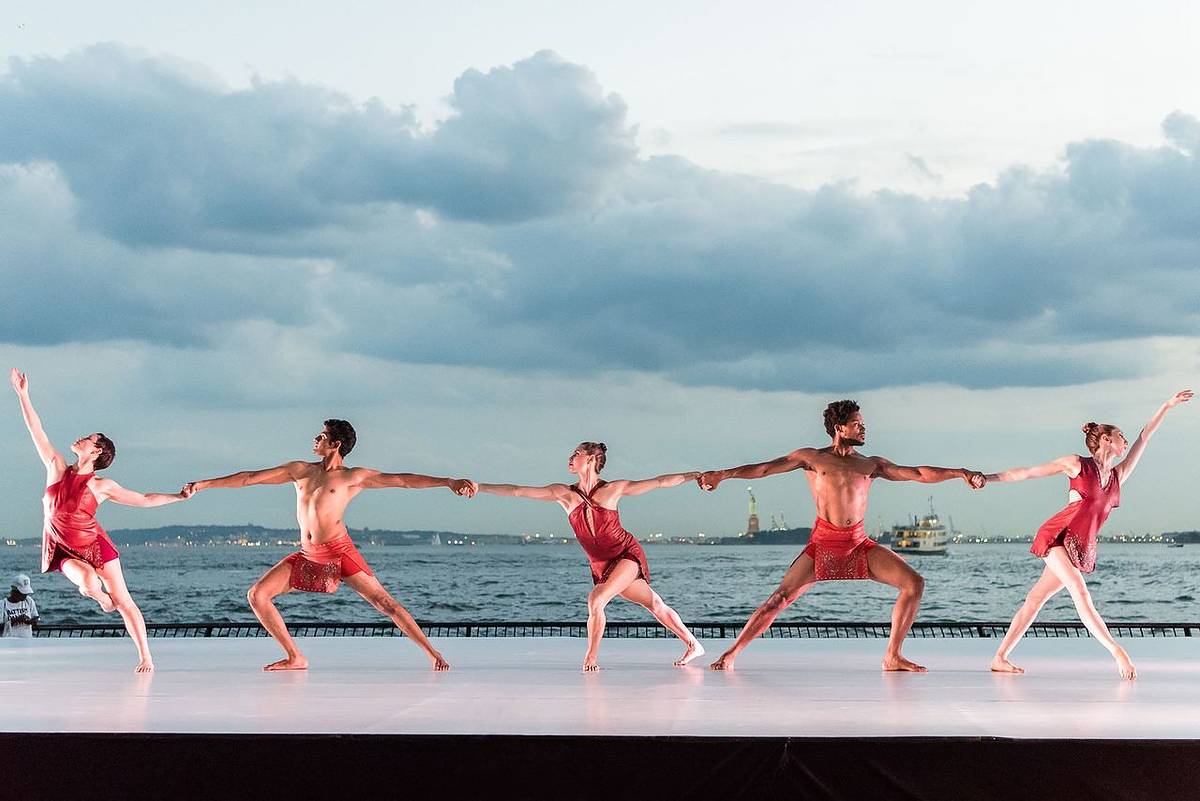 Themed evenings will include World and U.S. Premieres on film, with works from the Middle East, Africa, Europe and the Americas, and pieces that celebrate the resiliency of New York City and the Festival itself. A special India program will be presented on August 15th, India’s Independence Day.

Established in 1982, the Battery Dance Festival (BDF) has been celebrated as New York City’s longest-running free public dance festival as well as one of its most wide-ranging. Audiences are traditionally drawn to Robert F. Wagner, Jr. Park in Battery Park City from the large downtown working population, residents, families, tourists, senior citizens and dance fans from the greater NYC metropolitan area. Each year, the Festival attracts a combined audience of over 12,000 people in person.  The audience will be multiplied many times over with the ability to attract viewers from the entire world this year.

“Constricted by the pandemic and uncertainties over how to safeguard both performers and audience members, we’ve decided to go virtual in our 39th year. In doing so, our curators have discovered a wealth of beautiful material on film, most of which has never been seen before by our audience. So let’s celebrate silver linings and look forward to nine nights of rare and inspiring dance across many genres,” said Battery Dance founder and Artistic Director Jonathan Hollander. “We would like to extend a special thank you to Battery Park City Authority, The Fund for the City of New York, Goldman Sachs and others who are standing beside us in this virtual iteration.”

Annually, the Battery Dance Festival provides a unique opportunity for dance companies to present original works of high artistic merit in a free public forum. BDF revels in the panoply of dance that New York City offers, with strong emphasis on the inclusion of diverse dance styles and an international roster of performers. American choreographers such as Robert Battle, Michelle Dorrance and Jacqulyn Buglisi have all presented their works alongside pre-eminent companies from Asia, Europe, South America, Africa and the Caribbean.

ABOUT BATTERY DANCE
Battery Dance created its outdoor festival in 1982 in lower Manhattan, the community where it was founded in 1976. As one of America’s leading cultural ambassadors, Battery Dance connects the world through dance. The Company pursues artistic excellence and social relevance by creating vibrant new works, performing on the world’s stages, presenting dance in public spaces, serving the field of dance and teaching people of all ages with special attention to the disadvantaged and areas of conflict. Battery Dance is committed to enhancing the cultural vibrancy of its home community in New York City, extending programming throughout the U.S., and building bridges worldwide through international cultural exchange with programs in 70 countries to date.  Faced with the curtailment of all of its live programs in March, the Company went online and invented Battery Dance TV with hundreds of classes, performances and interviews broadcast across 135 countries, achieving 260,000 views within the first three months. www.batterydance.org