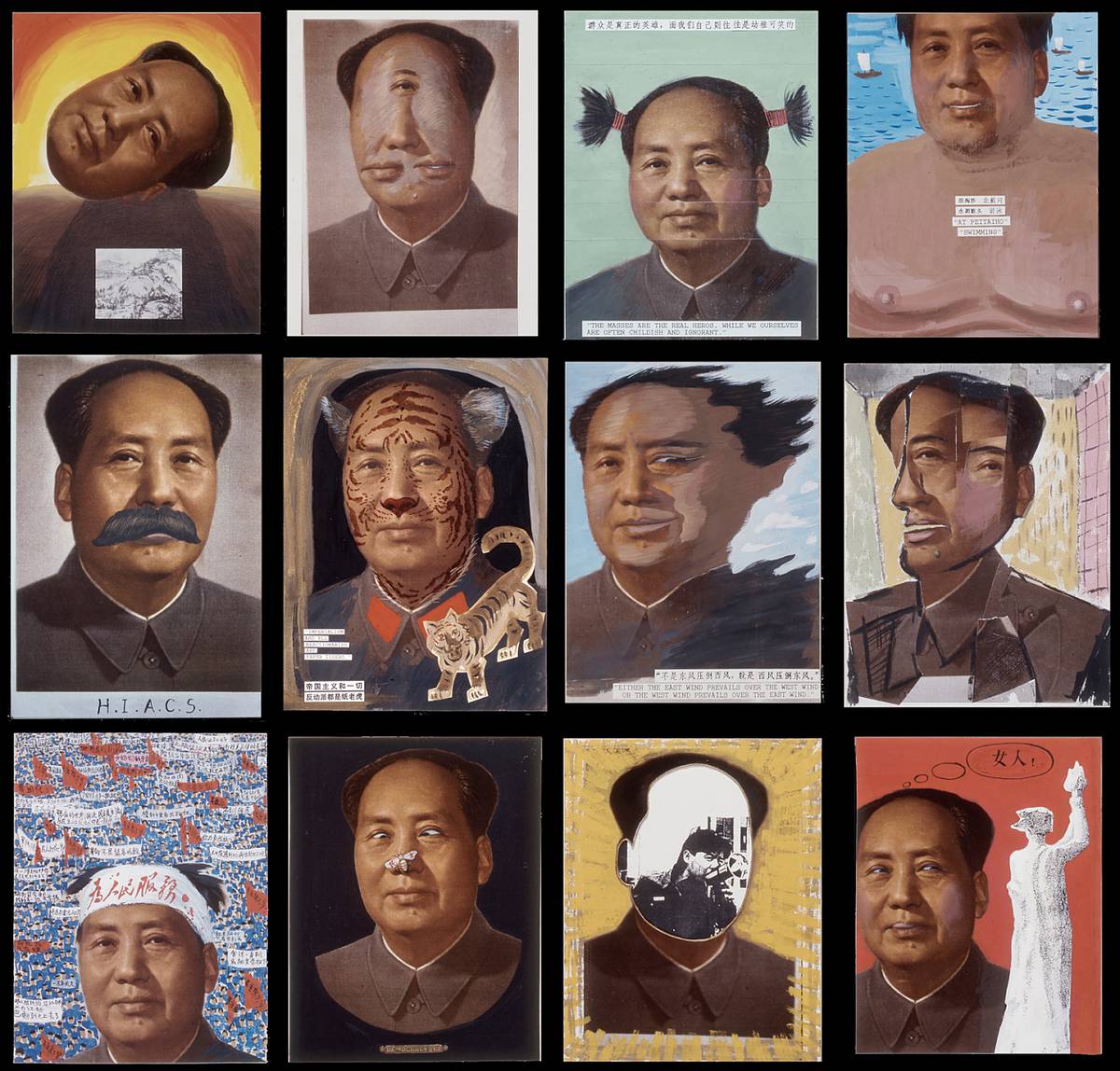 The exhibition will be the first US survey of the art of China-born, Queens-based artist Zhang Hongtu. Zhang Hongtu left China in 1982 to find greater artistic freedom and is perhaps best known for his “Mao” series, a group of works responding to the ubiquitous images of Mao Ze Dong. Zhang studied traditional Chinese painting both in Beijing and in New York, as well as Western Art history and Popular Art after arriving in New York, and skillfully adapted and transformed them to fit the ideas he was expressing in his work. These multi-cultural influences combined to yield the wide-ranging output of this unique artist. Spanning the late 1950s to the present, the exhibition will unite more than fifty pieces, including pieces from the following major series and periods:

Zhang’s mainland China sketches,small portraits and landscape paintings The early New York series, such as Soy Sauce Calligraphy and Self Portrait reliefs The Mao series Remade Landscapes, based upon a synthesis of ancient Chinese works of art and famed masterpieces in the Western painting tradition Brush ink portrayals of Zen Masters in the style of Van Gogh self-portraits The ongoing Shan Shui Today series, concerned with the urban environment

Also displayed will be never-before-seen drawings, and pieces such as Studs 9×9 x2, The Big Red Door, and Big Cube. The accompanying publication, co-edited by Dr. Jerome Silbergeld and Luchia Meihua Lee will include contributions from 12 experts in Asian art who will put Zhang’s work into the context of his family background, the culture and society in which he grew up, and his pursuit of freedom and a new life in New York. They will also examine the impact of Western art and the psychological effect of Mao’s phantom on Zhang. We encourage readers to consider these hybrid art worlds as places for cultural, psychological, and socio-political exploration and transformation.‎

The exhibition is guest curated by Luchia Meihua Lee.