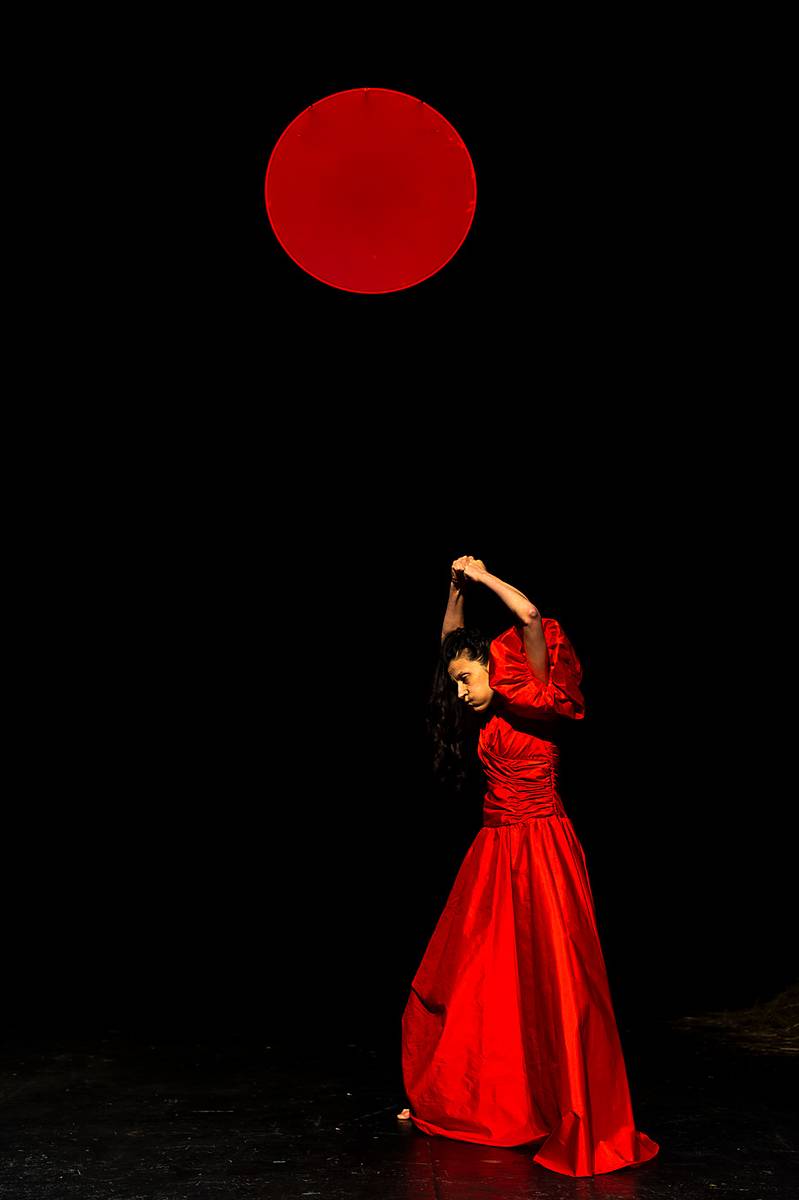 Due to the COVID 19 crisis, Vangeline Theater/ New York Butoh Institute launches Vangeline Theater on Demand. Over the next few months, we keep butoh front and center in New York by sharing rare archival butoh performances with our community. Our first release, now online, is the archival footage of Erasure, featuring Vangeline and filmed on May 19, 2019 at Theater for the New City, NY. Rentals are $5.99, and can be purchased online at vimeo.com/ondemand/erasurewithvangeline.

Erasure is the second installment of a performance triptych by Butoh artist Vangeline. The 60-minute solo is a contemporary take on fairy tales Sleeping Beauty and Rumpelstiltskin and explores the phenomenon of female erasure taking place in our society.

Vangeline is a teacher, dancer, and choreographer specializing in the Japanese postwar avant-garde movement form Butoh. She is the artistic director of the Vangeline Theater (New York), a dance company firmly rooted in the tradition of Japanese Butoh while carrying it into the 21st century, and the founder of the New York Butoh Institute. Vangeline is a 2018 NYFA/ NYSCA Artist Fellow in Choreography. She is also the winner of the 2015 Gibney Dance’s Beth Silverman-Yam Social Action Award and is the author of a forthcoming book about Butoh. www.vangeline.com

VANGELINE THEATER / NEW YORK BUTOH INSTITUTE aims to preserve the legacy and integrity of Japanese Butoh while carrying the art form well into the future. The unique art of Butoh originated in post-World War II Japan as a reaction to the loss of identity caused by the westernization of Japanese culture, as well as a realization that ancient Japanese performing traditions no longer spoke to a contemporary audience. The Vangeline Theater is home to the New York Butoh Institute,dedicated to the advancement of Butoh in the 21st century. This program was supported, in part, by public funds from the New York City Department of Cultural Affairs in partnership with the City Council.