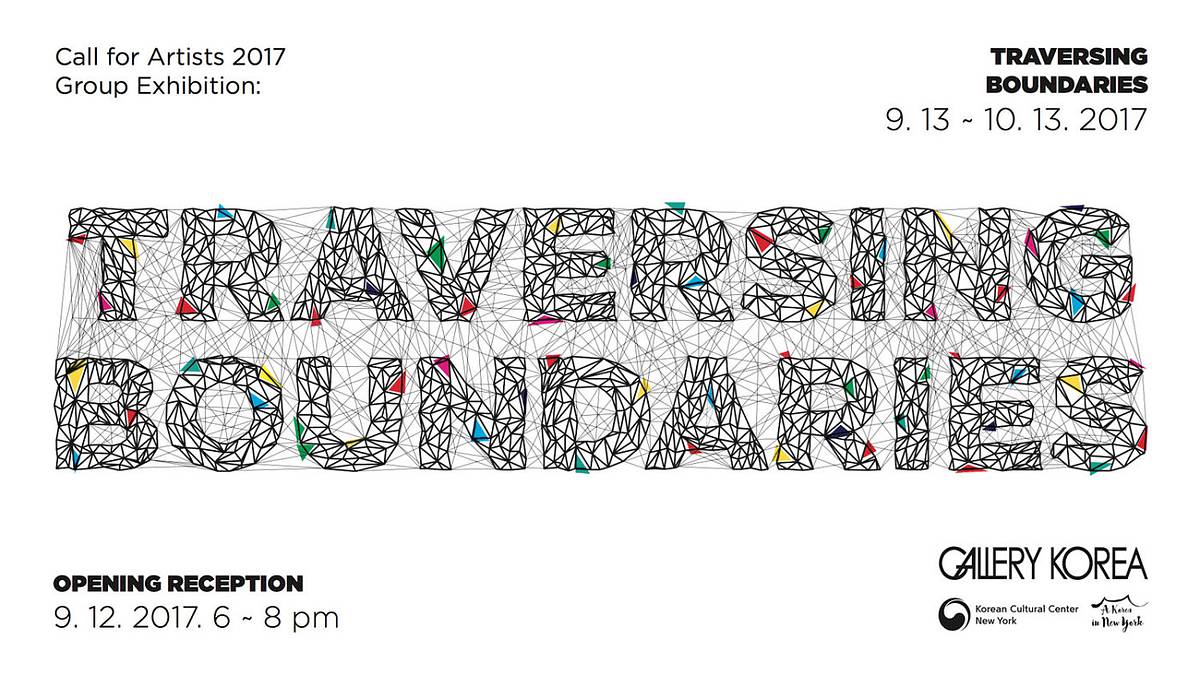 Gallery Korea of the Korean Cultural Center New York is pleased to present Traversing Boundaries, the third “Call for Artists” exhibition of this year.

Selected by a jury that consists of professionals who are active in the New York art scene, the exhibition features artworks of eight creative contemporary artists Doohyun Yoon, Kyungjin Kim, Hyun Ji Rie, Jeong Soo Lim, June JuHyun Kang, Seungjo Jeong, Wojciech Gilewicz and Ye-seul Choi who pass through, and play with, the boundaries of space, materials, and ideas across a variety of mediums, including painting, illustration, video, and installations. The exhibition will be on view through October 13th, 2016 and an opening reception will be held on Tuesday, September 12th from 6 PM to 8 PM.

In Traversing Boundaries, over 15 artworks will be on display to show how artists alter, convert and reinterpret the idea of borderlines within their works. Rather than merely pointing out the gulf between different subjects, the artworks play with the notion of distinctions and boundaries by interjection, amalgamation, and dissolution of different concepts. The result is a diverse experience for the audience that provides a variety of perspectives to highlight the many complex and idiosyncratic approaches to the concept of “boundary.”

The works of Doohyun Yoon explore the gap between utopia and reality by using ordinary everyday objects; Kyung-jin Kim‘s installation works visualize the unperceived experiences caused by changing circumstances; Hyun Ji Rie’s installation invites audience to play with the notion of ‘home’ as she challenges the often warm and cozy impression that it holds; In the works of Jeong Soo Lim, the relationship between sculpture, space, and body are considered through installation pieces; June JuHyun Kang is an art therapist whose works are part of a journey to find her own identity as an artist and therapist; By comparing the graphical user interface (GUI) with artworks, Seungjo Jeong sees the GUI as an artistic layer where intriguing interactions occur between the artist and the viewer; Wojciech Gilewicz’s video raises questions about the role of paintings, a traditional form of art, and contemporary art (such as videos) in today’s art system; Ye-seul Choi explores the tactility of paper and its inherent materiality in its many diverse forms.