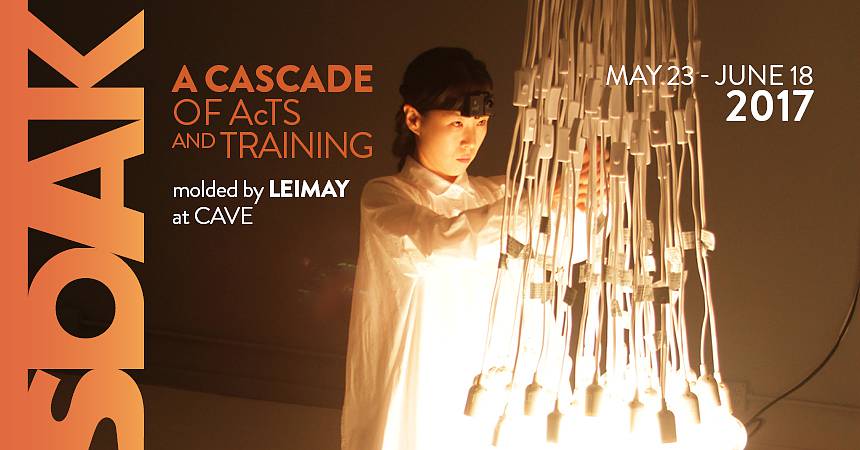 SOAK is a festival presenting a cascade of AcTS and training in theater, butoh, dance, music, and performance art every spring over four weeks in May and June. SOAK is molded by LEIMAY, the interdisciplinary ensemble and producing organization behind the acclaimed New York Butoh Festival. SOAK takes place at LEIMAY’s home, CAVE, in Williamsburg, Brooklyn.