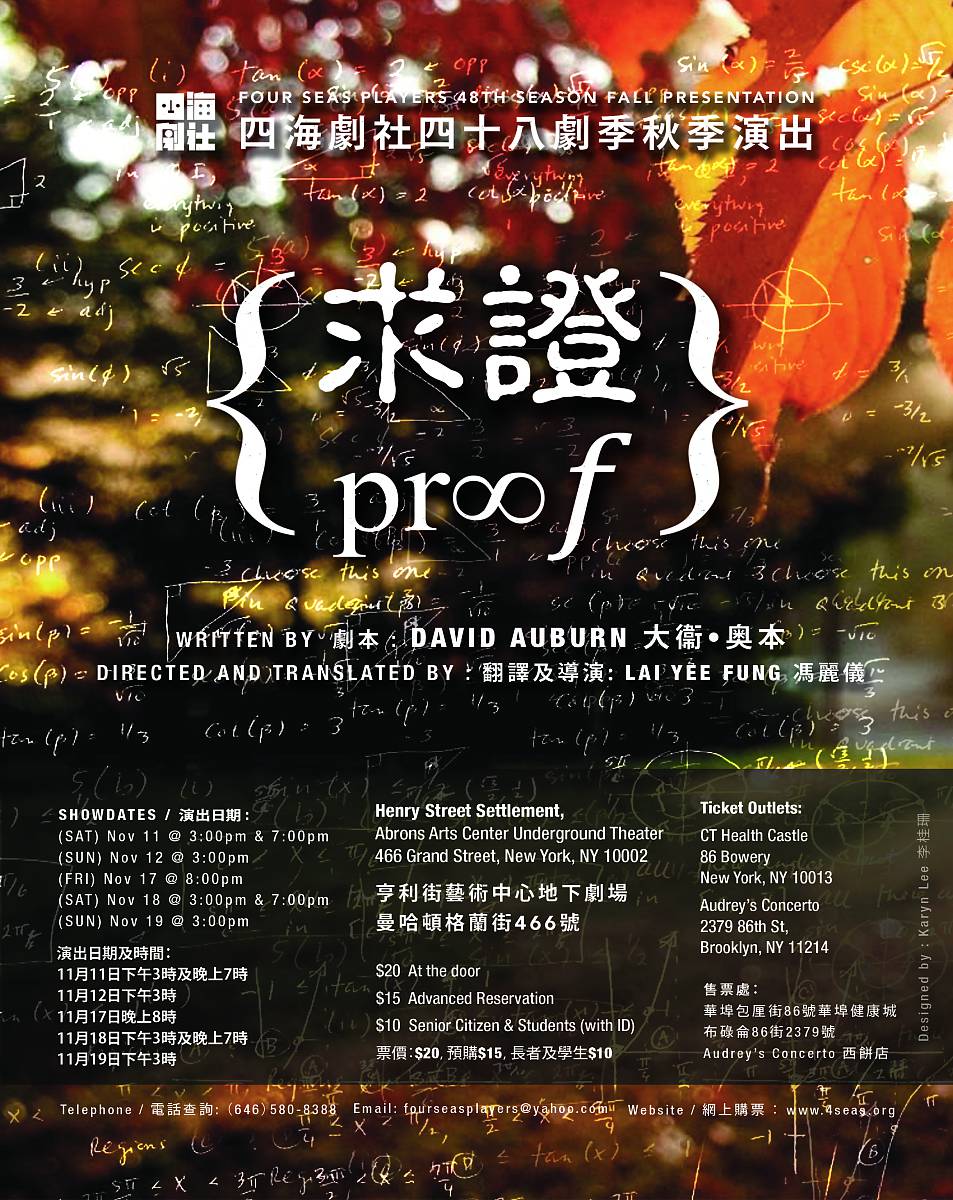 The Four Seas Players continues their 48th season with the recipient of the 2001 Pulitzer Prize for Drama, PROOF, a two-act drama written by David Auburn. The production is directed by Lai Yee Fung with a cast of four, to be performed in Chinese with English subtitles.

On the eve of her twenty-fifth birthday, Catherine, a troubled young woman, has spent years caring for her brilliant but unstable father, a famous mathematician. Now, following his death, she must deal with her own volatile emotions; the arrival of her estranged sister, Claire; and the attentions of Hal, a former student of her father’s who hopes to find valuable work in the 103 notebooks that her father left behind. Over the long weekend that follows, a burgeoning romance and the discovery of a mysterious notebook draw Catherine into the most difficult problem of all: How much of her father’s madness–or genius–has she inherited?

Four Seas Players was established as a community outreach program for old and new Chinese immigrants of different generations. It cultivates an interest in and appreciation for the performing arts, through artistic involvement, thus nurtures a harmony of spirits in the Chinese community.