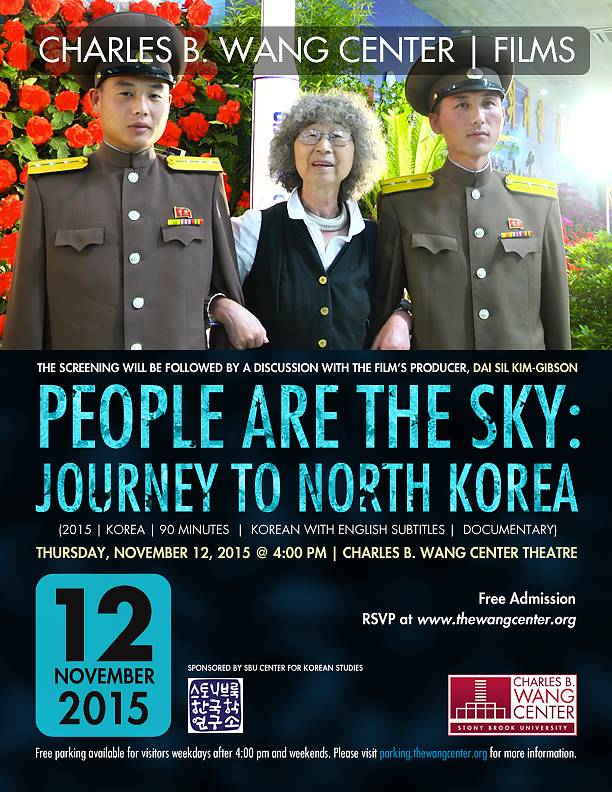 People are the Sky: Journey to North Korea

People Are the Sky, Kim-Gibson’s eighth, and most personal film, connects two ideas: the search for home, and the nature of ordinary people, while exploring the evolution of the Democratic People’s Republic of Korea (DPRK) in relation to the Republic of Korea (ROK) and the USA. The film’s title was inspired by Dong Hak, or eastern learning, the indigenous Korean religion / philosophy that arose in the late 19th century. Dong Hak teaches that God is Ha Nu Nim – he who resides in the sky – and that all people are equal with God: a teaching that elevates common people and gives rise to the saying “People Are the Sky.”