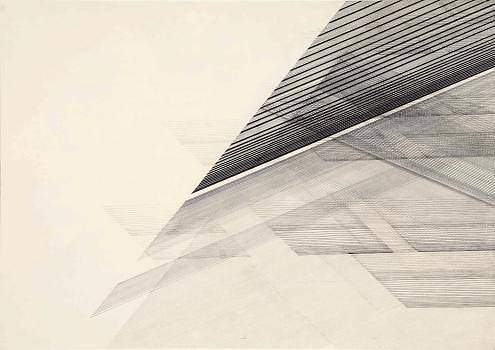 Nasreen Mohamedi at the Met Breuer

Celebrating one of the most important artists to emerge in post-Independence India, and marking the first museum retrospective of the artist’s work in the United States, Nasreen Mohamedi examines the career of an artist whose singular and sustained engagement with abstraction adds a rich layer to the history of South Asian art and to modernism on an international level. The retrospective spans the entire career of Mohamedi (1937–1990)—from her early works in the 1960s through her late works on paper in the 1980s—exploring the conceptual complexity and visual subtlety that made her work unique for its time, and demonstrating why she is considered one of the most significant artists of her generation. Together with the thematic exhibition Unfinished: Thoughts Left Visible, Nasreen Mohamedi inaugurates The Met Breuer, which expands upon The Met’s modern and contemporary art program.