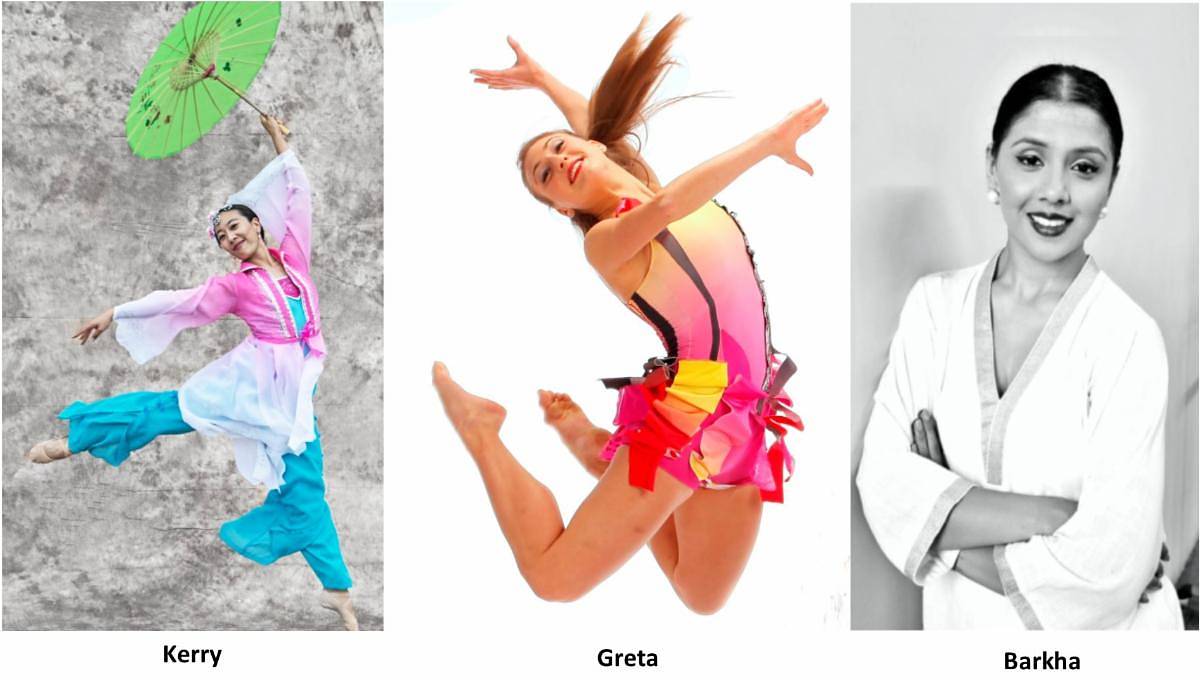 In the midst of the COVID-19 crisis, the Nai-Ni Chen Dance Company is keeping its dancers in shape by conducting regular Company Classes and rehearsals online from Nai-Ni and Company dancer’s living rooms using Zoom.  After a few weeks, Company members and Nai-Ni invited former dancers of the Company and friends to join through Zoom.  At the same time, company dancers translated their online dance teaching skills to serve K-12 students and students with disabilities in underserved communities.  Dance has brought them rays of hope and joy in their confined environment.

Barkha Patel is an Indian classical Kathak dancer, choreographer, and educator. As a preservationist of Kathak dance, Barkha believes in sharing stories through abhinaya, deep facial expressions, and nritta, traditional and innovative movement. Recently, Barkha completed her choreographic fellowship with Jersey Moves and received the prestigious Choreographer Fellowship from the New Jersey State Council on the Arts. As an educator,  Barkha conducts dance classes and master workshops in New York and New Jersey.

Kerry Lee is the Co-Artistic Director of the Atlanta Chinese Dance Company and a former principal dancer of the Nai-Ni Chen Dance Company. After graduating from Stanford University with an engineering degree and working for a top ranked economic consulting firm, she followed her heart into the professional dance world in New York City. As a traditional Chinese and modern/contemporary dance artist, Kerry performed throughout the US and the British Virgin Islands with the Nai-Ni Chen Dance Company, H.T. Chen & Dancers, Dance China NY, and gloATL before returning home to co-lead the Atlanta Chinese Dance Company with her mother Hwee-Eng Y. Lee. Among other honors, Kerry was the only Chinese dancer among the finalists who received a ticket on So You Think You Can Dance Season 11. Learn more about Kerry at www.kerryylee.com

Yuka Notsuka born in Fukuoka, Japan, is a member of the Nai-Ni Chen Dance Company. She began her Ballet training in her hometown at age four. Later she broadened her training to include Jazz and Tap. Later Yuka moved to New York City to further pursue her career as a dancer. In 2015 she entered the Ailey School as a scholarship student. She performed in Ailey Spirit Gala Concert at Lincoln Center choreographed by Tracy Inman (Co-Director, The Ailey School) and Robert Battle (Artistic director of Alvin Ailey American Dance Theater). Yuka joined the Nai-Ni Chen Dance Company in 2017. She also has been in training and served as Teaching Assistant at the Luigi Jazz Dance Center under Francis J. Roach.

A blossom of color, energy and motion, "like endlessly proliferating forces of cosmic energy,“ says the New York Times.