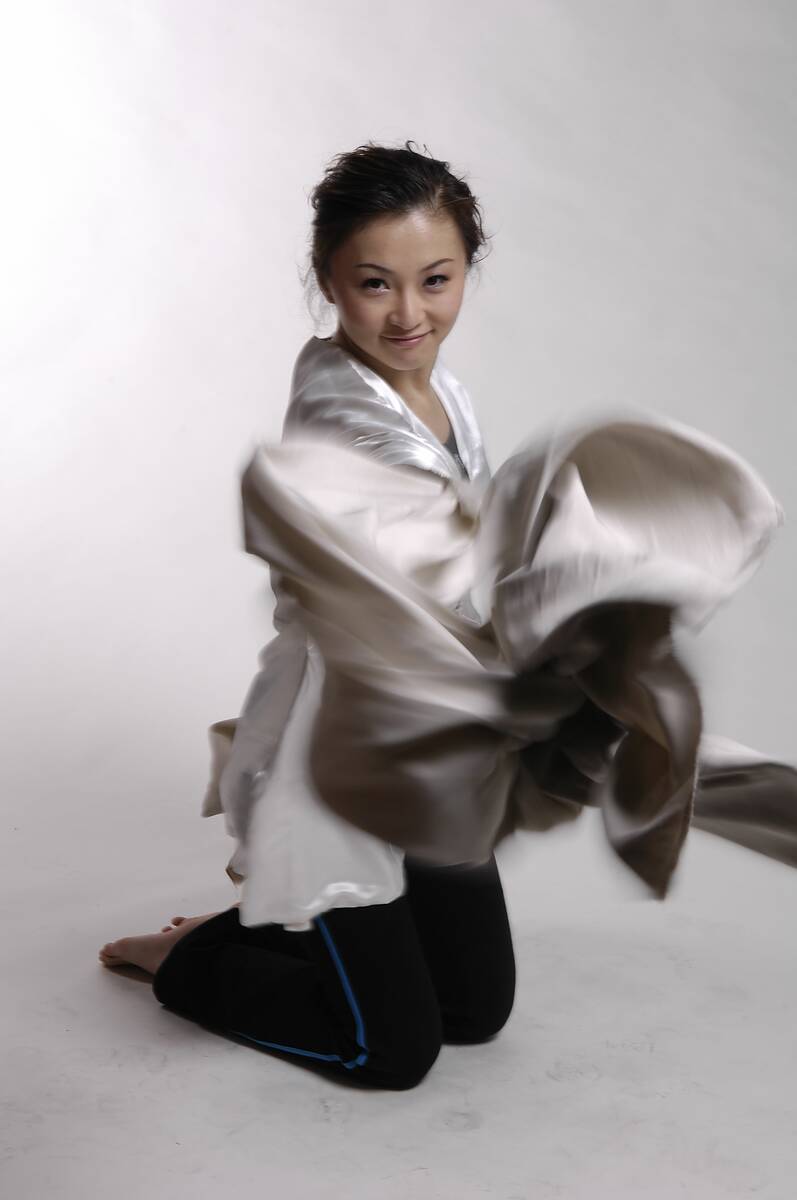 Nai-Ni Chen Dance Company, a rare Asian American women-led dance company, has been mourning the loss of its artistic leader Nai-Ni Chen for the past week. Ms. Chen is an embodiment of immigrant Chinese American dance artists who came to America to contribute to the world of dance and has since created a company with deep roots in many aspects of community life. Her sudden passing also leaves a legacy of 30 years of work to create cross-cultural dances that empower the next generation of immigrant artists and honors diverse influences in mainstream American culture. To ensure Ms. Chen’s legacy continues to flourish, grow, and inspire the generations to come, the Nai-Ni Chen Dance Company Board of Directors and Executive Director Andrew Chiang announce the appointment of three new artistic leaders for the Nai-Ni Chen Dance Company.

To ensure continuity of leadership, the Company elevates Associate Artistic Director Greta Campo to the position of Interim Artistic Director. Greta has been working with Nai-Ni Chen since 2012 and has participated in most of the Company’s performances. An award-winning dancer in her own right, Ms. Campo is loved and respected by all the dancers of the Company. Greta said: “Throughout Nai-Ni’s thirty-year legacy, I had the privilege to dance and work closely with her for the past decade. During this time, I discovered her unique way of communicating her voice to the world. Spending hours with her every day in the dance studio, I grew in confidence professionally, thanks to her distinctive gift of always bringing out the best in her dancers by pushing them to do better, working hard in a quest for details and precision, while still dancing with both power and grace. This is an approach to dance that I will always follow and I am grateful to have witnessed. Even if she is not here with me physically, I do feel her strength next to me, which gives me the confidence to face the challenge of keeping the Company alive and continue her teachings and legacy of hard work. I will do that humbly, with perseverance, strength and humility, as she taught me. I have always admired her warrior spirit that shone through her as a dancer and as a person, and I will carry it with me every day.”

To ensure Nai-Ni’s extensive efforts in preservation and education in the Chinese American community and her work in introducing the dances from her heritage to all the communities continue, the Company appoints Ying Shi as Choreographer/Director of Traditional Dance and Preservation. Ms. Shi danced with Nai-Ni Chen from 2013 to 2018 as a soloist and Chinese Dance specialist. She has since created one of the largest community dance studios in the NY/NJ Chinese American community with locations in Flushing and Livingston, NJ. She is highly respected among her peers and has followed Nai-Ni Chen every step of the way since she came to the United States. Shi Ying said: “I joined Nai-Ni Dance Company when I first arrived in New York, focusing on the Chinese dance program, and inheriting knowledge from Teacher Nai-Ni each step along the way. From 2013 through 2018, I worked full-time with Teacher Nai-Ni, spending a lot of time in rehearsals and doing teaching exchanges. We performed and taught together—from elementary schools to colleges, throughout New York and New Jersey—bringing the beauty Chinese dance to American audiences. In 2019, I created my own two New Jersey dance schools in Flushing and Livingston, while still having opportunities to perform with and learn from Nai-Ni. Teacher Nai-Ni is my mentor, who taught me how to be a good actress, a good teacher, and a good cultural messenger in New York City. I am heartbroken to lose her and will miss her forever!”

Well known for her powerful, elegant and precision oriented new work that seamlessly integrates the beauty of Asian art with the dynamism of American modern dance, Nai-Ni Chen left a legacy of pioneering contemporary works as well as new projects yet to be completed. To ensure her creative path continues to shine, the Company appoints world renowned dancer/choreographer PeiJu Chien-Pott to the position of Choreographer/Director of Contemporary/Creative Dance. PeiJu and Nai-Ni are both immigrants from Taiwan, and they have worked together in many projects serving the Asian American community PeiJu said: “Nai-Ni has served as a role model to me, reminding myself of who I am and where I came from. She has been an important bridge, connecting East and West cultures and creating a platform for the artists to raise their creative voices and challenge themselves to seek out how this cultural mixture of sociality sparks our creativity and vision. It is an honor to carry Nai-Ni’s legacy and continue serving the Asian American community. Her vivid and generous image will forever stay with us.”

The Board and Executive Director Andrew Chiang also wish to express sincere gratitude towards the Nai-Ni Chen Dance Company dancers, who have unanimously committed to work together to ensure the Company’s work continues to bring joy and hope to the community.

Please join us to congratulate the team and support them on this new journey to help the Nai-Ni Chen Dance Company to achieve its mission.

Choreographer/Dancer, Nai-Ni Chen, is a unique artist whose work crosses cultural boundaries. Each of her dances reflect her personal vision as an immigrant and an American female artist with deep roots in the Asian culture. From this very personal perspective, she creates new works that reflect current issues with global influences. Many of her works have been developed in collaboration with renowned artists such as the Ahn Trio, Glen Velez, Joan La Barbara, Myung Hee Cho, Karen Young, Bei Dao among others. Bridging the grace of Asian elegance and American dynamism, the Nai-Ni Chen Dance Company is a premier provider of innovative cultural experiences that reflect the inspiring hope and energy of the immigrant’s journey. The company’s ground-breaking works have focused on themes from ancient legends that reflect issues of the present time to purely abstract, contemporary dances influenced by a mix of cultures Nai-Ni Chen experienced in New York. An Asian American company that celebrates cross-cultural experience, the Company’s productions naturally bring forth issues of identity, authenticity, and equality. The Company has presented at some of the most prestigious concert halls such as the Joyce Theater, Lincoln Center in New York, and the Tampa Bay Performing Arts Center in Florida. The Company appears annually at the New Jersey Performing Arts Center, Queens College, the College of Staten Island and on Ellis Island. Internationally, the Company has presented at international festivals including Open Look Festival in Russia, the Silesian International Contemporary Dance Festival, the Konfrontations International Festival in Poland, the Chang Mu International Dance Festival in Korea, the Meet in Beijing International Arts Festival in China, and the Tamaulipas International Arts Festival in Mexico. The Nai-Ni Chen Dance Company has received more than 20 awards from the National Endowment for the Arts and numerous Citations of Excellence and grants from the New Jersey State Council on the Arts. Advancing Dance Education, the Nai-Ni Chen Dance Company is currently in residence in New Jersey City University pioneering a program with the University's A Harry Moore Laboratory School teaching dance to urban children with disabilities. For additional Company information, visit their website, www.nainichen.org; write to Nai-Ni Chen Dance Company, P.O. Box 1121, Fort Lee, NJ 07024; or call (800) 650- 0246.

Greta Campo - Interim Artistic Director, began dance training in her native Milan at the Carcano Theater, where she was first introduced to Martha Graham’s work. At age 19, she began the Professional Training Program at the Martha Graham School in NYC and, after a couple of months, she joined Graham II, performing in ensemble and solo roles. She performed with the Martha Graham Dance Company in their 2012 New York Season and has also travelled nationally and internationally with them as a member of the corps. She completed the Teacher Training Program at the School. Greta received the 2016 Rising Star Award from Fini Dance Festival. Ms. Campo joined the Nai-Ni Chen Dance Company in 2012, besides dancing she teaches for several teaching projects with the Company, including dance classes for kids with disabilities, for public school kids, she has taught college students and masterclasses with Nai-Ni Chen. Since the Pandemic Ms. Campo has been teaching the Company Style, Kinetic Spiral, via Zoom. She joined different projects with Buglisi Dance Theater in 2019.

PeiJu Chien-Pott - Director of Contemporary/Creative Dance is an internationally acclaimed contemporary dance artist from Taiwan, described as "one of the greatest living modern dancers”, celebrated particularly for her work as Principal Dancer with the Martha Graham Dance Company and her performances in the iconic roles of the Graham repertory. On the theater stage, PeiJu was a Principal Actress in the latest Kung Fu musical “Dragon Spring Phoenix Rise” commissioned by The Shed and choreographed by Akram Khan. She holds a BFA in Dance from the prestigious university, Taipei National University of the Arts where she’s honored with an “Outstanding Alumni Award”. Her many awards include a Bessie for “Outstanding Performance”, Positano Premia La Danza Leonide Massine for “Best Female Contemporary Dancer”, Capri International Dance Awards, included “Best Performers” in the 2014 and 2017 Dance Magazines, and numerous awards in her native Taiwan. PeiJu currently serves as a faculty member at The Ailey School and her commercial work is represented by MMG New York.

Shi Ying - Choreographer/Director of Traditional Dance and Preservation, is from Beijing, China. Ying received her Bachelor’s Degree in Chinese Dance from the Beijing Dance Academy and her Master’s Degree from the School of Arts at Peking University. Her extensive experience teaching Chinese Classical Dance includes the Ailian Chan Dance School (Beijing), the Beijing Dance Academy and the Tsinghua University Dance Troupe. As a young dancer, she was a member of the Nanchang Song & Dance Troupe in the Jiangxi Province. She joined the Nai-Ni Chen Dance Company in 2013 and established her own school in 2019. She is the gold medal award winner of the Overseas TaoLi Cup Professional division in 2019.

Programs of the Nai-Ni Chen Dance Company are made possible by the generous support of our Board members, the National Endowment for the Arts, the New Jersey State Council on the Arts/Department of State, a Partner Agency of the National Endowment for the Arts, The Mid-Atlantic Arts Foundation (MAAF), the New Jersey Cultural Trust, the New York State Council on the Arts with the support of Governor Kathy Hochul and the New York State Legislature, The New Jersey Arts and Culture Recovery Fund administered by the Princeton Area Community Foundation, the Geraldine R. Dodge Foundation, the Hyde and Watson Foundation, E.J. Grassman Trust, The Horizon Foundation for New Jersey, New Music USA, the Blanche & Irving Laurie Foundation, Dance/NYC Dance Advancement Fund, the Rapid Response Program of American Dance Abroad, the Association of Performing Arts Presenters’ Cultural Exchange Fund, supported by the Andrew W. Mellon Foundation, PSEG, Proskauer, WAC Lighting, the Glow Foundation, and the Dragon and Phoenix Foundation.